What is a comet?

Comets are collections of rocky material and ices, sometimes referred to as “dirty snowballs”. One of their key features is their large abundance of so-called “volatile” compounds, things like carbon dioxide, water and noble gases that sublimate (change from solid to gas) very easily. As a result, when they approach the Sun and begin to heat up, the volatiles begin to outgas, generating a visible atmosphere around the centre of the comet known as the coma. It is this that allows a comet to be distinguished from an asteroid.

As large amounts of volatiles still remain within comets, it suggests that they were initially formed at great distances from the sun, much further away that most planets or asteroids and that they have remained at low temperatures since formation. As a result, the materials preserved in comets should be similar to those present at the beginning of the solar system.

Structure of a comet 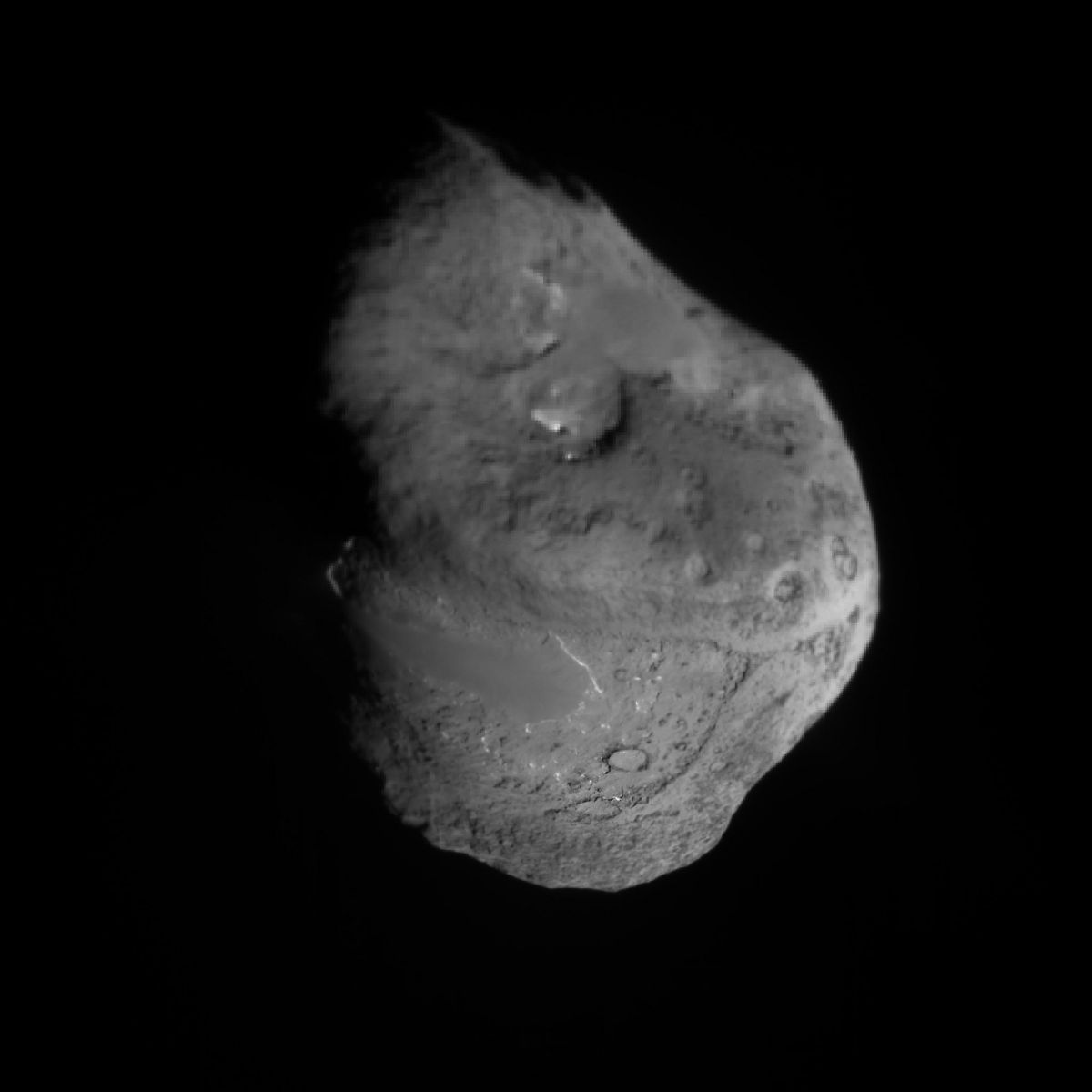 There are three major visible components of a comet. The first, and the only part that is constantly visible, is the comet nucleus. This is the central part of the comet and the only part that is solid. It consists of varying proportions of rock, dust, ice and gas that give comets their “dirty snowball” reputation. However, as they typically contain more rocky material than ice, the dirty snowball analogy is not actually correct. The surface of the nucleus is almost completely black while the nucleus itself is typically a few tens of km across. 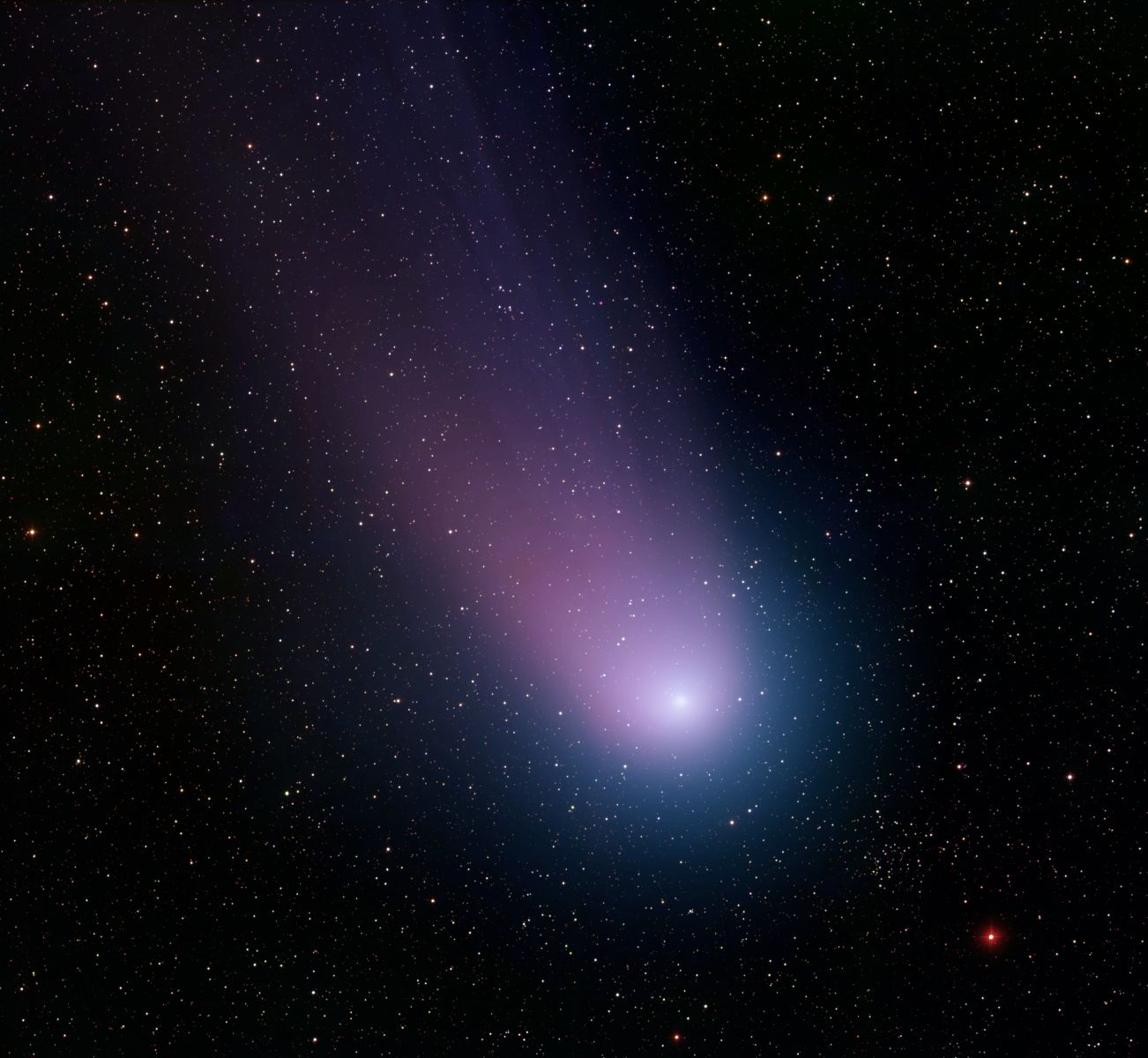 Image of comet NEAT. The coma is visible as the blue haze surrounding the bright central point (the nucleus). Image credit: NASA

The comet increasingly warms as it gets closer to the sun, which causes some of the ices to sublimate. This releases significant amounts of dust and gas, predominantly water vapour, from the comet nucleus. This creates a haze around the comet nucleus known as the coma, which is illuminated by the sun, making it visible, especially as the coma expands. Indeed, some cometary comas have been known that are larger than the sun.

Tails released from a comet. The upper, blue, tail is the ion tail and the lower tail is the dust tail Credit: DLR

As the comet moves, some of the larger particles are left behind, forming part of the tail. In addition charged particles released from the sun, known as the solar wind, also bombard the comet as well as ultraviolet light from the sun. The UV causes some particles to be ionised and ejected from the coma, which in turn produces a magnetic field. The presence of the solar wind causes the field to distort, with the result that the charged particle component of the tail streams out behind the comet to the side facing away from the sun. Comets actually have two tails, the ion tail is formed by the process of sublimation and ionisation of gas while the dust tail is the release of the silicate dust from the surface of the nucleus.