The Rosetta mission is an ongoing ESA science mission that is the first to orbit a comet and to drop a lander in controlled fashion onto the surface. It was approved in 1993 and originally intended to head for comet 46 P/Wirtanen. However, after the initial launch date was postponed as the result of a failure of the Ariane launch rocket the target was changed to comet 67 P/Churyumov-Gerasimenko and the mission was successfully launched in March 2004. 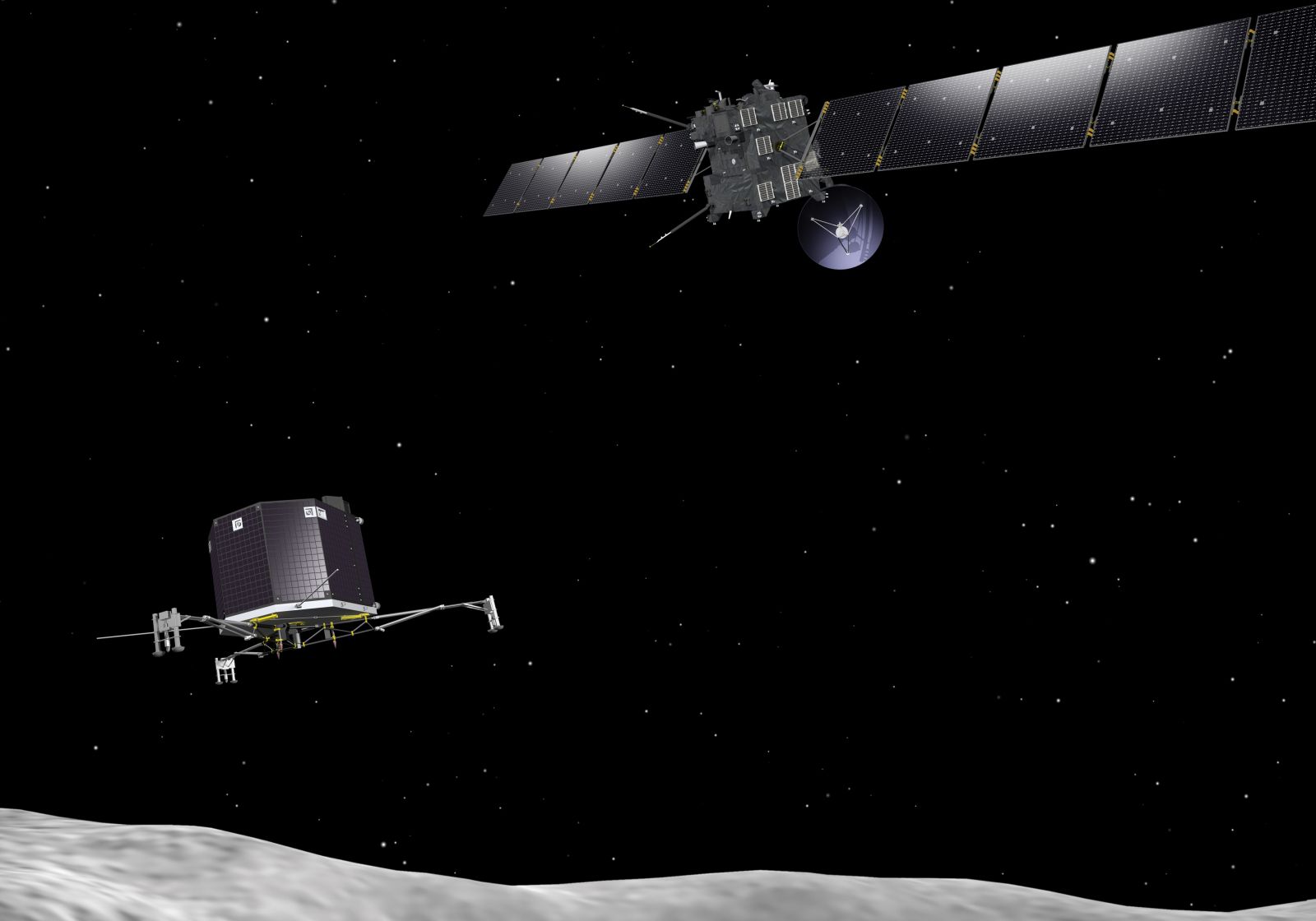 Due to the distance of comet 67 P from Earth, it was not possible to send Rosetta directly. Instead, Rosetta was required to orbit the sun several times, passing through the asteroid belt twice and gaining gravity boosts from three close flybys of Earth (in 2005, 2007 and 2009) and one of Mars (in 2007). On its journeys through the asteroid belt, Rosetta was also able to perform close flybys of two asteroids, (2867) Steins in 2008 and (21) Lutetia in 2010, on both occasions returning stunning imagery that has greatly improved our understanding of these two bodies. In 2011 Rosetta was put into hibernation to conserve power before being awoken on the 21st of January 2014, the continued operation of the spacecraft confirmed after an agonising 6-hour wait. On the 6th of August, Rosetta went into orbit around comet 67P, releasing the Philae lander to the 'Agilkia' landing site on the 12th of November. While the lander bounced upon impact several times before coming to rest, it was still able to send back a significant amount of data alonside stunning images of the comet's surface.