In the mid-1980s the world waited for a long anticipated return of Halley’s comet. This frequent visitor to the inner solar system returns every 76 years. This time, in March 1986, it would be met by an ‘armada’ of spacecraft – VEGA-1 and 2 from Russia, Suisei and Sakigake from Japan - and Giotto, ESA’s first interplanetary mission. Giotto’s 10 instruments included a camera and instruments to study dust, neutral gas and plasma. Two of the instruments were led by UK Principal Investigators: the Dust Impact Detector (DID, Tony McDonnell, University of Kent), and the Johnstone Plasma Analyser (JPA, Alan Johnstone, UCL-MSSL). There was also UK involvement in the camera team, and there was a key industrial involvement with British Aerospace (Filton) the prime contractor for the spacecraft. UK scientists were also involved in an instrument on NASA’s ICE mission which encountered comet Giacobini-Zinner the previous year. 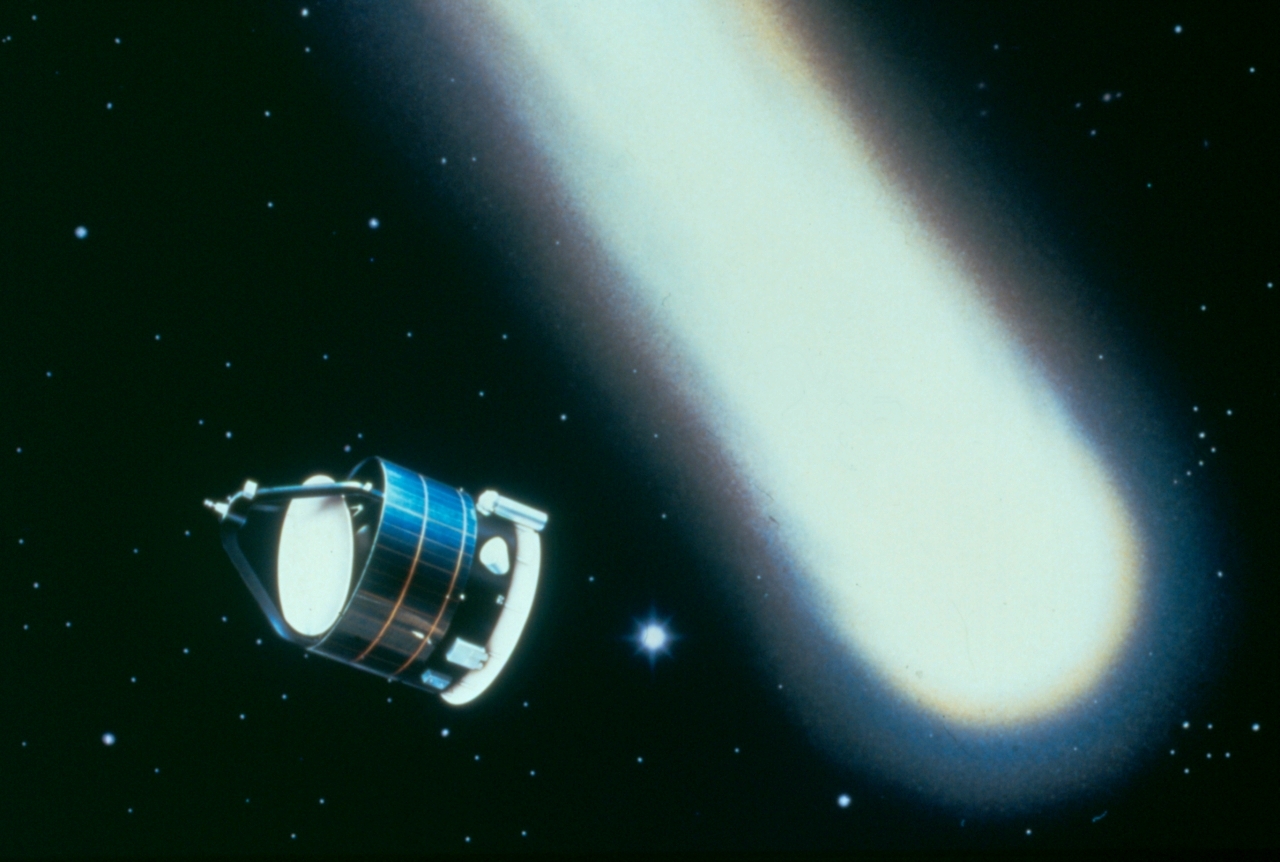 The Giotto flyby of comet Halley was very fast, with a relative speed of 68.4 km/s, but was also close with a flyby distance of ~500km. This was fast enough that dust was a hazard as well as a science target – and near closest approach an impact from a large dust particle carried enough energy to tilt Giotto’s angular momentum vector 0.9 degrees off its axis, enough to cause intermittent data return due to the directional antenna. This was corrected by the on-board nutation damper after 32 minutes. The instrument teams, including JPA, had a flurry of activity commanding the instruments some of which had changed state - and the reward was excellent data from the outbound leg.

Analysis from DID revealed that the dust spectrum was unexpectedly dominated by larger (>10um) dust grains) and unexpected smaller particles were found as well. JPA data were the highest quality of all the spacecraft for looking at ‘ion pickup’, the key process in the plasma interaction with comets. Nuutral particles sublimed from the nucleus become ionised by sunlight and then interact with the solar wind. Well away from the comet, undeveloped ‘rings’ of new pickup ions around the magnetic field were seen, which changed to ‘bispherical shells’ nearer the comet due to interaction with waves. A complex bow shock was found at about a million km from the nucleus with a cometary ion ‘foot’. Inside the shock, a bifurcated ion spectrum was observed, with new pickup ions and old ones from upstream. Giotto also entered the magnetic cavity near the comet and a burst of ions was found there too – very relevant for Rosetta which will spend most of its time near the comet.

Six years later the excitement continued as Giotto encountered another much less active comet – Grigg-Skjellerup, at a slower relative speed of 13.8 km/s but closer at ~200 km. The measurements showed that the comet was about a factor 100 less active – and JPA found that the ions were non-gyrotropic near the bow shock and ring-like upstream, in contrast to Halley where developed shells of pickup ions were seen. In the DID data only 3 impacts were seen, but the size distribution again implied dominance by higher masses. The weaker comet gave a fascinating contrast to the stronger and more famous Halley.

With Rosetta having reached comet 67P/Churyumov-Gerasimenko, the results from Halley and GS can help with the analysis and interpretation of the plasma and dust data, and Giotto scientists are co-I on the RPC (Andrew Coates) and Giada (Simon Green) teams. Activity is starting to build up, but it is expected that at most 67P will be almost as active as Grigg-Skjellerup near to perihelion. From the plasma point of view, watching the activity develop from close range as the comet approaches the Sun is an interesting and exciting opportunity – one where Giotto scientists will help with the interpretation.