A themed sequence of poems from Michael W. Thomas

‘Other Than They Were’: Figures on a Municipal Ground.

When people, landscape and memory meet, the consequences are often unpredictable.  Memory, however, is the lynch-pin: that faculty which occupies the border between lived experience and fiction, that allows—often requires—that imagination should supply the deficits of recall.  Journalist and social commentator Ian Jack observes that ‘the present always depends upon the past, which makes the past a necessary subject of any reporter’s enquiry.’1  Any poet’s too, especially when they find prosaic aspects of their past suddenly, astonishingly, making lyrical noises.

In Batmans Hill, a themed sequence of poems, I return to certain people and places of my childhood. 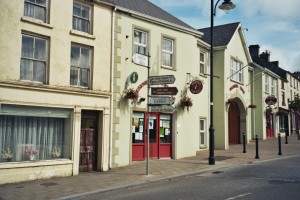 Distance, differing paths of life and (in some cases) death separate them from me now.  Yet, however clearly or imperfectly remembered, they played their parts, decisive or low-level, in shaping how I look back upon the often fragmented, always misty reaches of Then.

Running from 1961 to 1972, with one poem per year, Batmans Hill is an attempt to discover how place defined people and people humanised place in one corner of postwar municipal England—and to determine, as far as possible, how the caprices of memory and demands of poetry influence that discovery.  Well, I can tell myself all that now.  To begin with, I had no intention of writing a sequence at all.  A poem materialised (after all these years, that’s still the only term I can think of to describe how poems come about) concerning my mother and myself—specifically, the everlasting struggle between parent’s wish to get offspring out of the house and offspring’s insistence that darkened room and new Beach Boys single are worth any amount of exercise and fresh air. . . well, fresh between 11pm and 6am . . . this was the Black Country, nowadays sanitised under the name West Midlands.

Soon, however, other people started waving at me over that crumbling wall that separates recent-and-now from the days before Moon landings, the days of peril (Cuban Missile Crisis, Rolling Stones’ refusal to go on revolving roundabout at end of Sunday Night at the London Palladium), the days when adult voices dropped to a whisper to accommodate names like Rice-Davies and Profumo.   Here was Raymond Earl, spotted by a scout for Wolves, who used to do you the courtesy of explaining exactly how he was robbing you of the football (‘Yer do this, then tha’, then touch of tha’).  Here was Caroline Caswell, porcelain and otherworldly amongst all the black brick and factory sirens, who died long before her time.  And striding out past the ‘No Ball Games’ sign on a street-end triangle of grass, Trevor Anglin, dedicated follower of fashion, whom I fondly imagined being telephoned on a daily basis by Bowie, Jagger, Marc Bolan—‘Trev, ya gotta help me . . . New Year’s Eve at the Speakeasy—Trev, what-do-I-wear?’

And there were the places, half-shiny, half-decrepit.  There was the sky, still scored in faint white where the tram-cables had been.  There was the Big Hilly, last patch of open ground before you got out to Gospel End Village, Wombourne and sainted Shropshire.  Here, improbably, was Kilfinnane, County Limerick, where my mother’s folks still farmed: a summer-holiday interlude, a world of churns on market day, of hoarse voices admonishing tardy cattle with ‘Get out of all that.’

And here we were, Junior Two, reciting Alfred Noyes’ ‘In Lilac Time’ for a delegation of those half-friendly, half-sinister beings called school visitors:  ‘Go down to Kew in Lilac Time’, raggedly chorused on a November afternoon in an uncertainly floor-boarded classroom at Holy Trinity Roman Catholic, Junior-brackets-Mixed-close brackets and Infants’ School, Bilston.   Kew?  Bilston?  Not even the effortlessly be-glammed Trevor Anglin could bridge that gap.

In the end, it was a dramatically motley crew which allowed itself to be broken up and spread through Batmans Hill.  I’d like to think that, despite what I said at the start about memory’s need for imagination, these poems owe such impact as they might possess to unexpected surges of clarity.  But probably not: unlike Maurice Chevalier, I cannot blithely claim, ‘Yes, I remember it well.’  What I can remember, however, is Raymond Earl terrorising a goal-mouth amid the full-production depots and chimneys of what was—centuries ago, it now seems—the workshop of the world.

This entry was posted in poetry and tagged childhood, memory, place, themed sequence. Bookmark the permalink.