For some writers, and as a result for their admirers, entry to the kingdom of the imagination has been effected or symbolised by different talismanic objects. As a result, they have become iconic as keys or portals to the writer’s imagination.

These are the scales used by the writer Thomas de Quincey to measure out raw opium. They are accompanied by a small bottle which would once have contained laudanum, which as a solution of opium and port wine. De Quincey became an opium addict as a result of using laudanum to deal with pain as was common at the time; less common was the celebrated Confessions of an English Opium-Eater (1821), which explored the dreams induced by opium and rhapsodized ‘Thou hast the keys of Paradise, oh just, subtle, and mighty opium!’ The scales are on display at Dove Cottage, where de Quincey lived after the Wordsworths left. 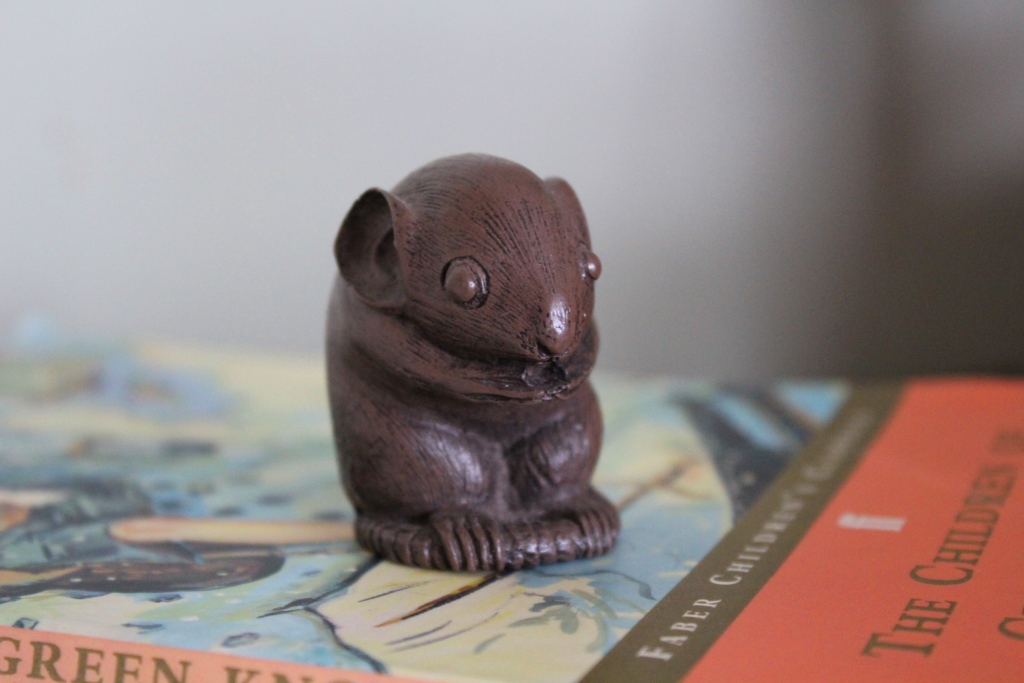 This is a replica netsuke of a fieldmouse, sold as a souvenir at The Manor, Hemingford Grey, in honour of the original netsuke which appears in The Children of Green Knowe (1954) as ‘Tolly’s mouse’. At night, the child Tolly experiences the mouse as ‘coming alive’ and as signalling his own entrance into the world of the past, populated by the ghosts of a family of friendly children. It therefore symbolises the possibility of entering through the child-imagination an expanded domain of reality.

This is said to have inspired the wardrobe through which the children entered Narnia in C.S. Lewis’ The Lion, the Witch and the Wardrobe (1984). Lewis provided it with additional back-story in The Magician’s Nephew (1955).  It belonged to the Lewis family, was played in by the author and his cousins as children, and was acquired at auction, along with Lewis’s desk and chair, in 1973 by Wheaton College, USA. The idea of this wardrobe as a portal to other worlds was powerful enough to inspire the unusual statue of C.S. Lewis in Belfast executed for the centenary of his birth in that city. Entitled ‘The Searcher’, it depicts Lewis going towards the wardrobe as a way of describing the writer caught in the very act of imagination.