To what extent or in what sense does an author die? If an author does not (quite) die, then what to do with the body? The history of the fates that have befallen individual authors’ corpses is long, varied, and often grotesque, but here are four examples of tombs and funerary monuments that try to convey the peculiar quality of authorship as at once dead but somehow perpetually alive. 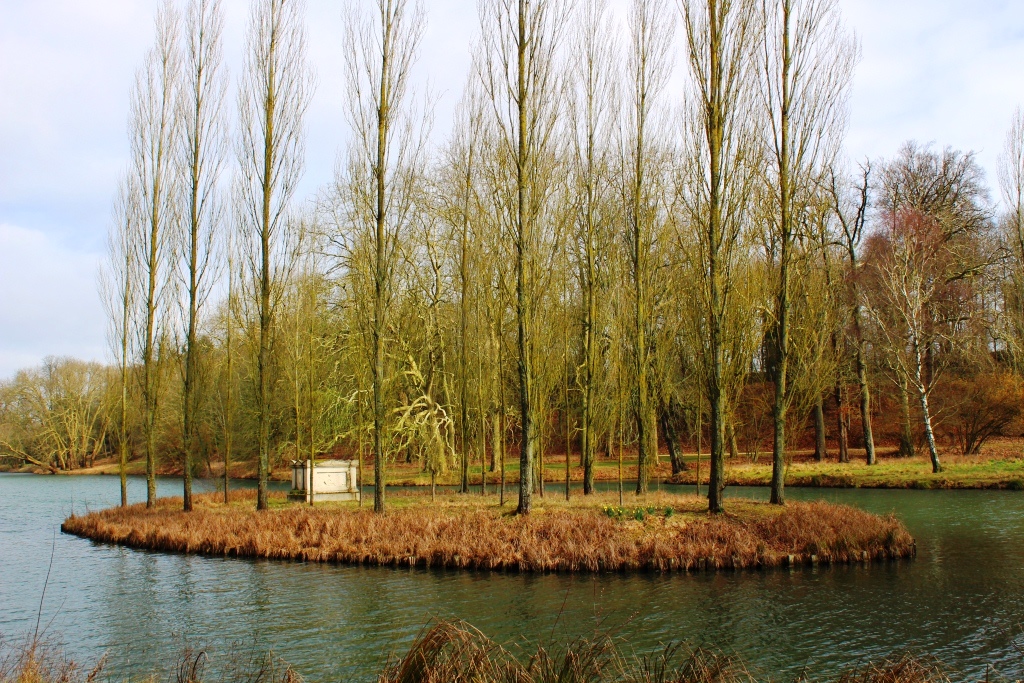 ‘Ici repose l’homme de la nature et de la vérité’ says the inscription – but it took quite a while for Jean-Jacques Rousseau’s body to fetch up here, reinterred in the newly deconsecrated church as a revolutionary patron saint. He had in the first instance been buried on an island in the landscaped estate of Ermenonville which belonged to his then patron.  This was convenient (Rousseau was too scandalous to be buried by the local church) but it was also aesthetically pleasing; Ermenonville was designed as a paysage moralisée, and had taken much of its inspiration from the cult of Rousseau as a philosopher of sentiment and nature. The tomb in Ermenoville thus made him into the eternal genius of the place. By contrast, this tomb describes Rousseau as an Enlightened prophet of the French Revolution. But as you can see, it still makes claims for writerly immortality. Considering that he had been by this time long-dead, he is imagined as unnervingly lively.

The epitaph Keats wrote for his own tombstone laments his failure to become an author: ‘Here lies one whose name was writ in water.’ His sense of impending erasure was such that, by his own request, not even his name appears on the stone. All the same, the voice of the poet here is made to speak directly to the viewer. 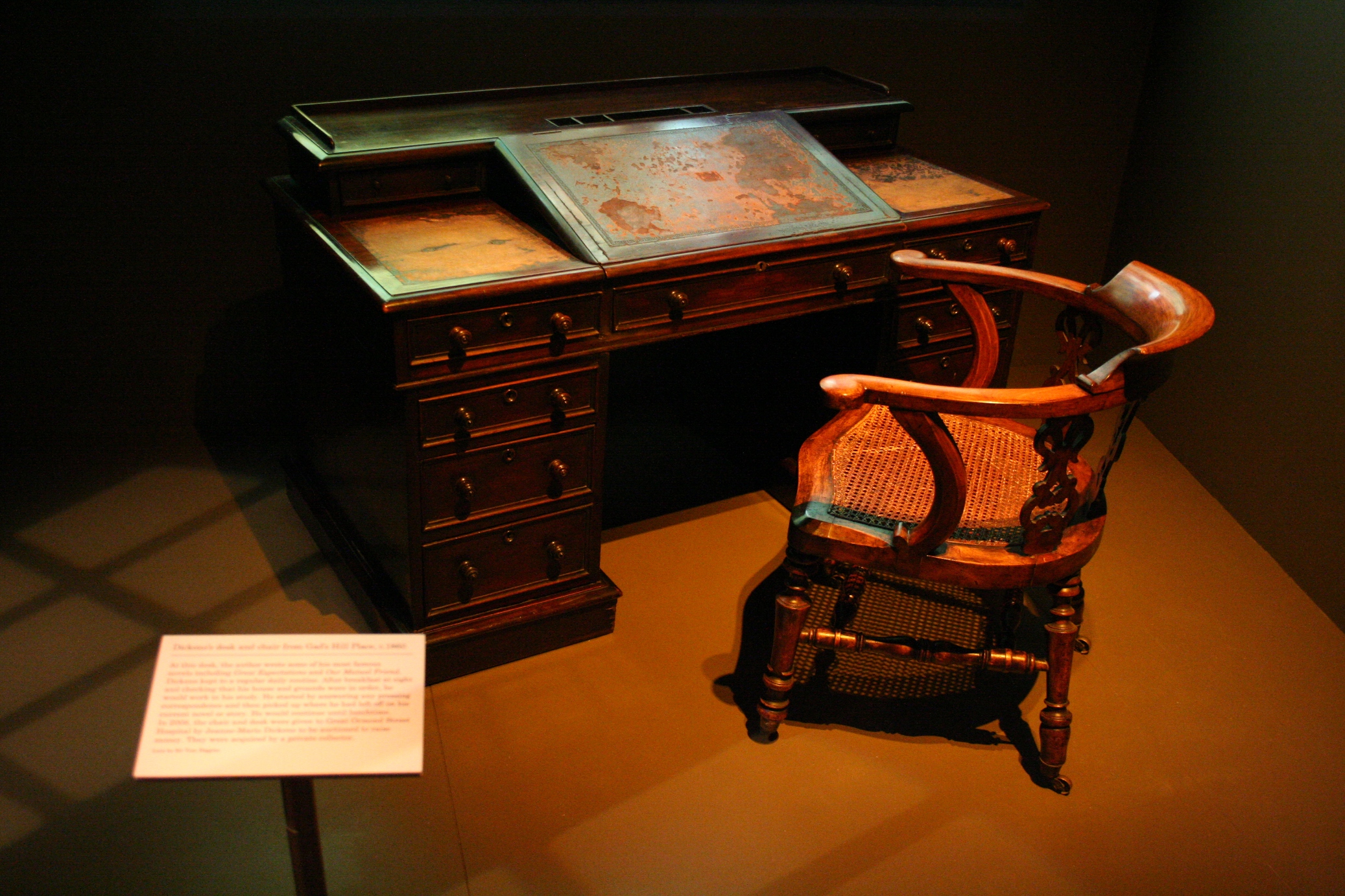 This chair hardly looks like a grave, but it is in some sense a funerary monument. For the Victorian public the most important and widely circulated image of Dickens’ sudden death ‘from effusion of the brain’ was of this ‘empty chair’ which signified that The Mystery of Edwin Drood (1870) would remain a mystery for ever. The next instalment was not going to come out. It has remained an invitation to others to finish it. 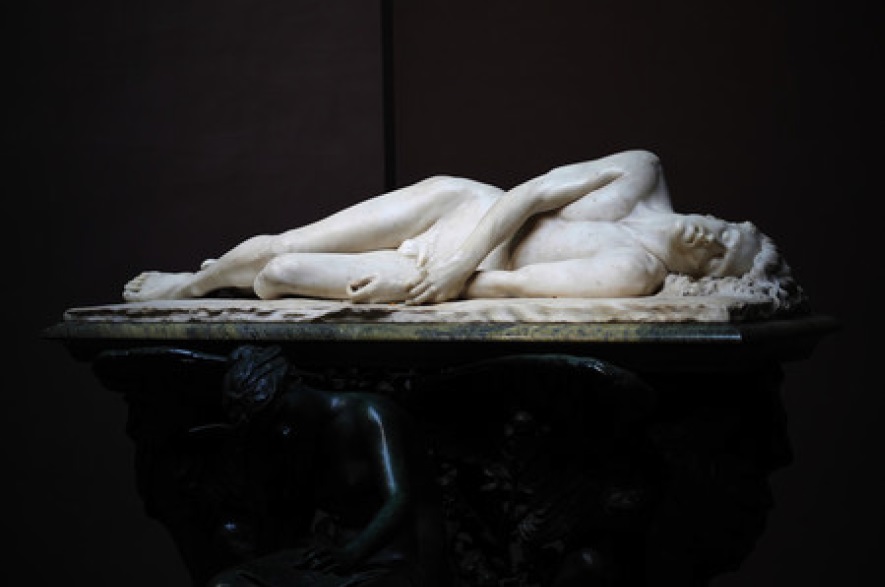 This is just one of three funerary monuments associated with Percy Bysshe Shelley. Designed originally for the beach in Italy where Shelley’s body was washed up (clothed, it eventually washed up in the Oxford college from which he had been expelled for atheism. As The Speaker put it in 1893: ‘It is as if the restless sea, in whose breast he had been tossed all those years, had laid him at last upon the threshold from which he had been first cast forth….For Shelley’s storm-driven spirit where so fitting a spot to rest as amid the benign peace of Oxford?’ It is probably the only statue to depict an author both naked and dead. The dome that rises above the figure, however, uses lines from Shelley’s poem Adonais as elegy; thus the poet speaks his own death.