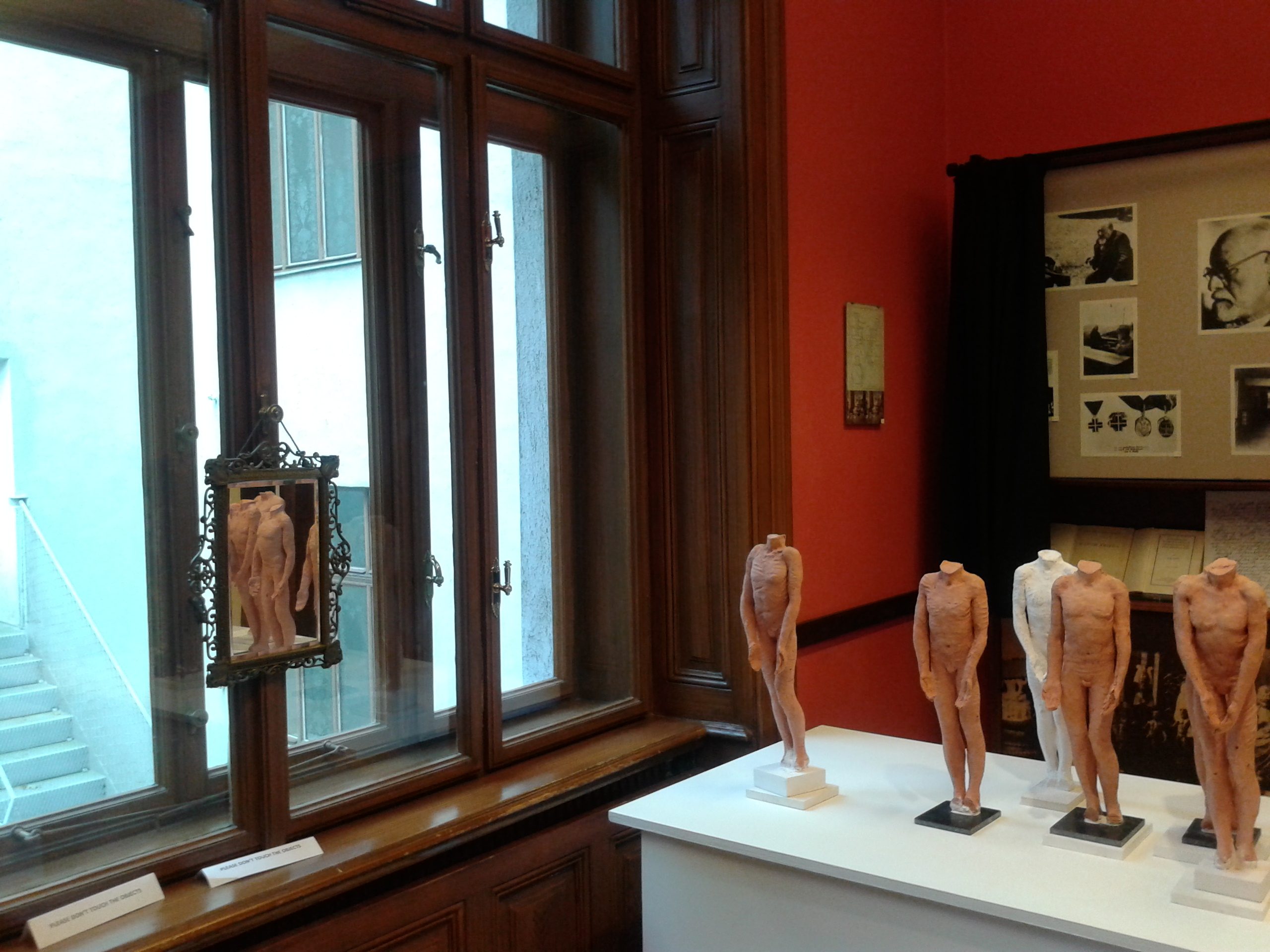 It is not accidental that mirrors in writer’s house museums are sometimes written up as ‘having once shown such and such’s face to herself’, or as prone to showing the author’s ghost. Nor does the mirror stop at showing lost bodies. It may shadow lost spaces. Perhaps the most remarkable instance of a mirror functioning as a witness-object in this respect is the one that presently hangs against the window of the study that Sigmund Freud used in his apartment on the Berggasse in Vienna. At the first glance it is simply unusual: it is small, rectangular and inexpensively framed; its positioning on the window is unorthodox and provides no surface for toiletries or shaving equipment, and anyway, it hangs just behind Freud’s desk, a position that would have put it just behind the doctor’s left shoulder.  A photograph of 1938 confirms this positioning.

Enquiry has found that the mirror had a clinical purpose, designed to force patients to watch themselves rather than the doctor as they related their life-stories. For Freud the reflection in the mirror is also a self-portrait projected onto the outside world. But more remarkably for my purposes here, it that the mirror proves to be almost the only ‘authentic’ thing in the study. Everything else on display, including the consulting couch, is a faithful replica of the original furnishings. Freud fled Vienna for London under the threat of Nazi persecution in 1938, taking the entirety of his effects with him. The set-up of his study was replicated in 20 Maresfield Gardens, London, including this mirror, in 1939. Recently it was gifted by his daughter Anna Freud to the new museum in Vienna, to hang in the room that had once been his study, along with a photographic wall-mural showing the study as it had been before the move. Freud’s mirror, then, describes more poignantly and eloquently than most mirrors can one of the peculiar qualities of mirror-image. The authentic mirror, in reflecting the photographs, at once speaks of what it should, but cannot, reflect: the reality of what it once witnessed. It speaks, too, of the aesthetic of replication and reversal that determines both the study in London and that in Vienna, mirroring each other, both ambiguously the real thing rather than the reflection.