When I was part way through my doctoral thesis, I wrote a blog post (which, by the way, is a good procrastination technique when the literature review proves tricky). I’d been inspired by Howard Goodall’s exhortation to ‘make the story from the data’ and committed myself to writing a thesis that told a compelling story.

The writing group on which my thesis focused (and in which I was an active participant) gradually revealed the powerful effect of one small group of academics making time together to write and the compelling story was there for the taking. We, its characters told our individual tales of shifting academic identities, we acknowledged the complex emotions that accompanied our writing efforts and we lamented the institutional challenges that often seemed to hamper our progress. And as these tales unfolded, so they intertwined and we began, together, to recognise the significance of the group in our writing lives.

The group had an important story to tell, but at the point of analysis, the volume of data was not insignificant. Creative tasks generated images, poetry, short narratives. Recorded conversations were transcribed. Our writing goals and reflections on progress were captured on planning sheets. We exchanged emails between sessions. My field notes incorporated ‘interpretive asides’. But these data also presented a more significant problem: how to faithfully tell the story in the final thesis.

I began a fairly standard thematic analysis with the data from the first two writing group sessions. I highlighted transcript excerpts, assigned initial codes and grouped these into possible themes. It felt like a straight, logical path leading safely to a standard findings and analysis chapter. But then I paused to acknowledge a growing unease: the process was stripping the data of its context. Somewhere in the midst of these disparate chunks of disconnected text, I had lost the voices of the participants that were crucial in understanding the group’s significance.

And so, perhaps rather late in the day (and as my supervisors calmly held their nerve), I returned to the data and started afresh, embarking on a narrative analysis that preserved interactions in their entirety, rather than in fragments. These were interspersed with other types of data, simultaneously weaving together the story of the writing group and exploring its significance. It felt more authentic as I ‘made the story’ and preserved the integrity of the data. Chapter 4 of my thesis told the individual stories of three of the writing group participants, followed by a fourth story of the group as whole.  There are those, my examiners amongst them, who preferred the more conventional ‘discussion’ chapter that followed, but Chapter 4 remains the one of which I am most proud.

The doctorate is in the bag at last. But the data analysis experience raised a question I’m still reflecting on: what’s the right balance between reporting our research findings and telling a compelling story for our readers? 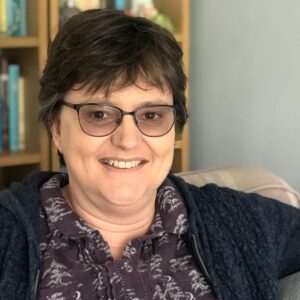 Claire Saunders is a Staff Tutor and director of Praxis, the Centre for Scholarship and Innovation in the Faculty of Wellbeing, Education and Language Studies at The Open University. Her doctoral thesis was entitled, ‘Building a community of learners in a university: An ethnographic study’ and investigated the role of a writing group in developing the academic writing practices of lecturers in a teaching-led university. Her ongoing research interests relate to the academic writing practices of both lecturers and students.

Photo by Yannick Pulver on Unsplash 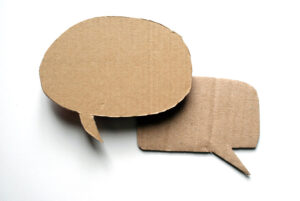 Monthly research conversations on paper, these blogs reflect on the practical challenges of being an education researcher and seek to share possible solutions as well as raise questions for the community.

This blog is protected by dr Dave\'s Spam Karma 2: 14 Spams eaten and counting...