Music and the Asylum in nineteenth-century Britain

Dr Rosemary Golding has secured funding from the Wellcome Trust to support a series of archive visits aimed at exploring the role of music within asylums in the nineteenth century. Asylum balls are a well-known feature of the institutions, but music was also present in regular recreations, outdoor events, and chapel services. Rosemary is particularly interested in whether music was identified as a potentially therapeutic tool, alongside its social and entertainment functions. 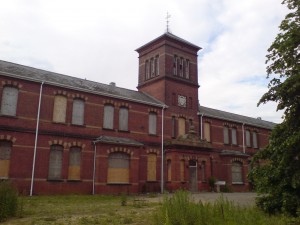 Rosemary began her archive visits in Norwich, where an asylum band was set up in the early 1860s in order to play for dances and other functions.

This work is the first part of a long-term project on relationships between music, health, morality, happiness and well-being in nineteenth-century Britain. You can follow the progress of Rosemary’s work on her blog: https://musichealthandhappiness.wordpress.com/