During the last couple of years I have been consulted by the design team of a leading international fashion house. This has been a surprise to me as well as to everyone who knows me. No-one has ever associated me with fashion. Happily, the design team did not approach me for fashion tips. Rather, they had been approached with an idea about ‘animism’ and wanted to understand it better. In particular, they were reflecting on how animist ideas and practices might aid their development of ethical, ecological and socially responsible and respectful clothes and accessories. They had a good track record in doing similar things but wanted to go further. They understood that ‘animism’ suggests something about good relationships with the larger-than-human world but its association with Indigenous people raised concerns about cultural appropriation. 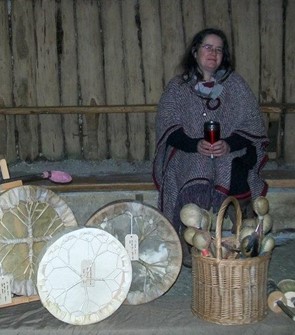 Kate Fletcher with some of her drums

I talked with several groups within the company – including lawyers concerned about the ownership of cultural knowledge. Mostly I provided an orientation to recent research about animism – emphasising that the term is increasingly used to refer to ways of engaging with the world as a community of related beings, and of many co-evolving species, all of whom deserve respect. Animism, in this sense, is about seeking to act respectfully towards other beings, including those who provide us with food and clothes and other necessities. In the words of one animist when asked what a ceremonial drum costs, “a drum costs the life of the animal who gives its skin”. How people value such a drum may be expressed in how, why and where they play the drum. It might be asked what difference it makes to understand a drum – or a set of clothes – in this animistic way.

The fashion team wanted ideas about what images, words, and other design features might indicate their respectful response to learning about animist ways of relating to the larger world. But they wanted more. They applied their company’s previous efforts towards increasing good production practices (sustainability, traceability, recyclability) as well as good relations with those who produce the materials and the finished products. They wanted to make and sell clothes and accessories that would be animistic in some sense. One of the quotes I used to structure my conversations with the team was Gary Snyder’s phrase “Performance is currency in the deep world’s gift economy” (from his 1990 book, The Practice of the Wild). There’s a lot in quote, but in essence I used it to invite the design team to think about how the clothes people wear address the wider world and/or demonstrate their commitments. Quite how a global fashion company does this – and how self-identified animists might afford their products – are bigger questions than I want to address here. 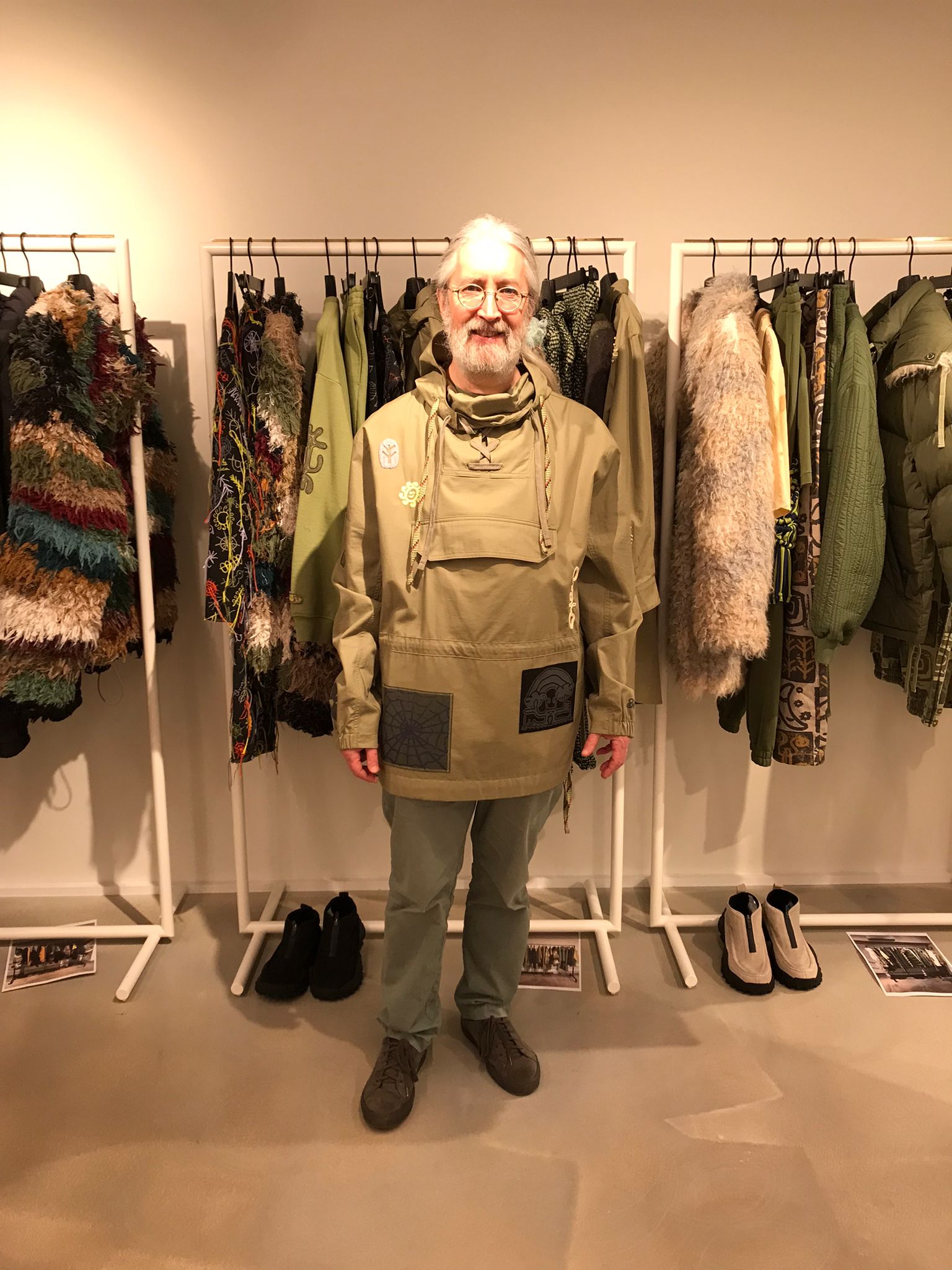 Before turning to more general thoughts about religion and clothes, it should be noted that dramatic changes in the fashion company led to the cancellation of the project even as items from the range (called Biosis) were arriving in the warehouse. Nonetheless, this very specific engagement between myself and one fashion design team invite further reflections about religion and clothes. What people wear or don’t wear are among the ways in which they express their religious affiliations or differentiate themselves from members of other groups. There are everyday expressions of commitment and identity such as religious jewellery (a cross or a magen david) and clothes that are considered appropriate or respectable (turbans or hijabs). Some people dress more formally or elaborately for ceremonies – putting on their “Sunday best” suit or the more elaborate regalia that identifies them as authority figures or ritual leaders. Learning what kinds of clothes are expected or problematic is part of finding one’s place in a group. It is also true that clothes that signal belonging within a group might also advertise difference from others. Sometimes these choices generate controversy – deliberately or otherwise. Some politicians and media are among those who assert that particular religious dress codes are against national values or expressive of inappropriate radicalism. In short, the clothes people wear are not always simple or casual but might carry a wealth of messages.

Much of this will be familiar to those following the interests of the Open University Religious Studies team. Our focus on religions as they are lived leads us to engage with what people do in everything from everyday to highly ritualised contexts – and is the heart of our understanding of what the Study of Religions should engage with. What people think and believe are among the things people do when they do religion. But religion is also the eating or avoiding of food, the making of noises (singing, debating, teaching, praying, invoking and so on), the elaboration of material cultures, and other sensual acts. To conclude, perhaps we can say that religion is as much worn as believed.