Pathways for the Northern Ireland Protocol

With the first meeting of the TCA’s Partnership Council finally done, alongside the WA’s Joint Committee, it’s perhaps a good time to reflect a bit on the Northern Ireland Protocol.

While this sits within the Withdrawal Agreement, it’s worth noting that sanctions for non-compliance can extend to any other agreement between the EU and UK, so the TCA’s remit of trading relations is still in the mix.

It’s undeniable that the Protocol has been the locus of many of the difficulties between the two sides, and that it represents a problematic compromise for them both. The question is therefore what to do about it?

In the most generic sense, there is a clear range of options, depending on whether you want to work within the Protocol or want to escape it. If the EU has leant towards the ‘leaning in’ options, then the UK has gone the other way, as evidenced by its failure to demonstrably work towards making the Protocol operational (most recently with chilled meats and the Great Sausage War of the morning of 7 June 2021 [sic]).

The issue for the UK is that any path it follows it problematic at some level (and usually several levels), so much hangs on how Number 10 views the relative importance of each aspect, especially given that inaction is likely to become ever less viable as a way out. I’ve covered dispute settlement elsewhere, but there is an additional level of addressing issues within the Protcol, the infamous Art.16. This provides for temporary measures to deal with serious difficulties, albeit in a way that doesn’t seem to have been properly internalised by either side just yet. And if you’d like another take on the basic tensions in resolving Northern Ireland’s situation, I refer you back to one of my earliest graphics, from June 2017: 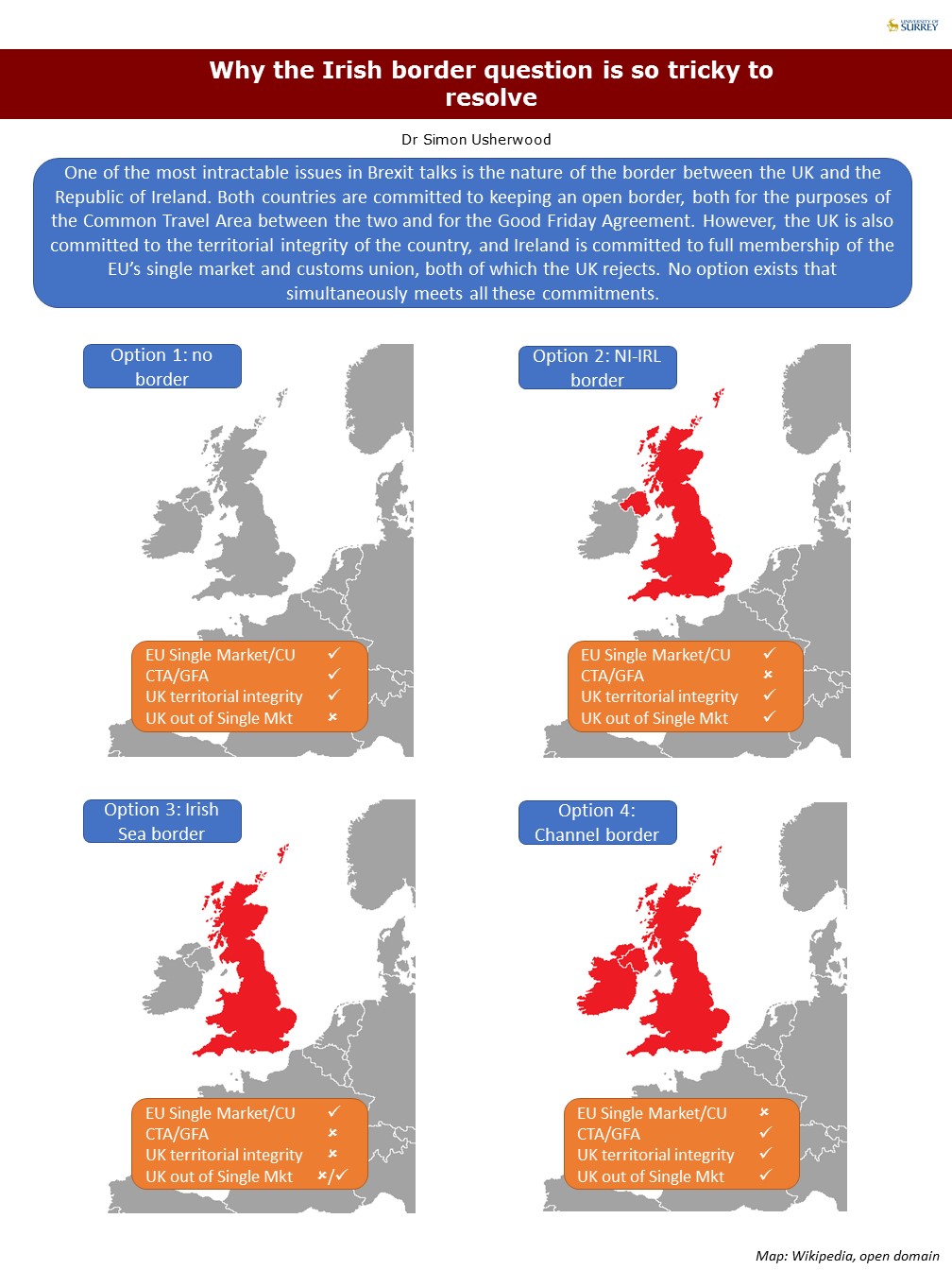 This blog is protected by dr Dave's Spam Karma 2: 575 Spams eaten and counting...