Posted on 9th September 2021 by admin

The past month or so has been relatively quiet in the world of the WA/TCA: the British proposals in its Command Paper had sat, largely uncommented, since late May as more prosaic matters have swirled.

However, as Brussels and Westminster have restarted, so too has there been a degree of movement.

Most importantly, there has been a further extension of grace periods, or more accurately a ‘standstill’ on the current operation of the Protocol. This was done by unilateral action of the UK, with the EU ‘taking note‘, but reserving the right to block an unlimited time period for this.

The aim of the standstill has been to open up some more space for discussions about Protocol operation, but it’s not very explicit about which grace periods are extended, since there are some that are directly linked to the Protocol (most obviously chilled meats) and others that are more indirect (relating to UK imposition of checks on incoming goods under WTO commitments). Until I’m on top of what’s what I’m not updating my graphics (here and here respectively), but I will ASAP.

We also now have more economic data on the impact of Brexit on the flow of goods. While there was a lot of media coverage in early 2021 of this, it was evident that there had been a lot of distortion from traders stockpiling ahead of Christmas, then holding off moving goods in the New Year to avoid the immediate teething problems.

However, we now have data through to the middle of the year, which shows some clear impacts and diversion of trade, relative to other trading partners, for both the EU and UK. The picture painted is of much correction after the end of transition, but some emerging signs of more structural barriers, notably in the slow recovery of EU exports to the UK. 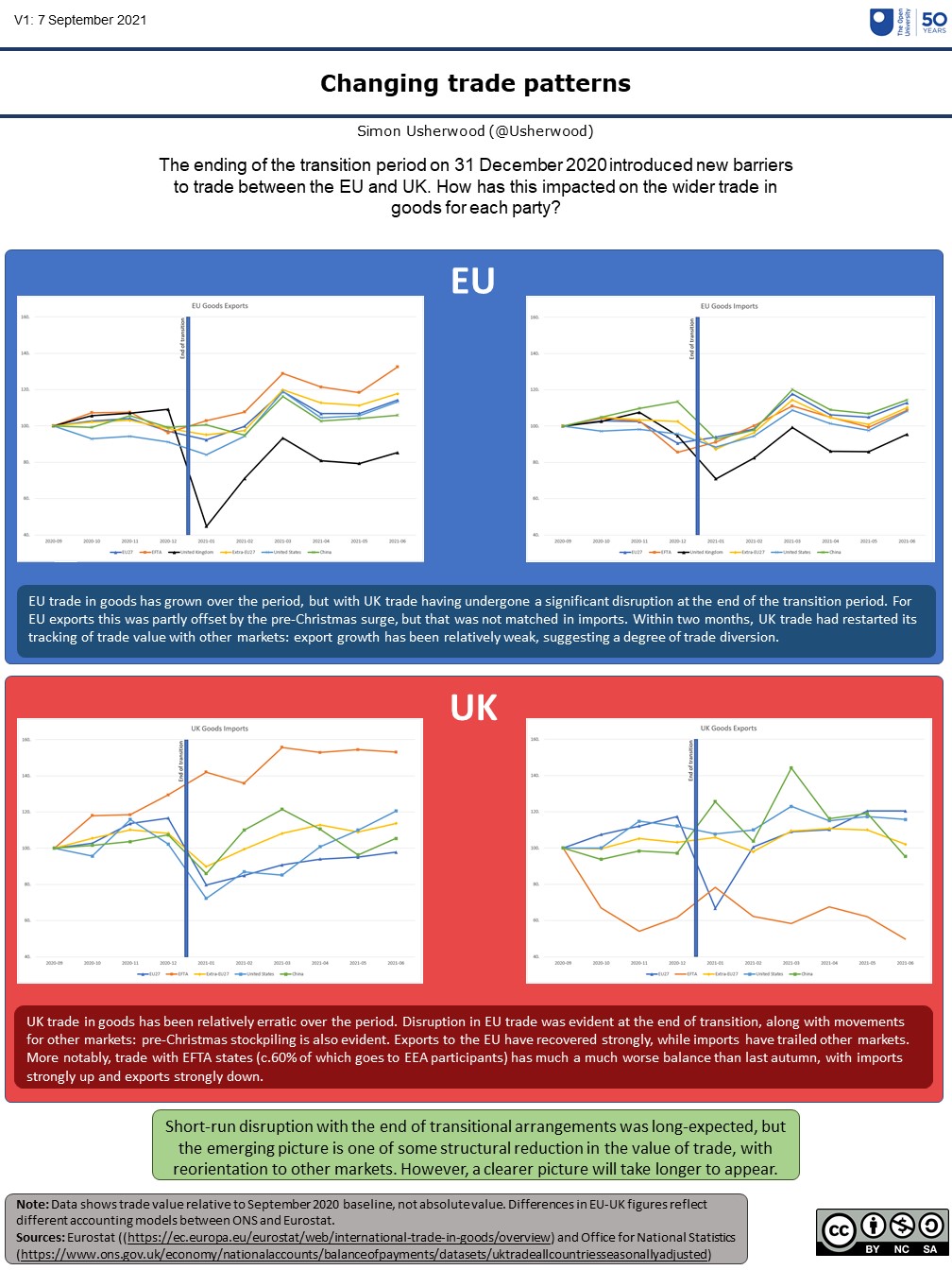 Finally, I’ve been spending most of this week with the good people of UACES, at the annual conference. The excellent presentations and discussions have given me an opportunity to update/enrich some graphics and to confirm the content of others.

A case in point is the operation of the Protocol’s Article 16, on safeguards. Billy Mel Araujo’s analysis has been added in down, and points to an additional factor that I had missed, namely that the threshold for triggering this is rather low. This matters because even if it doesn’t do what a lot of British politicians seem to think it does, that might not stop its use, with all the attendant problems that come with that. 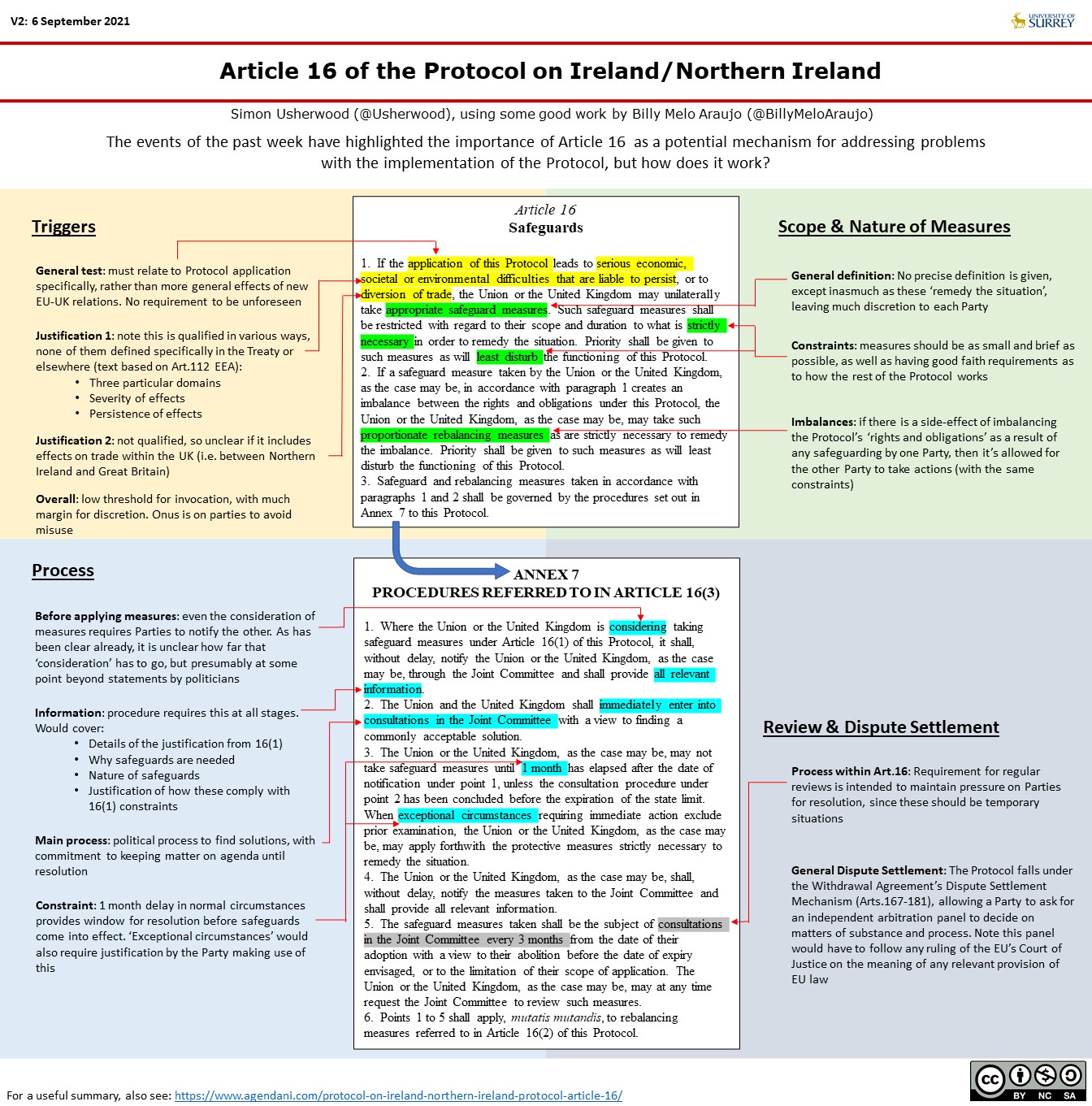 I will also note in passing that I am very honoured to be the new Chair of UACES, and I’d like to give my wholehearted thanks to Nick Startin, who’s been excellent in that role during three rather tough years.