February’s post has been written by Eleonora Teszenyi who is a lecturer on the Early Childhood team. 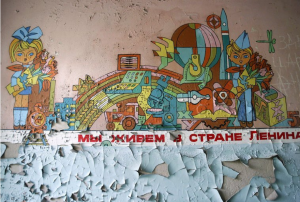 Participatory research is something that the OU Early Childhood Team is passionate about. I have had a recent experience when I became a participant by contributing to a research project, that focused on socialist childhoods. The project employed a collective biography methodology, in which a group of researchers worked together drawing on their own memories. Through telling, listening, writing and re-writing they got to the point where the written memories became ‘an embodied sense of what happened’ (Davies and Gannon, 2006:3) and in this way, all participants could re-experience it, so it became a collective experience. This methodology was new to me and got me excited. Having been brought up as a child in Eastern Europe, I had first-hand experience of the Soviet regime and was very happy to share my memories and see where it took me and the group.

If you want to know more about the research project ‘Re-connect/Re-collect: Crossing the Boundaries through Memories of Cold War Childhoods’ led by Professors Zsuzsa Millei, Nelli Piattoeva and Iveta Sivova, this is a good place to start.

Below you will find an excerpt from one of my memories that I shared with the group. It is from when I was nine and in the final year of lower primary. There was a town-wide sports competition, where there was also a spectacular sport related whole-school performance put on by each participating school. Here is how I remembered it:

The rehearsals had gone on for weeks prior to the event. The moves and formations were practised over and over again, until precision was achieved. Everyone had to have the exact gear and equipment requested by the school: for me, it was a blue leotard, white ankle socks and the removable round lid of a plastic hourglass-shaped stool. It was drilled into me by my teachers that everything had to be just right: my appearance AND my performance. This wasn’t a place for individual talents to be displayed, it was all about what the school could do. I was one in the crowd of approximately 720 pupils, who had to move together, make the right formations all synchronised to the music. I was nervous, felt lost in the crowd but at the same time I also felt that all eyes were on me. I feared that I would drop the lid, or turn the wrong way… in fact, I feared the consequences of possible mistakes more: the scorn and disapproval of my peers and teachers, that I had let them down, I had let the school down.

The crowds on their tiered chairs were watching, all seats were taken. Then the music started, I started to move, concentrating on every step and every turn. The rhythm of the music filled my head, my teachers’ instructions rang in my ears, then the music stopped, applause erupted, and relief flooded through my body. I’d done it!! No mistakes, no embarrassment, I’d done my best for the school. The feeling of pride started to creep in, my own pride of myself for achieving what was expected of me. I didn’t know what the school thought of my performance, whether they appreciated what I’d contributed or not. What mattered most was that in my mind and heart, I was a winner, but no one would know in that large crowd.

You might like to reflect on your memories of your childhood. Have you got any strong memories that had a lasting impact on you? Something that you think has made you who you are. Why not share it with us, we would like to hear your memories.

This blog is protected by dr Dave's Spam Karma 2: 814 Spams eaten and counting...