When I started teaching Creative Writing with The Open University in London in 2008, I had two recently published novels under my belt – Marilyn and Me (Cinnamon Press, 2007) and Give Me a Sign (Flame Books, 2008) – and an MA Creative Writing with Distinction (Novel Writing Route, Manchester Metropolitan University, 2006). I’m sure my published novels helped me to get the job and they certainly gave me some kudos with my students.

The thing was, the taught forms on the A215 module I was appointed to teach were short stories, poetry and life writing, and aside from a single poem and several journalistic real life articles, I hadn’t actually been published in these forms. 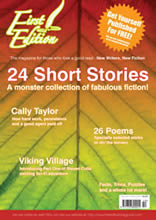 So I decided that in the first year of teaching, I may as well undertake the same activities as the students, with the aim of submitting my own pieces when we got to the final part of the course, ‘Going Public’, which requires the students to research potential markets for their writing and present a piece to professional standards aimed at a named magazine.  In fact, I found out about several short story and poetry magazines that I hadn’t previously heard of through my students sharing their research for the final assignment!

As my students submitted their final assignments to me in the summer of 2009, so I sent my freshly crafted short stories and poems out to the world. My first published short story, ‘Talking in Tongues’, was included in First Edition magazine (which published a fair few OU students but subsequently appears to have gone out of print) in autumn 2009. There followed two stories accepted for anthologies via competitions – ‘Yasmina’s Elbow’ (Even More Tonto Short Stories, Tonto Books, 2010) and ‘Graft’ (Mosaic, Bridge House Publishing, 2010) – and a smattering of small press published poems

(including Envoi  poetry journal, Seeking Refuge anthology and Women Writers: A zine). We could debate the relative merits of open submissions versus competitions, but I am personally quite a fan of competitions, not least because my debut novel found a publisher after being shortlisted for (but not winning, I might add) the Cinnamon Press First Novel Award. And I count my first short story ‘success’ as ‘Hang Up’, which was shortlisted for the Bridport Prize in 2009. Alas, it did not make the winning entries selected for the anthology but still boosted my morale!  It finally found a home with Unthank Books and will be included in their collection, Unthology to be published later this year.

So there we have it – A215 does exactly what it says on the tin! Teaching this module has certainly fed into my own writing practice and encouraged me to experiment with and seek publication in a range of forms. 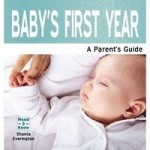 There are undoubtedly less markets for creative life writing than poetry and fiction, and for now, I’ve decided to keep the non-fiction side of my writing market-led, publishing various articles and two parenting books,Terrible Twos: A Parent’s Guide and Baby’s First Year: A Parent’s Guide (Need2Know Books, 2010 and 1011). I did include some diary extracts in the books though, so the life writing managed to sneak its way in there somehow! Now I just need to get back on track with my next novel…

To find out more about Shanta’s writing and teaching, visit her website at www.shantaeverington.co.uk

This entry was posted in magazines, novels, poetry, short stories and tagged competition, getting published, life writing. Bookmark the permalink.