How my poetry collection See What I Mean? got published – Mike Johnson

Rather more than three years ago, I entered a poetry competition, focused on humorous poems for adults, run by Thynks Publications.  To my delight, I won the competition and a small anthology of the winning poems was published.  (More on the age group the winning poem relates to below.)  On receipt of the anthology and a very welcome cheque, I thought that was that, but…

Some months later, Thynks contacted me again and, to my further delight, asked to see more poems, which I was much intrigued to furnish. Thynks liked what they saw and offered to produce a small collection for their Key Stage II range.  A long wait followed, with a couple of reminders from me, but eventually See What I Mean? has appeared. The collection has a wide range of poetry, including action poems, fun poems, more thoughtful poems and my speciality visual poems (wonderful to use my PhD in semiotics imaginatively). There is also an element of teaching what poetry is in the collection, too. 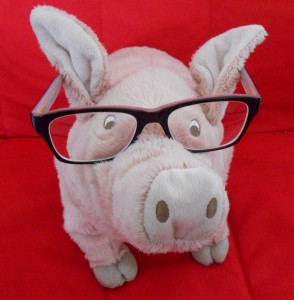 Interestingly, the poem I submitted to Thynks adult competition I simultaneously submitted to an Irish magazine’s poems-for-children competition and exactly the same poem won that one, too! I would say that my most successful poems tend to focus on Key Stage II: this is an age-range to which I have performed many times, in schools.   Children love the chance to write their own poems, but poetry is not necessarily something which is taught well or even attractively fostered in schools and many are permanently put-off poetry early in life, which is miserable.  I would hazard that the better children’s poems (which mine aspire to be and, without flattering myself, I would say that I sometimes achieve) are suitable for adults, too. In fact, I made a decision, in the late 80s, to aim at writing good children’s poems and I have pretty much sold between five and  ten poems to professional publishers every year, since. Indeed, I have just sold eleven already published poems to Scholastic, which hearteningly confirms my original decision. One of my visual poems has been published/re-published at least seven times!

This entry was posted in poetry and tagged children's poetry, visual. Bookmark the permalink.

One Response to A new poetry collection from Mike Johnson