Joanna Barnden’s novel trilogy to be published by Pan Macmillan

After years of trying, Joanna Barnden, tutor on A215 and A363 has just signed a deal with Pan Macmillan for the publication of her trilogy The Queens of the Conquest under the pen name of Joanna Courtney. The first book, The Half Year Queen, is about Edyth, wife of King Harold of England in the fated run up to 1066 and will be published in October 2015. The second two are yet to be written but should (with some ferocious research and writing) be published in 2016 and 2017. Book Two of the trilogy will be The Last Viking Queen about Elizaveta, Russian Princess and wife of Harald Hadrada who was defeated by King Harold at Stamford Bridge just 2 weeks before Hastings. The final book, The Conqueror’s Queen, will be about Matilda of Flanders, wife of William the Conqueror, the ultimate victor in 1066. The books seek to look at life in these tumultuous times from a woman’s perspective and are aimed as commercial fiction. Indeed, in the press release, published in The Bookseller on May 14th, Joanna’s brand new editor Natasha Harding described the trilogy as “hugely impressive with a strong commercial appeal – perfect for fans of Philippa Gregory”. 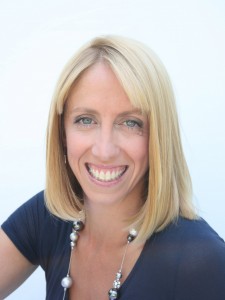 Joanna has written short stories and serials for the women’s magazines for over 10 years but has always sought to publish novels. She secured her agent, Kate Shaw of The Viney Agency, 4 years ago but despite some wonderful feedback, two books were rejected by the industry before this one, finally, found a home. She puts much of this final success down to sheer bloody-mindedness and a refusal to give up honing her craft and trying to find someone to love the Anglo-Saxon period as much as she does. Now Macmillan are backing her all the way and the next battle is reaching an audience who will love The Queens of the Conquest too.

This entry was posted in historical fiction. Bookmark the permalink.