‘I am delighted to announce that I have an Arts Council Award this year to research and edit a new anthology of UK prose poetry. It will be called the ‘Valley Press Anthology of Prose Poetry’ and will be published in May 2019. I am working on a web site at the moment and this will be open for submissions later in the summer of 2018. I am co-editing the book with Professor Oz Hardwick from Leeds Trinity University and it will be published by Valley Press, who are based in Scarborough. The project will involve workshops for young adult writers alongside Sheffield based writer, Beverley Ward and it will be evaluated by Glynis Charlton. 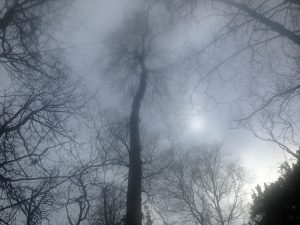 Arnside Woods, by A. Caldwell

So, what is a prose poem, I hear you ask? It is a difficult form to define, but the poet Carrie Etter came up with this useful description of some of its properties: she sees the prose poem as ‘circling or inhabiting a mood or idea, perhaps remaining in one place (although not static) rather than moving from A to B as a poem does.’

If you want to read more about the form, and its wonderful possibilities, you might be interested in an article I have written for the academic journal, Writing in Practice (Issue 4) , which is published by the National Association for Writers in Education:

The Journal’s principal editor is our own Dr Derek Neale, from the Open University.  I am also working on a new full length collection of work, which is in the prose poetry form and explores the idea of the North. 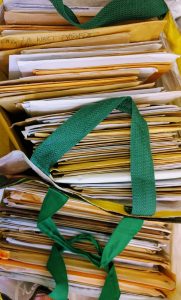 I will share details of the Prose Poetry Project via its new website later in June 2018. If you are interested in finding out more about the research, do get in touch with me.’