Just over a hundred years ago, at the end of 1919, British troops invaded Waziristan, a mountainous region on the border between Afghanistan and British India and the homeland of a number of semi-independent tribal groups, including the Mehsuds and the Wazirs. Widely reported around the world at the time, the invasion’s centenary has been almost entirely ignored in Britain. There are good reasons for remembering it though: the part played by Islamic loyalties and Muslim leaders in resistance to it, the complications caused by the fact that the region bordered on Afghanistan, British willingness to use the latest weaponry against its people, and the resulting disagreements among the British themselves. [For a sketch map of Waziristan see here. The places mentioned are more or less in the centre of the map]

Since the later nineteenth century British strategists had argued that Waziristan’s location on the border with Afghanistan meant that it would be a mistake to allow it to remain independent. Unable to justify the expense and trouble of conquering it outright, they succeeded in establishing a loose control over it by recruiting two militias and paying allowances to influential men. WWI had a major impact on this. In particular, sensing British weakness, in 1917 some Mehsuds launched a major anti-British rising, and in the late spring of 1919 many of the militiamen deserted and British influence in Waziristan largely evaporated. In order to reassert it, and to punish the Mehsuds for what was seen as their ‘bad behaviour’ during the war, Britain decided to try and take full control of the region. 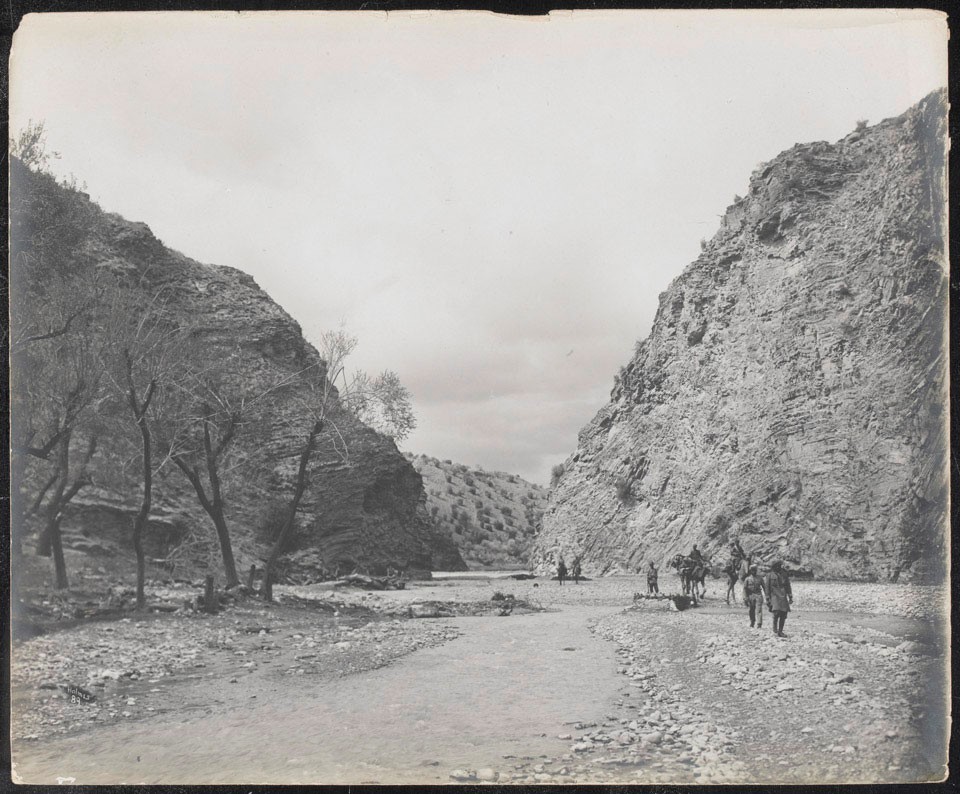 The Barari Tangi (one of the gorges through which the British troops advanced in January 1920). https://collection.nam.ac.uk/detail.php?acc=1957-02-11-1

On December 19 1919 a force of 29,000 men began to move into Waziristan. The Mehsuds managed to pin it down on the edge of their territory and halted the advance. Resistance was led by an influential Mehsud, Musa Khan Abdullai, and a mullah called Fazal Din. Fazal Din was a son of a famous anti-British religious leader or ‘frontier mullah’, Muhiy-ud-Din, whom the British referred to as the Mullah Powindah. The Mehsuds saw themselves as defending Muslim territory from their Christian and Hindu invaders (many of the British troops were Hindus) as well as their independence, and may have received some help from an anti-British Muslim movement, the Jamaat-i-Mujahidin (based outside Waziristan). Some Wazir men joined the Mehsuds and the Afghan ruler, King Amanullah, sent one of his officers to assist them. The British position was so bad that some officials suggested that poison gas might be used to disperse them. After some weeks, however, the troops broke the Mehsud hold, and forcing two narrow gorges, were able to move into the heart of their territory and establish a base at Ladha. As they advanced the soldiers destroyed houses, terraced fields and irrigation canals, for instance the settlements around Makin, the Mehsuds ‘capital’. 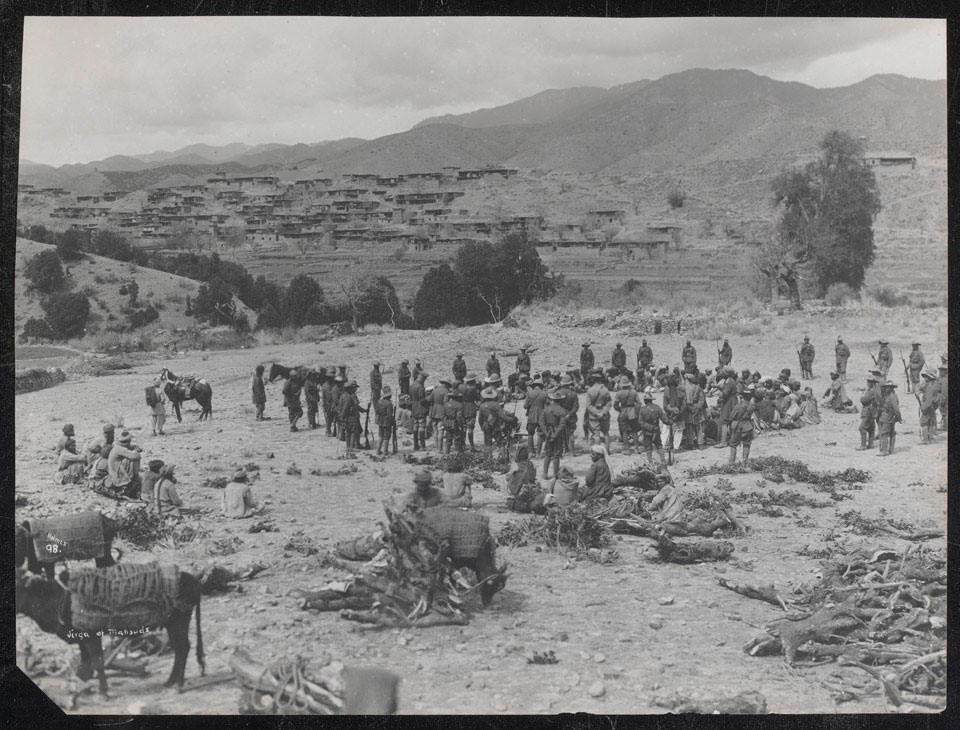 According to one historian the expedition was a fiasco.[1] That may be an exaggeration, but it was expensive in terms of human life (and money) – it’s been estimated that as many as 2,500 soldiers died during it; probably more than 2,000 Mehsuds and Wazirs, including many non-combatants, died too. Nor did the British completely subdue the Mehsuds, and some of them took refuge in Afghanistan. In 1921 the British troops used howitzers to shell some of their villages. During the winter of 1922/23 the RAF bombed them and troops were sent to demolish buildings that had escaped destruction in the earlier attacks. 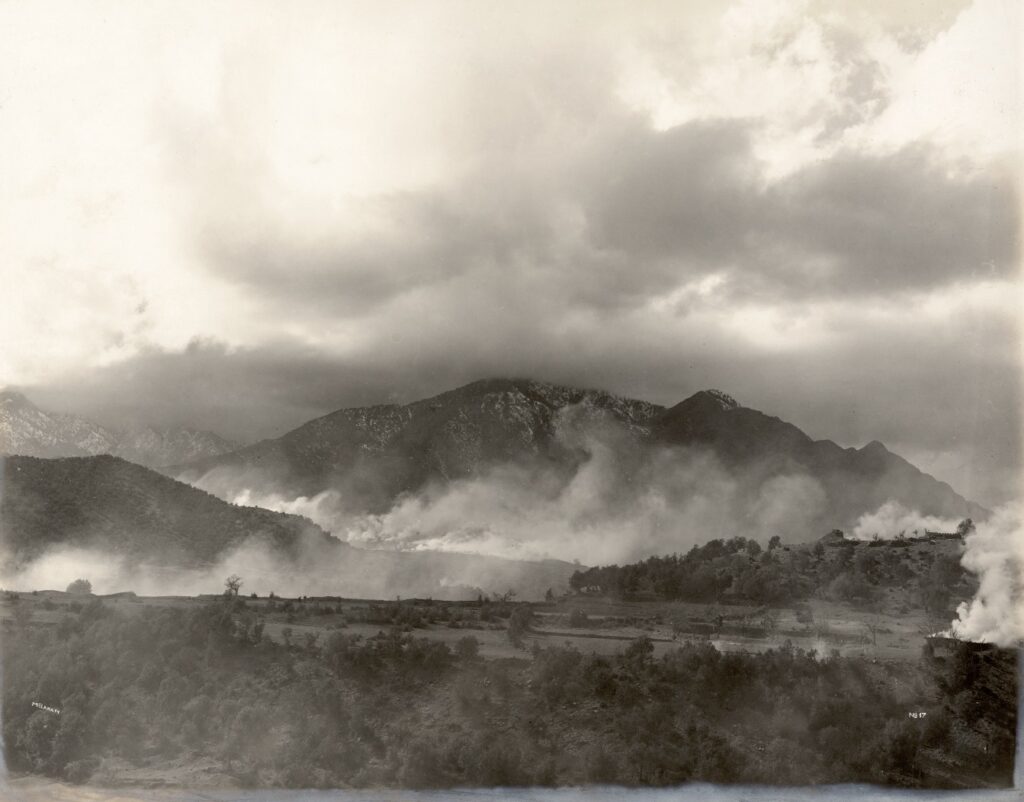 The British had conducted punitive expeditions into various different parts of Waziristan before, but the troops had always withdrawn after killing anyone who resisted them, and destroying houses and crops and seizing flocks and herds. Keeping them there permanently attracted bad publicity internationally. It was also expensive, and the cost of the occupation had begun to worry senior officials. At one point a serious disagreement broke out between the British Government of India and the ‘Home Government’ over Waziristan policy. Towards the end of 1923 therefore the troops were withdrawn from Mehsud territory, and relocated to a place called Razmak just of the north of it, where they built a huge base. Some Mehsuds continued to resist them until 1925. In fact the British never succeeded in subduing the region completely. During the 1930s resistance principally came from the Mehsuds’ neighbours the Wazirs, led by another religious leader, Mirza Ali Khan, whom the British referred to as the Faqir of Ipi. When the British withdrew from the Indian sub-continent in 1947, they had still not brought Waziristan fully under their control. 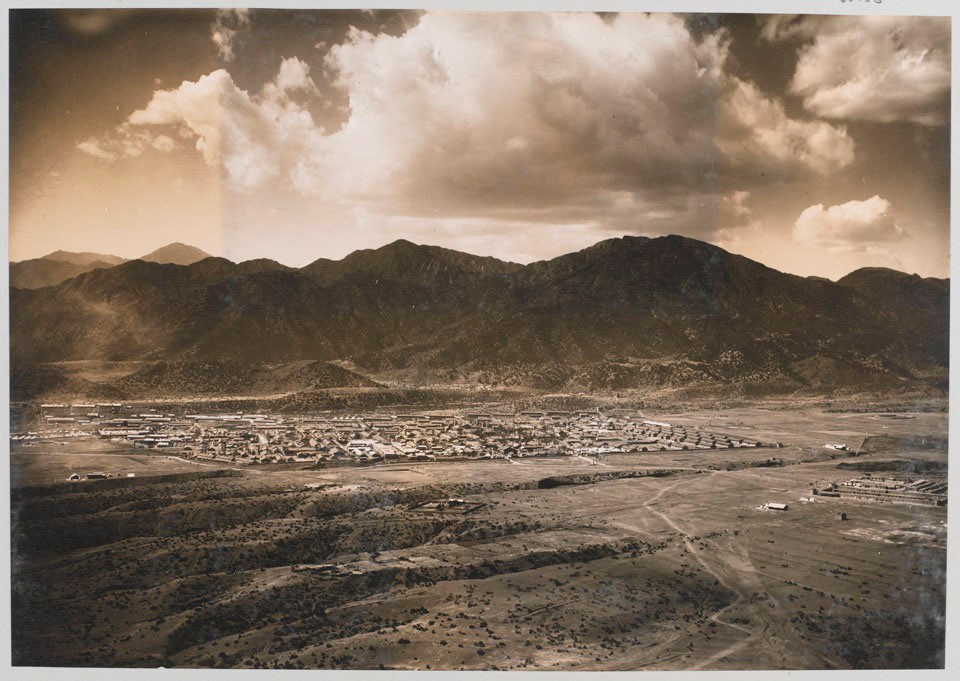 For fuller accounts of the expedition and its aftermath see, for example, Brian Robson, Crisis On The Frontier; The Third Afghan War and the Campaign in Waziristan 1919-20 (Staplehurst, 2004) and my Empire and Tribe in the Afghan Frontier Region: Custom, Conflict and British Strategy in Waziristan until 1947 (London/New York, 2019).