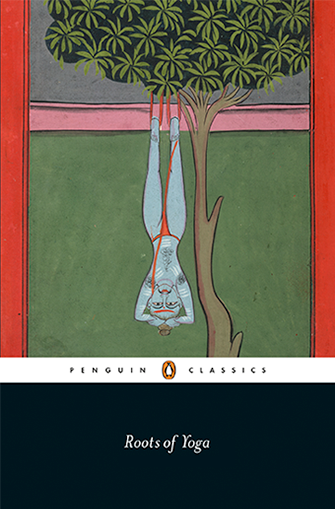 I recently attended a talk by Professor James Cox on cultural memory among the Australian Aboriginal people. In particular, Cox focused on the work of T.G.H. (Ted) Strehlow among the Arrarnte people, recording the traditions of the Elders. Many of these stories and rituals were later compiled in Aranda Traditions (1947) and Songs of Central Australia (1971). He was initiated into the tribe, whereupon several of his elderly informants confided in him that they could not rely on their sons or grandsons to preserve their stories, rituals or sacred objects (tjurunga). If not for Strehlow, almost all of these would have been forgotten a generation later, which Cox described as a break in the chain of memory (invoking the work of Danielle Hervieu-Leger). However, Strehlow’s work has allowed the current generation to relearn these tales and practices, in what Cox described as a process of “repatriation”.

No doubt, this is an empowering situation for present-day Arrarnte people, and important for addressing the problematic legacy of colonialism. But this set me thinking about the idea of a chain of memory. How do we know for sure that this was an ancient tradition? Might it have been the case that the elders had forgotten as much of the traditions of their forefathers as the present generation had of theirs? The fact is, without evidence, we are simply guessing. Worse, we are possibly making the rather colonial assumption that such indigenous people existed in a timeless state, essentially unchanged since prehistory – at least until they encountered Europeans.

There is a tendency to see the modern world as something special, a period which is dramatically and fundamentally different from all that has gone before. For all that we have gained, the argument goes, like technology, literacy, human rights, we have lost other things, like community, simplicity, perhaps even enchantment. Before we could blame it on the Internet, the Victorians harked back to a pre-industrial pastoral existence as they rushed into the soot-smothered cities, and the incipient scholars of the Enlightenment harked back to the pagan grandeur of Greece and Rome.

Ironically, then, separating our age from what has gone before is exactly what previous ages have done. Modern scholars are no different; indeed, the idea is there from the moment that we started to look at modern society seriously. Weber saw an iron cage of disenchantment; Durkheim saw the complexification of society leading to anomie and suicide; Frazer saw a progression from magic to science, whereas Müller saw a degeneration from natural, pure religiosity. The secularisation thesis has been refined and reformulated over time, but was originally based upon the teleological idea of an inevitable move from superstition to religion to science. Yet as we now know, it is increasingly difficult to make the data fit this argument.

Perhaps this is the issue: data. The further back we go, the more we are working with official data and less with the thoughts, deeds and ideas of ordinary people. Where there are primary documents, they are difficult to read at face value due to years of interpretation and even redaction. But when looking at the modern world, we are awash with data, drowning in it almost, from every level and section of society.

The study of contemporary religion is rich in ethnological specificity and deals well with change. What would a study of indigenous religion – or Medieval Catholicism, or the Classical world – which assumed not stability and tradition, but constant reformulation, innovation and diversification look like? Understanding contemporary religion in historical perspective might be an approach which helps us to understand the religion of the past as well.

Dabiq is the name of a small town in northern Syria with no special claim to fame apart from the fact that the Umayyad caliph Sulaiman ibn Abd al-Malik (674-717 CE: reigned 715-717) was buried there in 717. So why has Islamic State (ISIS) called the magazine it publishes Dabiq? The main reason appears to be that according to Muslim eschatological tradition it will be the site of a major battle that will be fought between Muslims and Christian invaders, a battle that will be one of the signs that the end-times have begun[1].

END_OF_DOCUMENT_TOKEN_TO_BE_REPLACED

For those who maintain that Religious Studies has an identity and concerns distinct from those of Theology, it is galling to find the higher education sector and the media, which reports it, subsuming Religious Studies under Theology. I came across this again most recently in a Sunday newspaper supplement on UK university places available through the clearing scheme. I doubt whether it would have helped recruitment to Religious Studies – catching the attention of prospective students who might be ill-advised enough actually to look for places under Religious Studies. But then a number of other disparate reports that bear upon the prospects and concerns of Religious Studies have made me ponder of late. For example, a recent, routine emailing about research opportunities headlined a new career direction for researchers in the study of religions – charting the decline of religion in Western Europe; hardly new waters, more back to familiar debates about secularisation theory. It is not, perhaps, the career opportunity to persuade a new generation of potential researchers that Religious Studies is a vibrant and durable discipline, which offers new, unfolding frontiers to explore.

END_OF_DOCUMENT_TOKEN_TO_BE_REPLACED

Between Friedrich Nietzsche’s despair at the Last Men (1961) who revere nothing and who have fallen into nihilism, and Francis Fukuyama’s crass celebration that the Last Men’s wants have been satisfied under the liberal democratic settlement (1992) – between in short, cynicism and complacency – there is a lesson. How will the government respond to a British citizen apparently beheading two American journalists in Islamic State (IS) propaganda videos? What is it that draws British citizens to fight in Syria and Iraq for organisations like IS? What is radicalisation and how does it occur?