Every month I report on the most downloaded items from ORO.  It’s a monthly Top 15 that highlights the most popular (in terms of downloads of full text) items in ORO.  The numbers are impressive!  For the last few months our most popular item has been Shailey Minocha and Marian Petre’s “Handbook of Social media for Researchers and Supervisors” which has had over 1,000 downloads a month since February this year.

But that is only half the story.  Most items in ORO don’t get downloaded so much.  If you look at the downloads for October of this year the average number of downloads for a full text item in ORO was 12.  Items in ORO were most often downloaded just 1 time (the modal value). 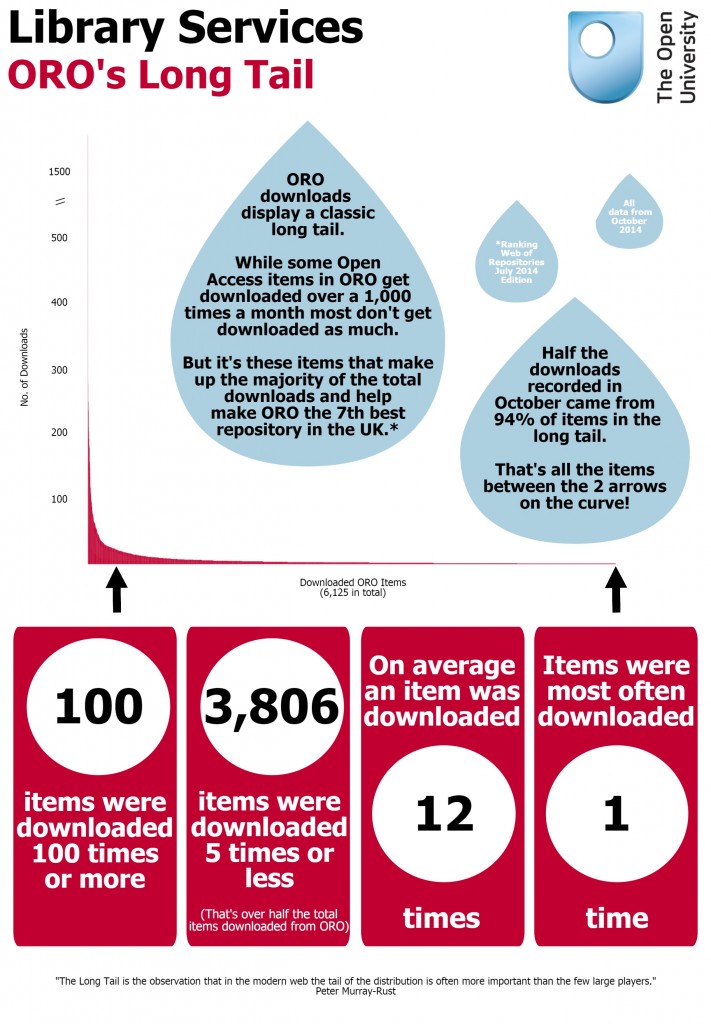 And that’s not so surprising is it?  We wouldn’t expect some of the academic research archived in ORO to attract hundreds of downloads a month.  Some of the research has a natural audience of a very small number of people.

But it’s the sheer number of items in ORO that are downloaded a relatively small number of times (say <5) that contribute to over half the number of downloads from ORO.  In this sense ORO displays a classic long tail where “the tail of the distribution is often more important than the few large players.“