Top 15 Downloads for October are below – some are regulars but some new ones tell a story! 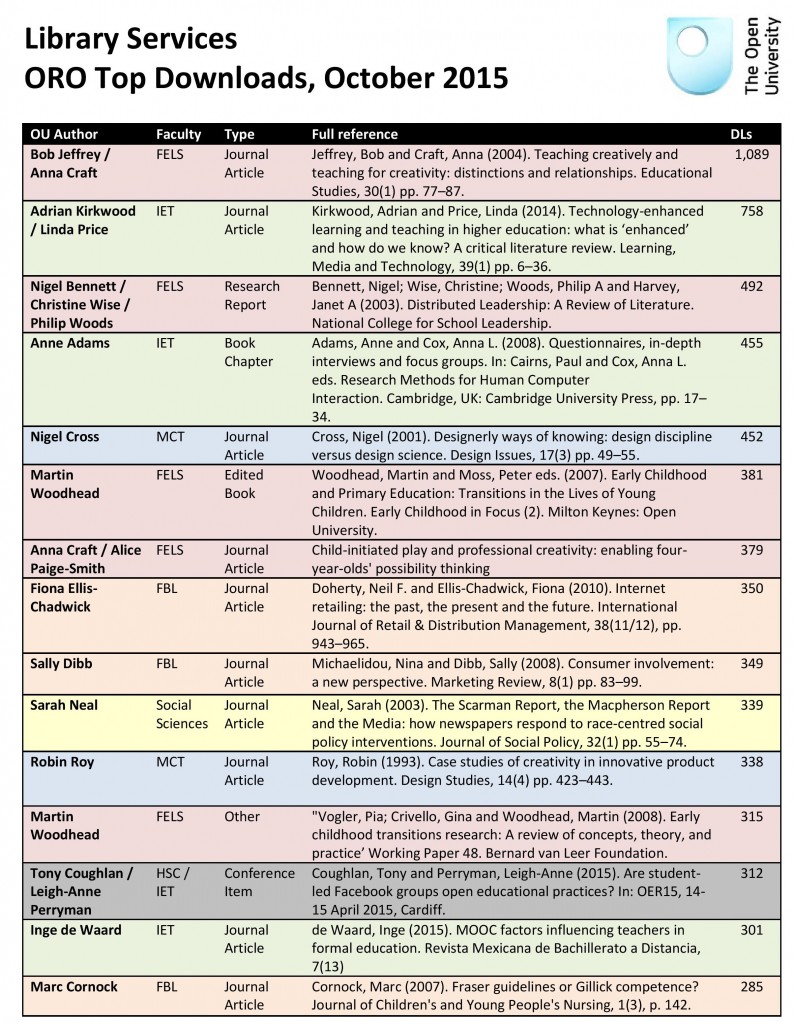 During Open Access week I was asked which social media channels drive traffic to ORO the most.  I rather dismissively said that the majority of traffic comes directly from Google and that because traffic from social media was relatively small it was barely worth the analysis.  And I think generally that is true, looking at October 64,760 ORO hits were directed from Google with 480 from Facebook and 208 from Twitter – so on the face of it it’s not a bad assumption. 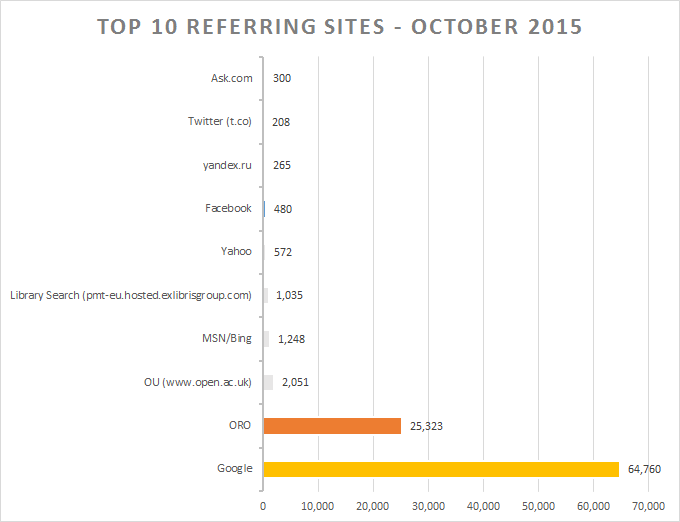 However, when I looked a bit more closely at the top 15 there are illuminating exceptions.

Tony Coughlan and Leigh-Anne Perryman’s paper Are student-led Facebook groups open educational practices? received 312 downloads in October.  This traffic is almost entirely driven by Facebook – which maybe isn’t a surprise given the content of the paper! 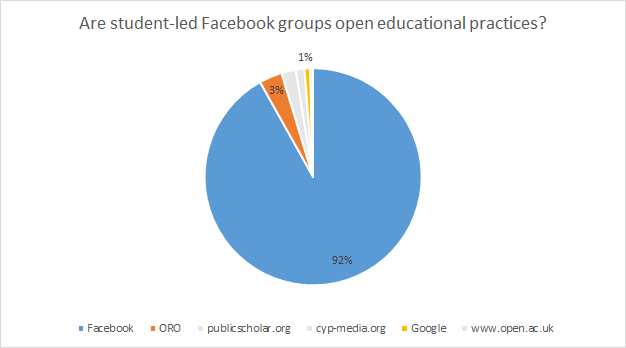 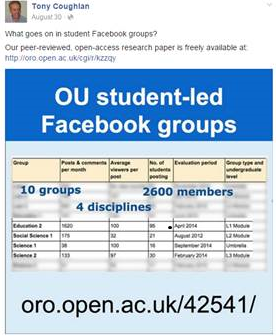 Tony created a post about the paper back in August – but something happened in Facebook sometime in October which led to the tremendous spike in downloads in October – unfortunately I haven’t been able to trace what that was…. 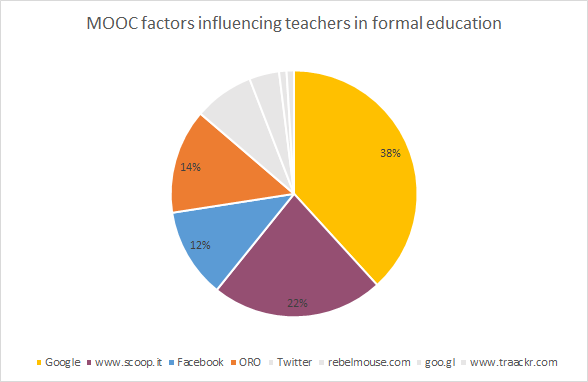 Google is the biggest referrer, but what is interesting is the traffic driven from scoop.it. The paper was scooped and re-scooped by several different users of the service.

The other interesting thing about this one was that the majority of downloads (118) came from the US compared to 9 from the UK – which is another reversal from the general trend – 21,989 from the UK in October compared to 11,829 from the US. But the journal is Mexican and there is also a Spanish version of the paper in ORO so the paper may especially be relevant to an American audience.

So what does this mean, if anything?