A new year of Brexiting

The arrival of 2022 has brought both continuity and change to the UK’s relationship with the EU.

The resignation of Lord Frost in December has precipitated a major reorganisation (possibly still on-going) of the government’s management of EU and Brexit affairs, but the new point on the relationship – Foreign Secretary Liz Truss – has very much stuck to the same talking notes on the Northern Ireland Protocol as her predecessor.

The reorganisation starts to break up the significant collection of roles that Frost had built up in the past couple of years, probably more because of his proximity to Boris Johnson than through any conscious project of coordinating the multiple aspects of the work.

The move of the bilateral relationship out to the FCDO fits with a more natural model of diplomacy, and normalises EU relations as just part of the furniture, but it comes with a number of real challenges for Truss and her junior minister, man of letters Chris Heaton-Harris (who is presumably going to be even more delayed with that book).

Firstly, WA and TCA implementation covers a wide range of departments’ activities, so lots of coordination will be needed. Secondly, Johnson will retain a big interest in the portfolio, so handling the FCDO-No.10 connection will also need much attention.

The work on borders and on ‘Brexit opportunities’ is still up in the air; as Jill Rutter well argues, each could be well snaffled up by other departments, either as an on-going whole or in parts. That this remains unaddressed in the near-month since the FCDO move suggests stasis is the more likely option, given the limited shelf life of each project.

The graphic below summarises the changes and we’ll come back to it as anything happens.

On the continuity front, the switch from Frost to Truss has also seen the continuing ambiguity about how hard the UK wants to push to close the Protocol negotiations with the Commission. The initial contacts with the latter seem to have been couched – again – in terms of getting things sorted ‘as soon as possible’, rather than to any fixed timeline.

One question that lingers is that of whether the continued threat of using Article 16 carries either any weight in Brussels or even any seriousness in London: certainly, it has the air of being ritualistically waved about, rather than being ready to go.

I’ve discussed this question in the newest episode of A Diet of Brussels, and didn’t really come to a clear conclusion, mainly because the increasingly wounded Johnson might still go either way on this. Invoking Article 16 might be a way to rally the party to his cause once more, but it also risks making the ‘doneness’ of Brexit even more open to question.

So all still to be settled then.

Just like last year. And the ones before that. 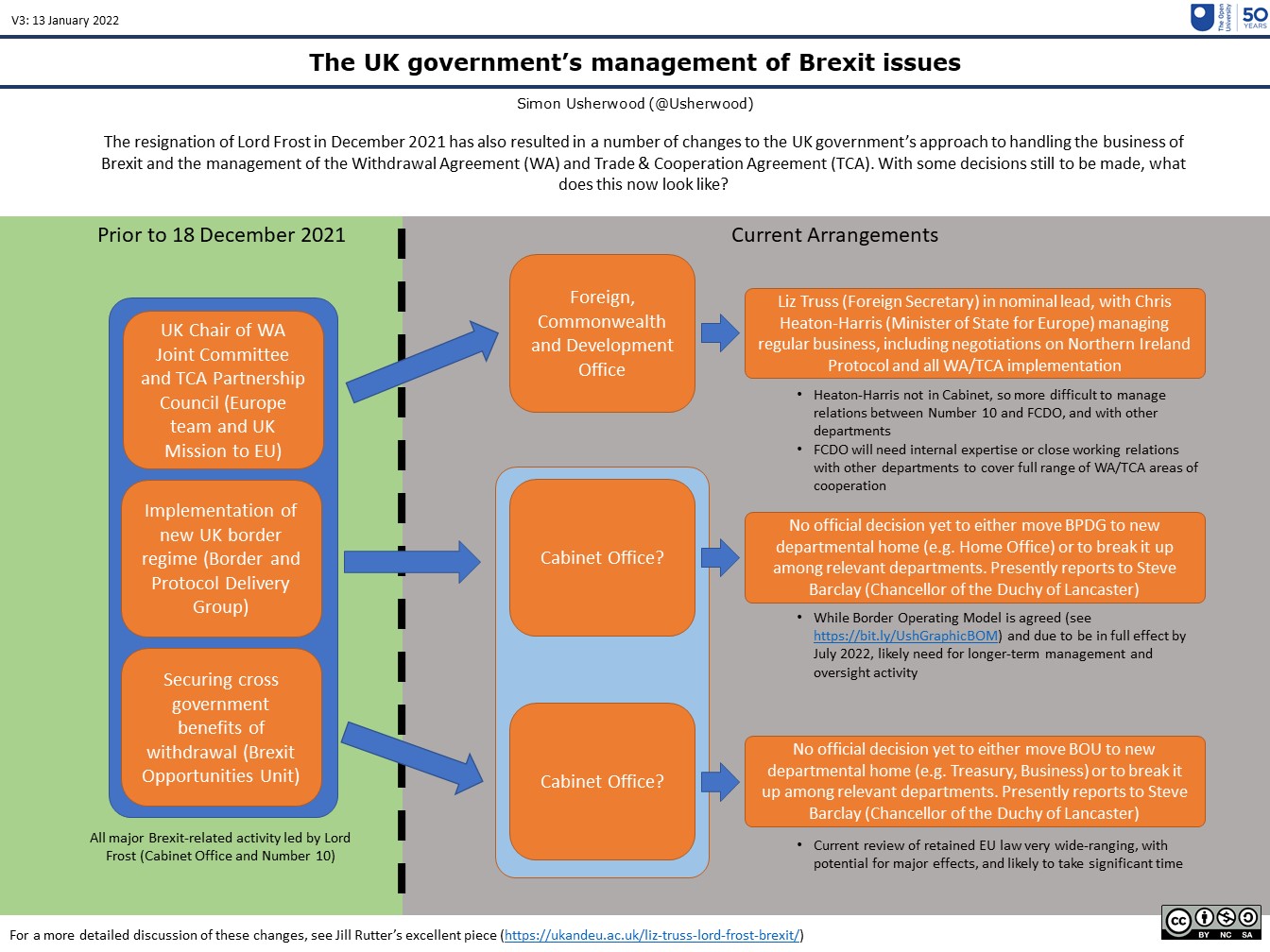