After a summer hiatus for the Conservative leadership campaign, there was much expectation of Liz Truss following through on her stated plans for the Northern Ireland Protocol.

Recall that she had been the lead minister for the Northern Ireland Protocol Bill and that she had done much during the campaign to court the support of the European Research Group: everything seemed to suggest she would leap at the opportunity to follow through where even Johnson had feared to tread.

Of course, things haven’t quite worked out like that, at least just yet.

Firstly, campaigning isn’t governing, so options were open to Truss as she entered No.10:

Tl;dr choice is deflection or dumping

But since then things have got much more difficult for her. The Queen’s death collapsed any space for ‘normal’ politics and then Kwarteng’s budget (which Truss backs very strongly) has been sucking out the air from all the non-economy topics for the past week.

Even before that budget, things looked rather mixed:

While we’re still very early days, it’s hard to see a constructive path with the EU coming from Truss or Foreign Secretary Cleverly, even if the former is going to the first European Political Community meeting in Prague next week and if the latter extended grace periods further. There are more bridges being burned than built right now.

So we wait a bit more and in the meantime note that the thinness of regular contacts within the two treaties continues. 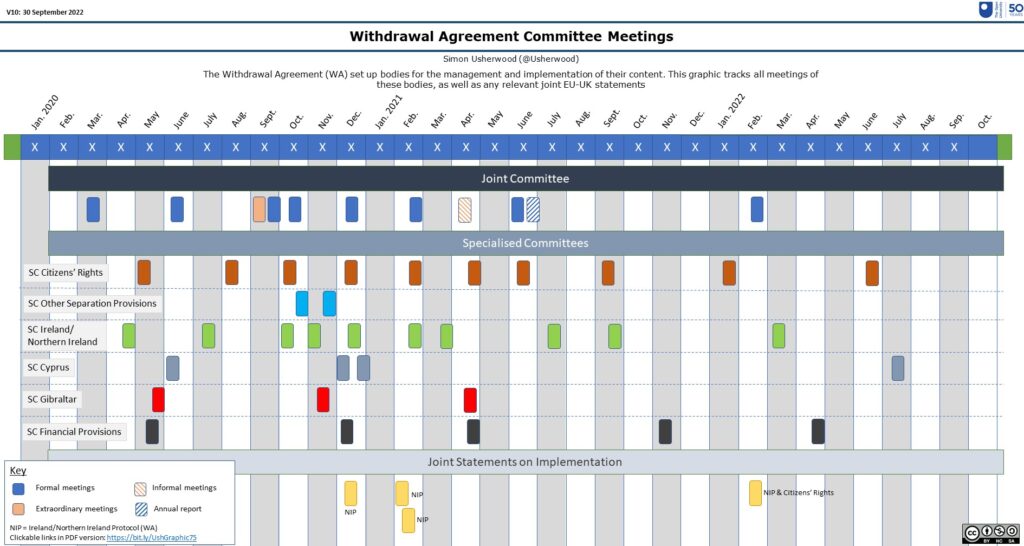 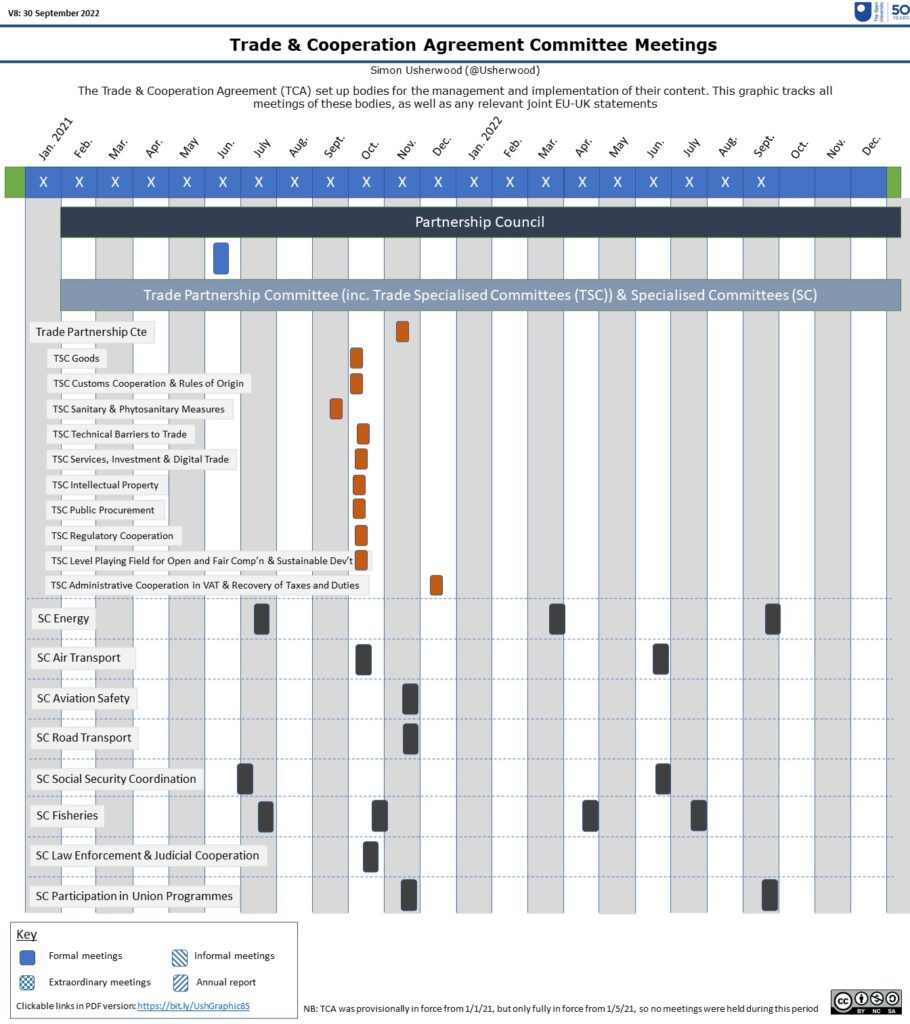