The way that BBC Radio 4 works is that you send in an idea, jumping through about 356 hoops while you do so.  Then you wait and wait and at some point you might hear that your idea has gotten through the first round and you now have to develop it into a two page synopsis.   You do so and then submit it, and wait.  And wait and wait.   Then two things might happen.  Either you hear your play has been rejected for not being ‘distinctive enough’ or ‘aurally interesting enough’ (one day somebody is going to do the audio version of Deep Throat – I’ll give them ‘aurally interesting’)  Or you might get a commission.  Very occasionally the third thing happens.  Nothing.  Your producer occasionally emails to apologise and explain that the commissioning editor has gone somewhere else or relocated or died and somebody else is having to make a decision.  By this point you’ve forgotten the title of your play and that you even submitted it in the first place. 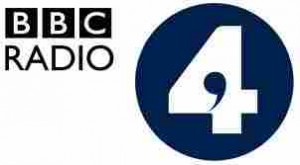 So when my producer contacted me to say a play I’d submitted eighteen months ago had been commissioned, my first response was, ‘What play?’   I had to go away and look at my notes.   But it has been commissioned – it’s on next year and I have to get a draft in by September 5th.  It’s about a disastrous school trip in the seventies featuring my old PE teacher who was always telling us he had been in the SAS but held a compass the wrong way up and got us lost.  It’s possibly libellous but I’ll worry about that later.  And it’s got rude words in it which means a fight with the BBC Legal department.  But hey – it’s a commission!

This entry was posted in plays, radio and tagged BBC Radio 4, script. Bookmark the permalink.