CIVA (the Comet Infrared and Visible Analyser) is a set of cameras split into two groups. The first experiment, CIVA-P, consists of seven identical cameras that produced a panoramic image from Philae's resting site. CIVA-P was designed to characterise the landing site, mapping the surface topography and the albedo (reflectivity) of the surface. Two of the cameras are aligned so as to produce stereoscopic images.

CIVA-M, the second experiment, combines two miniaturised microscopes, one of which operates in visible light and the other in infrared. These are mounted on the base plate of the philae lander and were designed to analyse samples delivered by the SD2 system for texture, albedo and mineral composition. As these analyses are non-destructive, it is possible that the samples could subsequently be analysed on COSAC or Ptolemy. 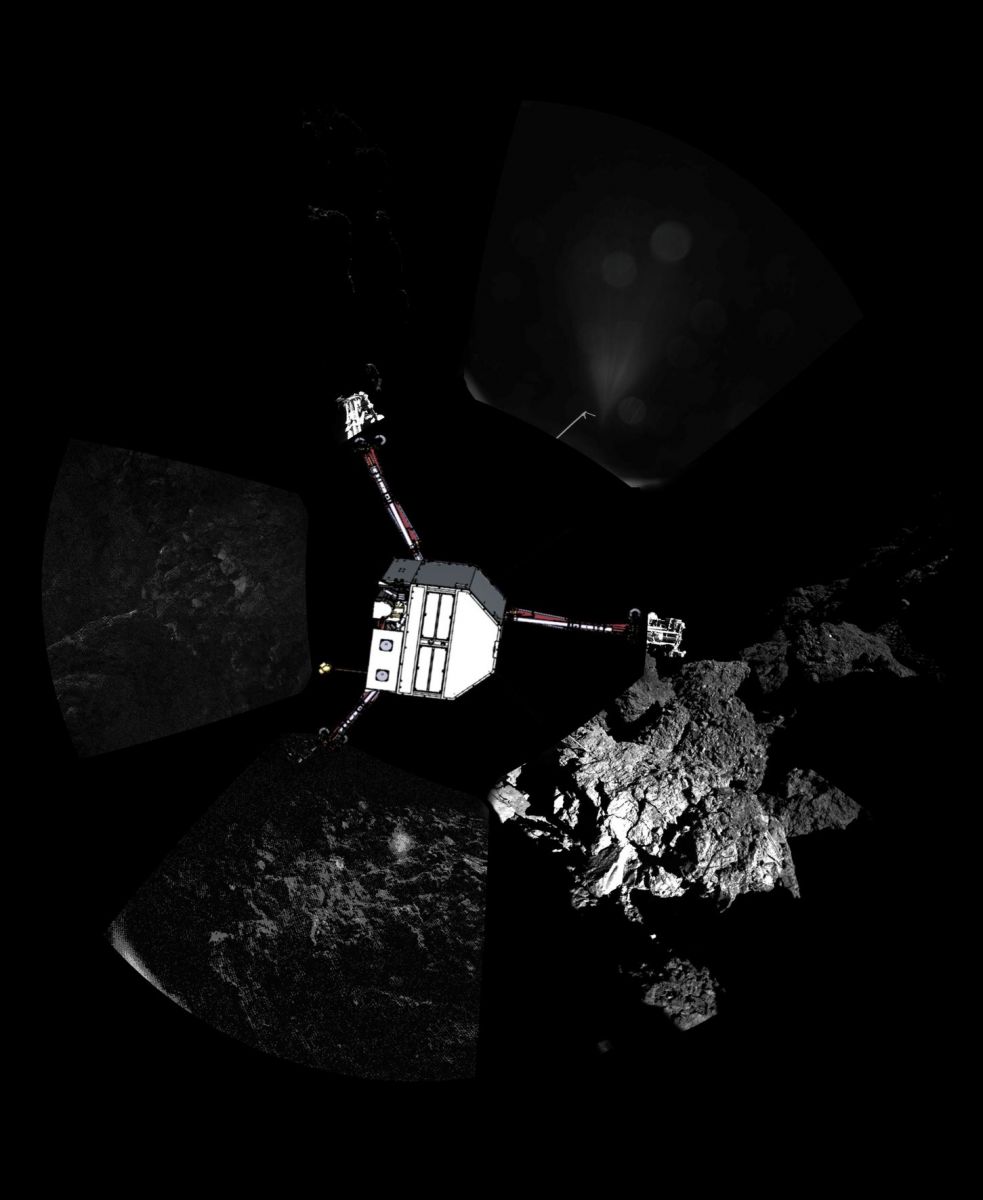 Panoramic view from CIVA-P with a superimposed model of Rosetta to show orientation. Copyright ESA/Rosetta/Philae/CIVA