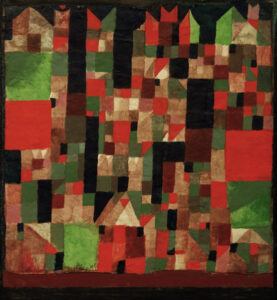 During our research within the Future Urban Environments group we study the processes through which various actors, including planners, architects, policymakers, technology developers, community groups and many others engage in the collective creation and re-creation of cities. Cities are constantly being remade as their fabric becomes receptive to globally circulating ideas, technologies and narratives – for example, as they willingly or unwillingly accommodate faster communication networks, smarter and more efficient energy systems, smart city technologies, low carbon transport schemes and urban operating systems.

The ever-increasing proliferation of ideas about how to address urban challenges could easily overwhelm the actors who struggle to create meaning in an environment defined by information overload. However, actors responsible for making decisions about cities are able to filter out the ones that are most relevant to problems that concern them and the urban futures they envision. We have become increasingly interested in this process and we have quickly realised that the passive metaphor of “filtering” does not do justice to the active processes through which heterogenous flows of ideas, experiments, technologies, infrastructures and policies are incorporated into cities that somehow remain mostly coherent and governable.

Curation, rather than filtering, is a useful metaphor for understanding how local actors purposively assemble the multiple, fragmented, entangled and shifting socio-technical developments and policy ideas into new ways of living in the city. Curation has been broadly defined as a practice whose aim is: “to filter, organize, craft, and, ultimately, care for a story composed out of – even rescued from – the infinite array of potential tales, relics, and voices” (Burdick et al., 2012: 34).  Thus our work emphasizes the importance of stories as guiding the development of cities.  While planning as storytelling is not new (see for example Olesen 2017 or Van Hulst 2012),  the notion of curation expands this perspective by acknowledging that some stories must be told by extra-discursive means- stories are not conveyed exclusively through words but also through things and through their ways they are made to relate to place and to each other. Contemporary perspectives on curation increasingly emphasize the importance of caring for the interrelations amongst objects, the enhanced meanings that may generate in their dialogue and the objects’ dialogues with various publics. Such interrelations are clearly as important for cities as they may be for exhibits in a museum.

We have applied this perspective to the study of smart cities, to contest narratives that cast cities as powerless, passive recipients of ideas and directives imposed by powerful national and transnational interests.  When a city announces over the course of a few years that it has incorporated a data hub supported by a global technology provider, a low carbon transport infrastructure development funded by the national government, a fast telecommunication network deployed by a major Chinese company as well as a trial for driverless taxis and a fleet of grocery-delivering robots, one could understandably become concerned about its coherence and governability.  We have learned that such concerns can be assuaged by paying attention to the curatorial work of constellations of actors who live in the city and care for the affects and stories that arise as data centres, electric cars and delivery robots become part of a new urban constellation.

This is a joint blog post reporting on research by Dr Miguel Valdez and Professor Matthew Cook .