It is LGBTQ+ history month and it is about time to have a look at some of the contributions of Gay, Lesbian, Bisexual Transgender, Queer or Questioning people to design in the past.

By a long way, the most famous designer with a love for the same sex must have been Leonardo da Vinci (https://www.bbc.com/culture/article/20191107-the-men-who-leonardo-da-vinci-loved). Da Vinci lived in the Renaissance, a time where social and cultural norms were massively questioned. Before, it wasn’t uncommon for people with unusual ideas to be punished, think of ‘witches’ and their knowledge and skills of healing in the middle ages!  Slowly, the Renaissance changed that, and so da Vinci was freer with his curiosity, observation skills and creativity to explore parachutes, flying machines and helicopters, gears and self-propelled carts and even a robot (see interview with Mark Rosheim who rebuild the design in 2002 https://youtu.be/4f7jDN5qQVE ). All that happened in the 14th and 15th century! 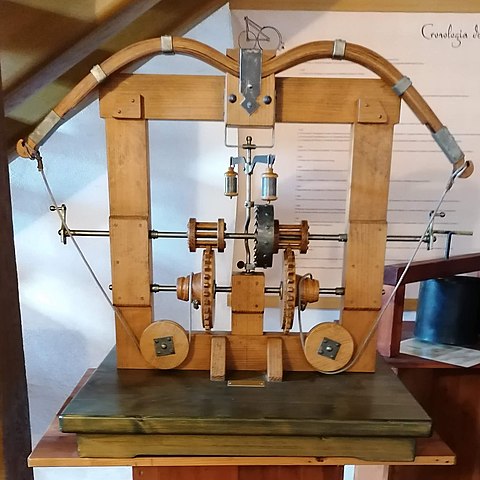 While da Vinci was also famous for his architectural designs, other gay Architects made names for themselves later on. Two of the most famous must be Louis Sullivan (1856 – 1924) and Charles Moore (1925-1993). While the former is hailed to be the first modern architect, the latter is well known for his postmodern architecture.

Modern cityscapes are dominated by steel skyscrapers and Sullivan is said to have been pivotal in developing the key components for high-rise buildings:

“Each of his buildings had three components: a base on which the weight of the building could be sustained, a shaft or column with which the building rose, and a crown or cornice at the top of the building. From this concept came his most famous saying: form follows function.” (https://queerbio.com/wiki/index.php?title=Louis_Sullivan) 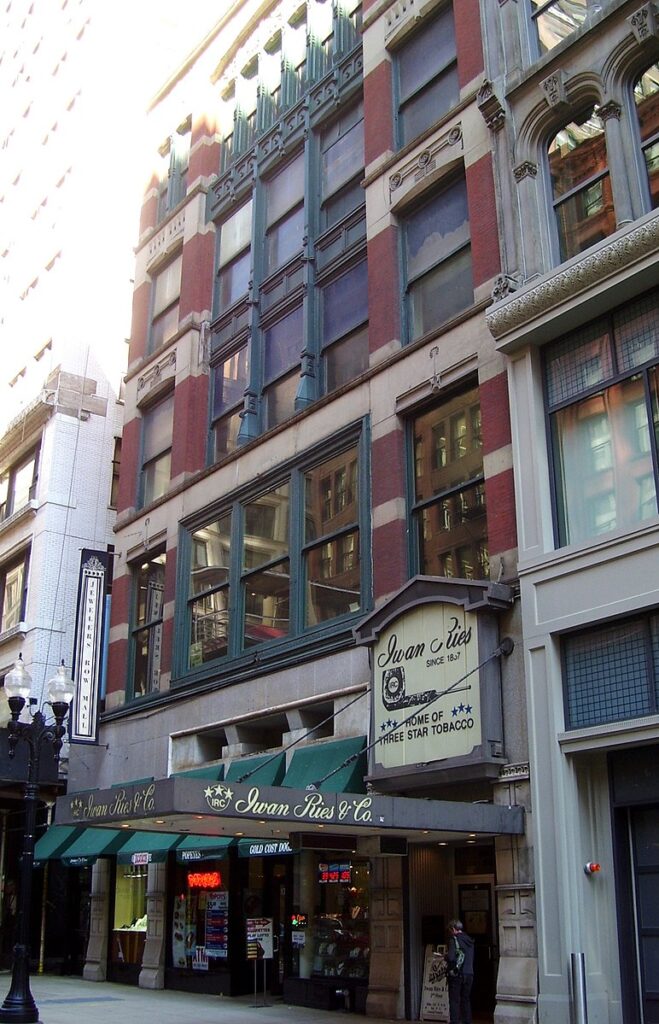 Figure 2 The (Little) Jewelers’ Building, also known as the Iwan Ries Building, at 15-17 South Wabash Avenue in the Loop neighborhood of Chicago, Illinois, was built in 1881-1882 and was designed by Dankmar Adler and Louis Sullivan. It is one of the few Adler-Sullivan buildings other than the Auditorium Building remaining in the Loop. It is a Chicago Landmark (1981) and is listed on the National Register of Historic Places (1974)

Form follows function was a mantra much throughout my training as a designer at a Bauhaus-oriented design school in Germany. Sullivan’s buildings were not just functional in a technical way, other functions followed, such as aesthetics, sustainability, usability and identity (T217 – second level OU deign students will know all about these functions, and more). Sullivan’s buildings were said to arouse people with their novelty and beauty (especially using green oxidised metal). Combining functions is so important in designing likeable and hence more useable and sustainable products, services and systems.

Similarly, Moore’s style is described in Wikipedia to provoke arousal and challenge norms:

“His mid-1960s New Haven residence, published in Playboy, featured an open, freestanding shower in the middle of the room, its water nozzled through a giant sunflower. His house in Orinda, California was also sybaritic, featuring an aedicula over the bed, a tree growing inside through the roof, and much natural light.” (https://en.wikipedia.org/wiki/Charles_Moore_(architect))

Navigating towards the present-day LGBTQ+ design, I could not resist to point out how design practice is changing, especially in urban design and architecture. Grassroots and community design initiatives slowly replace the single star-designer designs and futuristic urban plans. The East London LGBTQ+ Community Centre initiatives conducted co-design research to understand their collective needs and dreams in 2018, and they will repeat this process in 2021, post-Covid. They are looking for volunteers! This may be your chance?

Expressing alternative experiences in built form, and with that pushing the norms of what is expected and allowed, is a driver for innovative designs, and so it pivotal for the design discipline to celebrate diversity. Come celebrate with us … , and if you are looking for some celebratory designs, have a look at these Pride floats: http://www.architecturelgbt.com/2019-pride-float-entries.