The Open University hosted TEDx last week, providing a platform for a range of interesting and diverse speakers across the UK.

The Design Group (not short of something to say in public) was represented by no less than four speakers. Claudia Eckert, Helen Lockett, Stephen Peake, and Derek Jones.

Over the next few weeks each speaker will post something about their talk.

Learning to Change Our Minds by Derek Jones 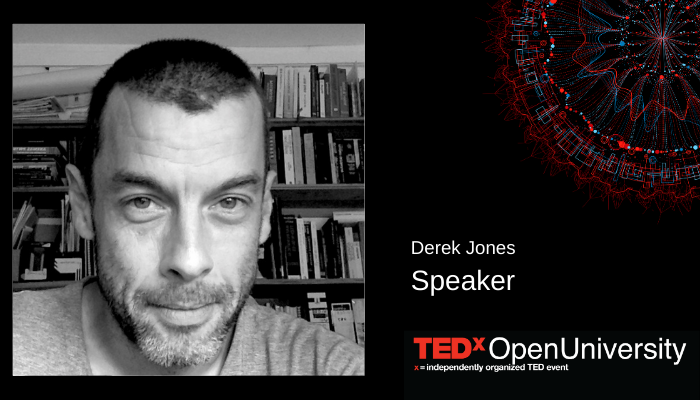 My TEDx talk was all about ideas. In particular, what people do with ideas and how that shapes their world and others.

Here’s the original script – not quite the same as the presentation but it hopefully gives some ideas. At some point, I’ll also  do a follow up on some of the Cognitive Superpowers I’ve collected so far – if anyone  has any suggestions for these just comment below!

Wow. We’ve been introduced to some incredible ideas, haven’t we?

That’s what TED talks are about – “Ideas worth spreading”?

And is that not amazing in itself? How do you ‘spread’ and idea?

Think about how that works … quite literally … for a second.

A bunch of strange people you’ve never met before have walked in front of you, noise has come out of their faces, and you ended up with an idea. In your head. From here. To there.

You have a new idea in your head.

The world of ideas

I’m a designer (an architect) so my job is to come up with ideas; to work with them. So I’m really interested in what they are, where they come from.

But I’m also an academic – a researcher – so I have to be quite careful about how I study ideas.

And that’s quite tricky because ideas aren’t well defined; they’re not made of ‘stuff’; they change; they’re different for different people, at different times.

That’s why I’m also a pragmatist – I try to take a simple, practical approach to studying things.

Here’s how I apply that to studying ideas:

Ideas come from thinking. Thinking comes from cognition. Cognition is stuff that happens in our bodies: our brain, neurons and the all the stuff that goes with that.

One of the results of taking this approach is quite surprising.

When we compare what people are aware of thinking and what’s actually happening, the two things aren’t the same at all.

It turns out that we are only aware of about 10% of what happens in our heads.

Some researchers reckon it’s as low as 5%

That begs the question – what on earth are we doing with the other 90% ? 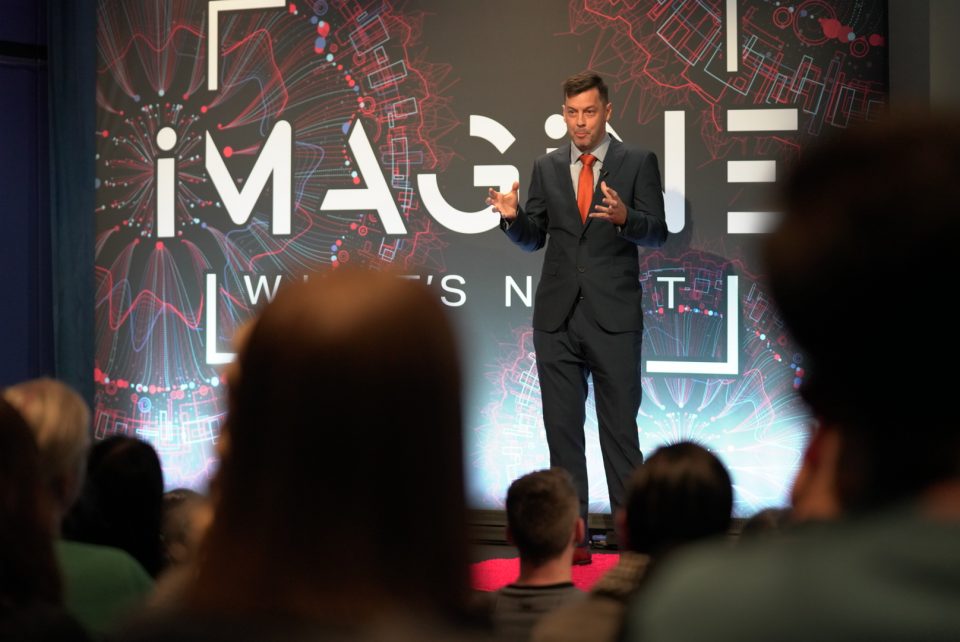 And, yes, a lot of this activity is stuff we don’t need to know about:  keeping breathing; that we don’t fall over; hoping that people won’t hate us…

But there is something common to all of this thinking – it’s utterly and completely selfish.

It’s inside you; so it’s about what you like; what you prefer; what you want.

That selfish thinking affects thinking we’re aware of; which affects our decisions and then the things we do. And it makes us make pretty biased.

Without us realising it!

But here’s the really mind-blowing thing – when we’re called out on these, we make up stories about our biased choices and actions.

It’s called motivated reasoning. We use ‘rational’ arguments to support something we’ve decided subconsciously; something we want to believe. But we create a reality about it that might not be true.

For example, this is how I can go into a shop for milk and come out with a bar of chocolate the size of a small child.

Now, what I don’t say is “I have an animal-like lust for chocolate. I like the dopamine / serotonin buzz from chocolate. The yellow sticker calls to me. I am an animal. Chocolate. Eat. Gooood.”

I’ll come up with little reasons: “I did a press up last week”; or “I deserve a little treat”; or (here’s the good one) “It was on special offer.”

Ever wondered why chocolate is always on special offer?

You’re being given a motivated reason.

Motivated reasoning is just one of those cognitive processes that happens in that space between conscious and subconscious thinking. The world of ideas.

They are a way of changing or denying reality in our heads.

It’s how biases become real; it’s how gambling works; it’s how we can believe inaccurate things about vaccinations;

It’s how we are able to deny climate change.

We evolved mechanisms to create different realities for important survival reasons. Problem is, we evolved in a very different contexts to today – not a planet covered in 8 billion people.

These mechanisms, these  fallibilities, are what make us, as humans, dangerously unsustainable as a species.

It’s gone a bit dark – let’s see if we can turn it around. It’s a TED talk after all.

And, we’re not going to change the future if we don’t embrace our fallibilities…

In fact, how’s that for an idea – let’s rebrand our fallibilities.

But that’s my job – to make stuff up and then convince people it could become true.

I’m paid to be a convincing liar.

Lying Motivated Reasoning is a superpower

But here’s the important bit – the bit I really want to share with you today.

Some designers are able to deliberately use these ‘subconscious’ cognitive processes.

Good designers are able to turn their superpowers off as well as on.

For example – I have an optimism switch. I can turn on optimism (in my head) so that I can imagine all kinds of things – stuff that’s not normally possible for me.

Optimism is really neat. We evolved optimism as a species to ensure reproduction in really hard conditions, where we really had to believe that we could survive despite all the evidence to the contrary.

So I use that to design buildings! I deliberately switch mind states to get the job done.

It’s a kind of superpower – I have loads of others, too. And what makes is a superpower is that I can use it deliberately. I can change the way I think.

It strikes me that these ways of thinking – of changing your thinking – might be quite useful in other ways – in other domains.

Adults are no use – they’ve proving they can’t be trusted with them.

What about children? We already know that we don’t make nearly enough use of children’s creativity (95% of them are creative geniuses, after all).

You see, as a design teacher, the worst thing I can give students is my old ideas.

The best thing I can give are my superpowers, ways of thinking about the future, to enable them to come up with their own, new ideas.

We can only change the future by changing ourselves.

And we don’t have much time either – not enough time to evolve, anyway…

But we can change how we are able to think.

To do that we have to learn to, quite literally, change our minds.