Recently we held the first event in a series to celebrate 50 years of design teaching and research at the Open University. The event was a discussion between Emeritus Professors Nigel Cross and Robin Roy, both of whom played key roles in developing design teaching from its inception, and myself, who as an OU student, was inspired by that teaching to go on to a career in design teaching.

The event drew on archive materials to show the thinking and approaches taken in the teaching materials. The oldest clip shown was first broadcast on BBC television in 1972. For copyright reasons the full clip was not able to be shown, but the original began with news footage of several design failures; protests at the opening of the Westway urban motorway, the Hither Green train crash, noise pollution from aircraft, car and air crashes, pollution, waste and obsolescence, urban decay and issues of new town blues. In viewing this footage there are few who could fail to see that the issues being discussed are as relevant as ever today. In the programme, Nigel discussed these incidents and issues in terms of the failures of the interface between technology and the natural environment and the interface between technology and ourselves, concluding, that the decisions different actors, including users, make about the use of technology shape the design of future technologies.

At a time when the future of humanity hangs on the decisions about which technologies and resources to invest in, we were reminded that for more than five decades the dangers of unimpeded growth have been known about and ignored. Indeed, as Robin pointed out, for the module “Man Made World: a technology foundation course, in which the programme on Design Failures appeared, the report “Limits to Growth” written by a group of academics from MIT and published by The Club of Rome, was used as a set book. 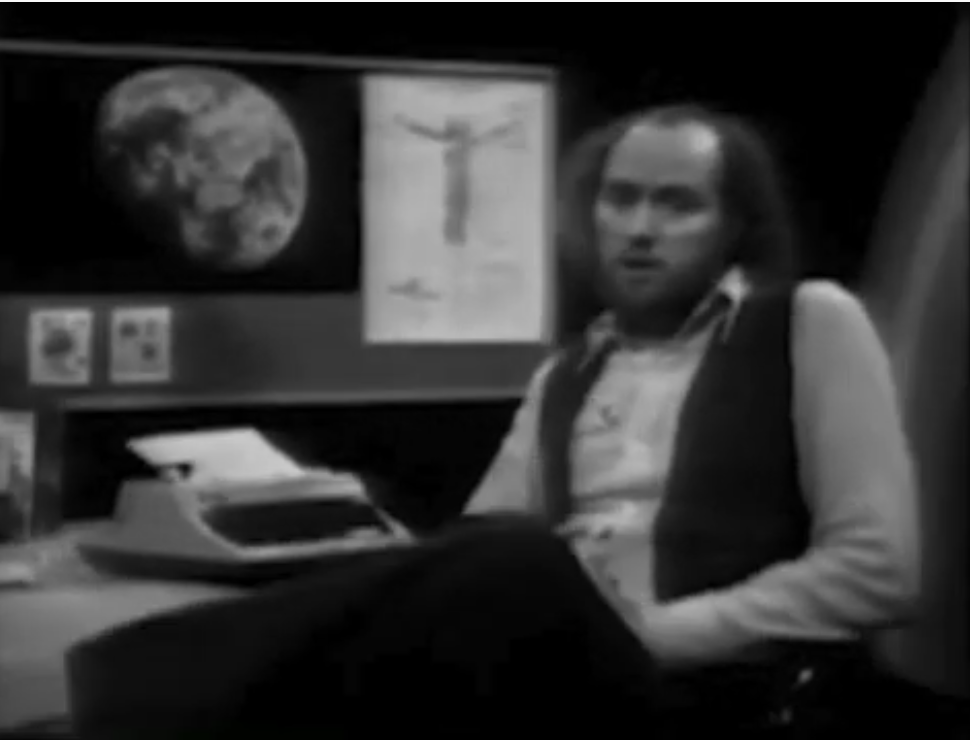 Nigel talking about the problem of designing a television programme about design projects.

The event also showcased the reflective approach to design and designing that was adopted and developed at the OU. Nigel’s chosen archive clip was a piece in which, to show the approaches and methods involved in undertaking a project, and the different objectives and aspects that need to be considered, he talks about the process of designing the television programme that he presents.

For his provocation, Robin chose a clip from a 1990s interview with product design Mark Sanders about the creation of the Strida folding bicycle. The clip, extracts of which are still used in teaching today, was chosen to exemplify the use of case studies to teach students about design processes and practice. In it the exploratory sketches and models from the earliest stages of design are shown, to talk through the progression of the idea from a concept (a bike that folds like a baby buggy) to the exploration of shape and many possible configurations of the different components.

In the discussion around these video provocations, Nigel talked frankly about the challenge of teaching design to non-designers. The first academic team in Design was led by John Chris Jones, who, in 1970 had published his book ‘Design methods”. Finding consensus in the team about the approach to take was a challenge, and, in those early days, the way forward emerged rather than was planned. Inspired by Chris Jones’ work the approach eventually adopted a meta-level view of design, considering method and process and focusing on problem identification and framing alongside consideration of the question ‘what is designing’. The first element of design teaching included a set of ‘Meta cards’ containing summaries of different methods and approaches as prompts to designing. There was also a fundamental premise that design is a skill that can be learnt and this was amply demonstrated in the achievements of students. With a mature student population, assessment was designed to give students the autonomy to find problems which interested them and to apply the methods and techniques learnt to generate and design, solutions. The problems chosen ranged from the domestic to the systemic, as these examples of student projects show;  a carrier service for distributing goods in a small town; self sufficiency at home; safety at work – reducing welding fumes; conflict between local residents and a chemical factory. The breadth of topics shows that students, on the basis of their OU studies, were learning to apply design thinking decades before ‘design thinking’ emerged as a concept for use outside of the design community.

The development of OU design teaching necessitated the identification and articulation of design knowledge and skills, in a way which had not been done so comprehensively before. This work, led in turn to Nigel’s seminal, and much cited work, “Designerly ways of knowing”, thus, the development of design teaching for non-designers had an impact that moved forward understanding of the process and profession of design for design educators and researchers alike. 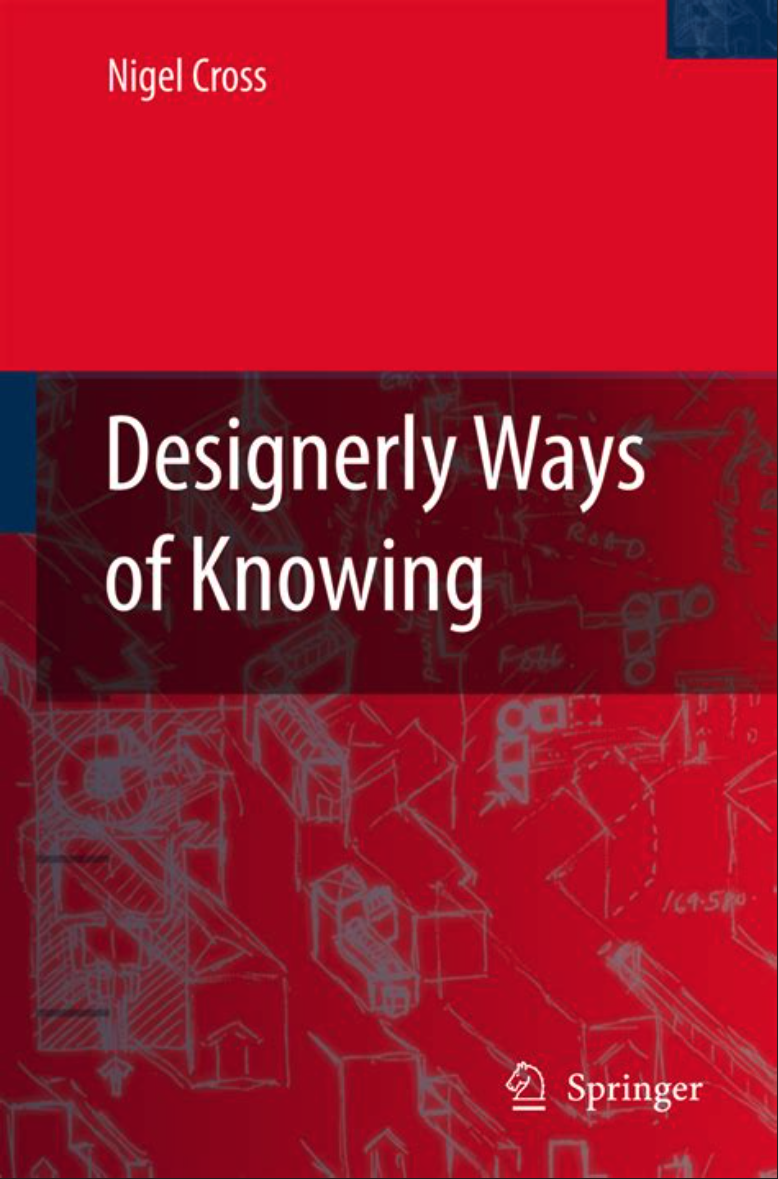 Since those early days, when students were only able to take design modules as part of an open degree, the offering of design at the OU has expanded and in 2012 a named degree in Design and Innovation was launched  enabling students to study 180 credits of design alongside a complementary discipline such as engineering, computing, management, culture and aesthetics or health and wellbeing. The teaching of design at the OU has evolved over time to include more practical skills development within largely project based assessment. This year agreement was given to expand the design curriculum to offer a full 360 credits of design learning in a Bachelor of Design programme. It is anticipated that achieving this will lead to further innovations in teaching and support structures, building on the work of, and continuing in the giant footsteps of, those pioneers from half a century ago.

To view the event go to the OU Design YouTube channel, you can also view each of the clips discussed on a featured page in the OU Digital Archive