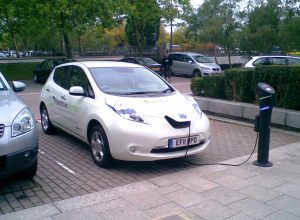 Electricity systems underpin much of everyday life in the city.  As urban populations expand, become more affluent and carbon reduction targets ramp up it is likely that such systems will need to change considerably over the coming years.  Here many commenters argue that wholesale transitions to low carbon robust electricity systems are needed.  However, as we move from current to low carbon electricity systems new sources of flexibility to balance electricity supply and demand on transmission systems as well as to overcome constraints on district networks may be required.

In places like Great Britain, traditionally the electricity system has been specified and sized to meet peak demand and provided by dispatchable power stations which vary the amount of electricity produced.   However, the integration of intermittent renewables (i.e. non-dispatchable plants that cannot be simply turned on or off, up or down) combined with potential increases in peak demand caused by new demands for electricity from transport and subsequently heat means that such responses to manage electricity flows and overcome network constraints may be insufficient. Indeed, the ‘predict and provide’ logic of electricity systems may be neither technically nor economically feasible perhaps even in the medium term given development pressures from the integration of non-dispatchable renewable power generation (e.g. wind turbines) and increases in peak demand.

Thus radical innovation is necessary to increase the flexibility of the electricity system to respond to new electricity demands.  Here, rather than follow established approaches and  construct traditional dispatchable generation facilities (e.g. gas fired power stations), it is likely that  energy storage and demand side response innovations will be needed. Such measures are likely to require major systemicchanges across the entire production, distribution and consumption systems which comprise the GB electricity sector.  Drawing on notions of modular and architectural innovation, we can see modular innovation has been pursued in the GB electricity sector, while its overall architecture has been left largely intact. Thus further innovation to meet the challenges set out above will not onlyneed to focus on the components of the GB electricity sector and thus modular innovation but on the relations between the components and hence on what we may call architectural innovation.  Here architectural innovations might include more radical demand side response models, novel smart technologies that support bidirectional flows, new business models and innovative connections to topographically embedded systems such as smart city initiatives.

Prior to academic life, Matthew worked for 11 years as a professional spatial planner specialising in urban regeneration and sustainability. He returned to university in 1999 as Research Assistant on a UK Government funded project and completed a doctorate in Innovation and Sustainability. Following an appointment as Lecturer at Cranfield University in 2003, Matthew joined the Open University in 2009 and is now Professor of Innovation. Matthew’s research interests are in the governance of innovation with specific reference to two inter-related topic areas: 1) the development of service orientated business models and the opportunities this provides for product service system innovation in cities 2) the emergence of smart city initiatives and how these may improve the sustainability of systems such as transport and energy which underpin every-day life in cities. Matthew’s work in these areas is founded on the view that innovation is a situated socio technical process, shaped by various logics which are the outcome of struggles between local and non-local relations.