Today is the last day of COP26 and, being based in Glasgow, I thought it would be a good time to share some thoughts and images.

I don’t want to write about COP26 itself, but rather about how creative activism has reshaped the city space and visually and emotionally engaged people in the last two weeks.

Recently, a lot has been written about creative activism, artivism, artistic and artful activism, and radical art forms. Still, I believe that the following quote provides a clear, concise and comprehensive definition of the relationship between activism, creativity and audience:

“Creative activism can now be defined as a kind of meta activism that facilitates the engagement of active citizens in temporary, strategically manufactured, transformative interventions in order to change society for the better by communicating conflicts and/or solutions where no one else can or will in order to provoke reflection (and consequent behavioural changes) in an attempt to revitalise the political imagination.”
(Harrebye, 2016: 25)

That resonates with my experience of the shape that creative activism has taken in Glasgow during COP26.

I don’t have a first-hand insight into what happened in the blue and green zones in terms of creative interventions (if any!); however, I can say that in the city space, creativity has played a significant role in engaging people, promoting reflection, and hopefully, encouraging action.

I am thinking here of exhibitions organised in galleries and art centres but also random street posters, pop up shows in shops windows and improvised street performances and installations. All these visual and creative inputs that people could access from the street or public places, with no intention or planning, along with more structured and organised events, have engaged people in a very democratic and impactful way.

Posters, photographs, graffiti, prints, installations and sculptures have created intersectional, liminal spaces for critical thinking. They transformed the city space into a space for active engagement with climate change. They promoted conversation, interaction, emotional reactions, active and embodied knowledge. They made people feel part of the discussion.

Having engaged with art and activism for a long time, I have also noticed a shift into more approachable, less extreme, and perhaps more inclusive forms of creative activism. Less ‘visual shouting’ and more’ visual reflection’.

Another essential aspect to consider in this context is the diversity of voices that have contributed to the creative discourse around climate change, with contributions by artists from the Global South and indigenous communities – especially from the Pacific islands and South and Central America. The Global South not only as a subject in work from artists from the Global North but as an active agent of creative activism. This is long overdue, and I hope it is a step toward decolonising the creative action, not limited to these past two weeks.

There are still huge gaps to be filled here because the Global South includes many other voices that still don’t have access to public expression (verbally or visually) and have been strongly affected by climate changes. For personal connections, I think here, for example, of people from rural areas in Bangladesh, Nepal, Tibet, India and Pakistan, to name a few, which haven’t been represented much in public events of any kind.

So, as my small creative activist action, I include here some images of indigenous people from the Himalayan region of Solukhumbu, in Nepal, where climate change is becoming one of the most significant challenges for the local communities that live on seasonal farming and agriculture.

To give them, too, a voice. 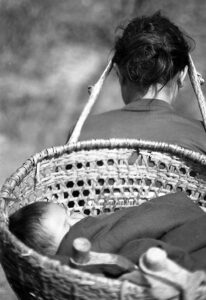 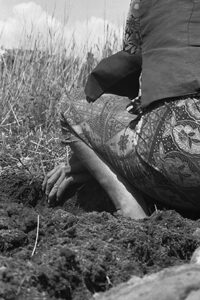 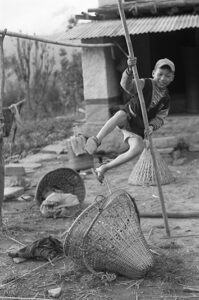 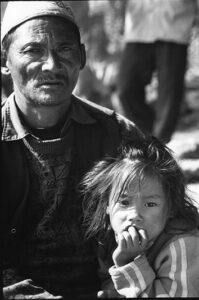 All photos by Alessandra Campoli.

One response to “Creative Activism, COP26, Emerging and Forgotten Voices”