We followed a recommendation from an OU tutor, Richard Coles (T317), who has been working as a packaging designer for a long while. Under his guidance, a group of students from the Design and Innovation qualification and other qualifications visited the Museum of Brands in London. 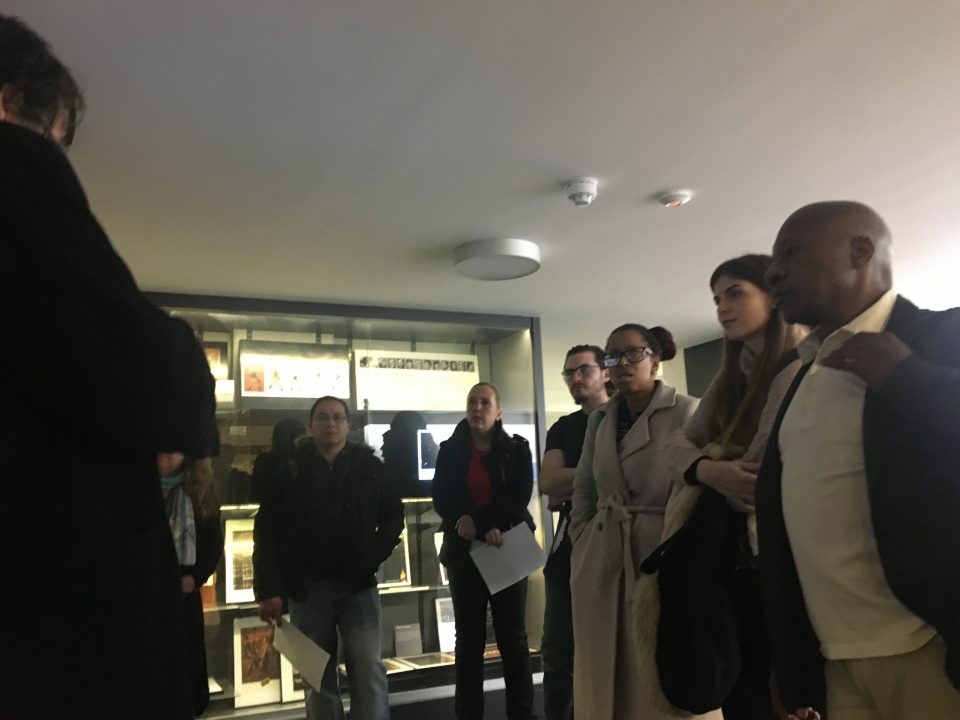 We were delighted that Robert Opie, the Founder of the Museum, was also in on that day. He came along with us in the ‘Time Tunnel’, the main exhibit, and we asked him questions about the exhibited.

The Time Tunnel takes you through the history of packaging, advertisement and later the development of brands and branding. It starts in the Victorian era and takes you up to today. For me, it was amazing to see the continuation in the way the exhibits were contextualised being next to each other in a flow of products over time. It was also overwhelming to see and I think this shows the abundance of stuff in this world. Especially from 1950 onwards, the quality of packaging and development of strong branding with bold colours, designs and messages stood out to me.

Another interesting development for me could be seen in the decade before that. For example, the iconic character of Disney’s Micky Mouse was suddenly not only seen on the screen but also in stationary and other merchandise. The image, qualities and implicit values inherent in Minnie & Micky and the friends were transferred to other products creating a strong and lasting brand that clearly distinguished their products from others. Read more about the Time Tunnel in the museum’s description of the exhibit:

Opie has also published several books on the history of packaging and branding, such as ‘Throwaway History’. 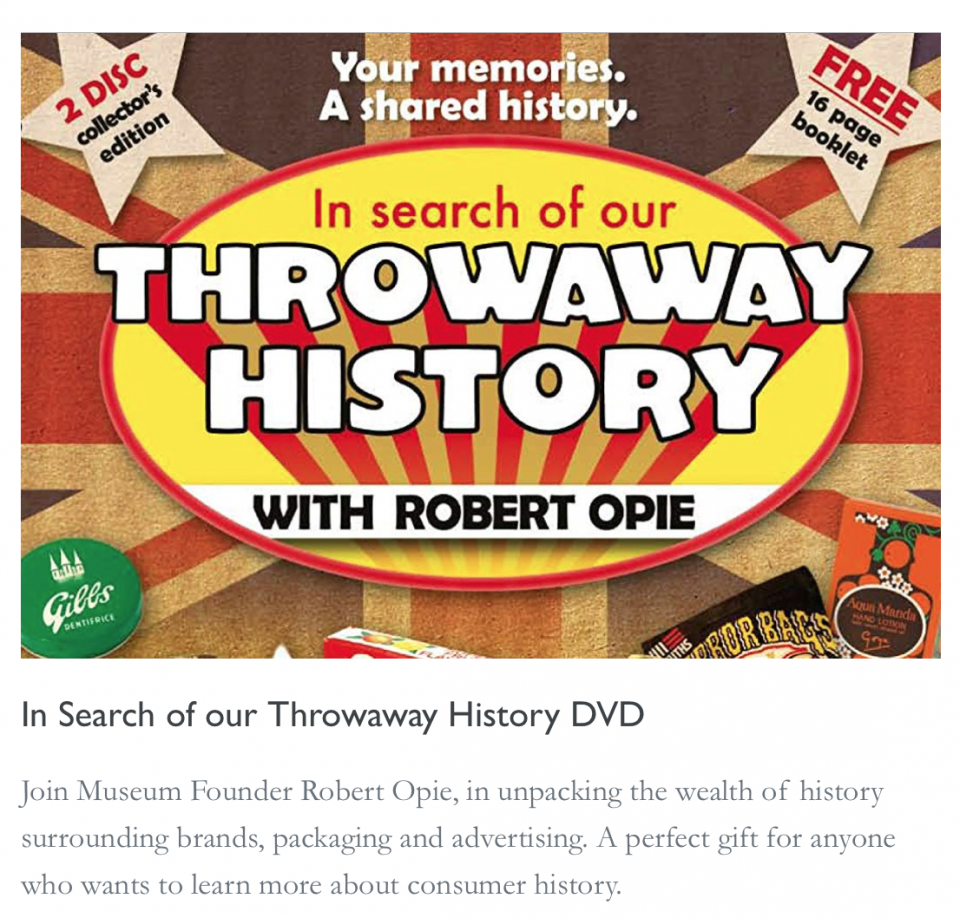 Opie joined us when Richard gave a talk about the ‘History of Food’ canning. He took us from invention to innovations in food canning and proposed how the future of food tin cans might look like. Richard suggested that Tetra pack will replace tins in the future, because of resources scarcity. But proper Tetra pack recycling mechanisms need to be in place to make it a system innovation rather than a product innovation. Listen to his talk shared on our Facebook Group: