Now that the UK lock-down has been eased, although we observe increasingly local lockdowns being actioned, we can start to look back at what impact the Covid-19 crisis had and continues to have on social life in cities. In this short blogpost, I want to share some initial thoughts on the access to and uses of outdoor green spaces in cities. We’ve seen that people in UK cities have rediscovered the value of public parks for meeting up with friends and releasing the stresses build up from being stuck indoors for too long. Also, the privileged that have had access to a private garden have probably found themselves spending a lot of time there, sometimes initiating an overhaul of the garden design. As recently pointed out in a Guardian article, the temporary closures of parks in London disproportionally affected people living in ‘deprived areas and those from BAME backgrounds’.

Whilst scrolling through my twitter feed, I looked with envy at pictures from allotment holders posing with chard and agretti. Others have perhaps realised that their balcony is not just a storage space for a bicycle, but can also be an outdoors’ extension of their living room. In my personal experience, our balcony became a temporary escape of the increasingly depressing media cycle. Catching a few sun rays on April and May afternoons helped to momentarily forget about the increasing number of excess deaths. My partner and I introduced several new crops to our balcony, and yesterday we devoured the freshly cut rocket leaves we have grown. 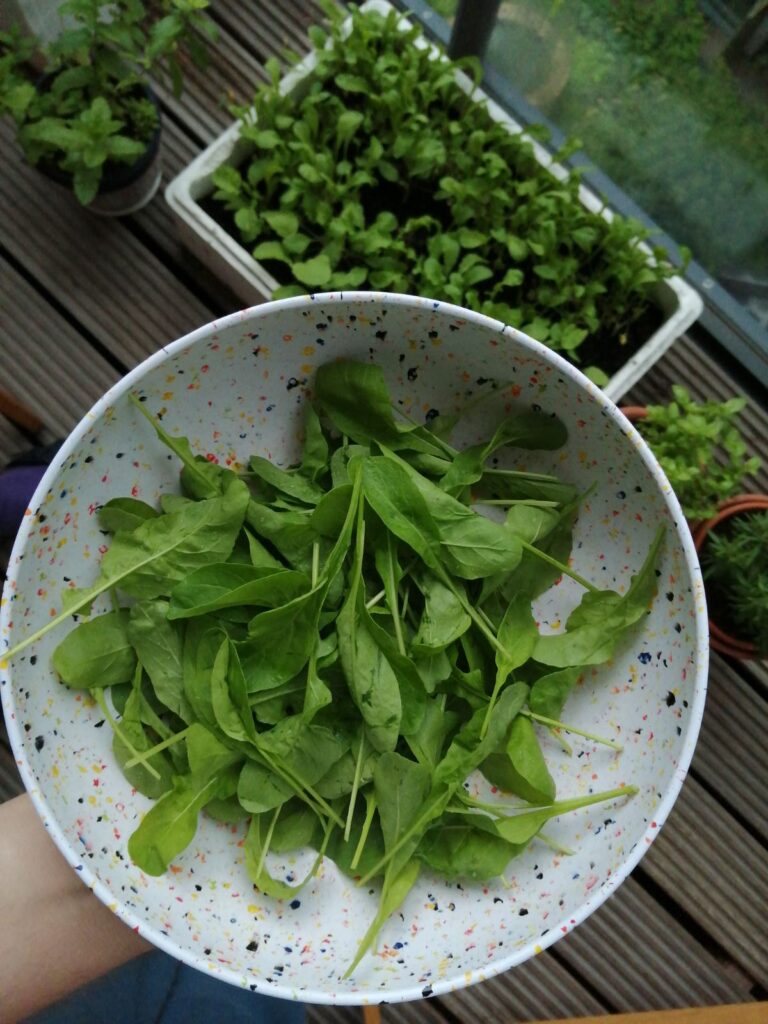 Yet, as far as I am aware, most UK community gardens have had to close their doors for the public during lock-down. These vital spaces for communities to meet, spend time outdoors, and look after plants have been inaccessible for a long time. It is hard to imagine what effects this has had on individuals and families relying on these spaces for their mental health and overall well-being. One of the case studies in my research, the Dalston Eastern Curve Garden located in a diverse, buzzing and gentrifying neighbourhood in East London has also had to shut temporarily. One of the things that my ethnographic study showed was that volunteers whilst looking after plants together, also opened up a space for meeting others. The shared embodied practices of cultivating a small patch of strawberries, allowed for conversations to unfold between strangers.

In my work I argue that this community garden, that is being run by two passionate local gardeners supported by a group of volunteers, creates the increasingly rare opportunity in cities for encounters across generations. Volunteers and visitors talk about accidentally bumping into others that they did not yet know and children play freely in this bounded green space, developing a sense of belonging to the garden, their neighbourhood and the city. Community gardens such as the Dalston Eastern Curve Garden then contribute not only to the biodiversity of our cities, but also to their social life by offering spaces to encounter others, to take care of each other and the environment, and find ways to negotiate difference. 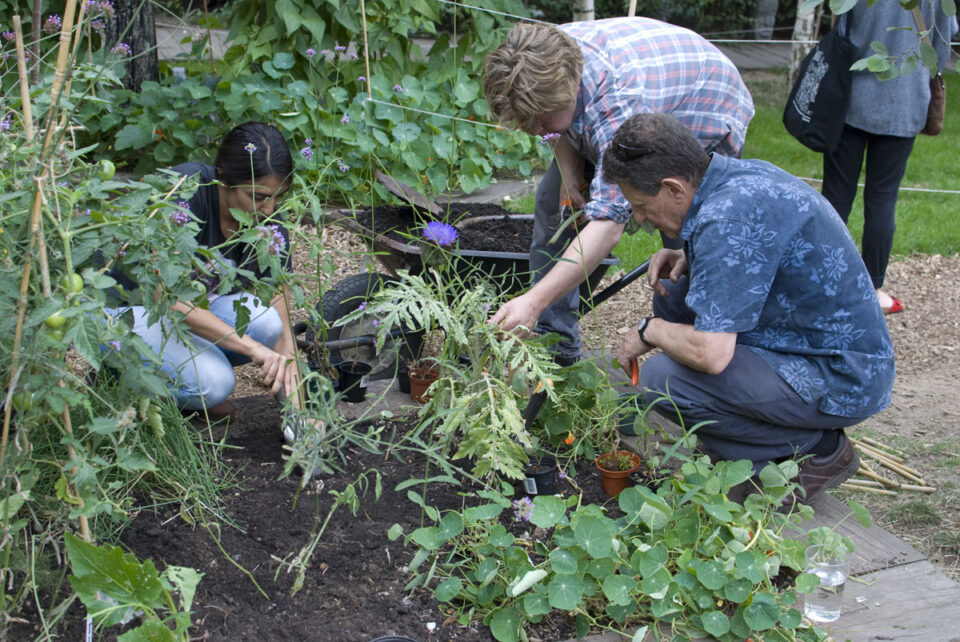 During lock-down, like many researchers I tried to continue some of my ‘fieldwork’ online, and from my haphazard digital ethnography I found out about how the community garden tried to cope with the crisis. The coordinators of the garden stayed in touch with the community through social media, and offered opportunities for armchair travel to the garden by means of video and audio recordings. It also supported local NHS workers, by cutting flowers from the garden and delivering them to these health care workers. However, due to its temporary closure, it has suffered financial losses. Within the UK context of austerity and cuts to local government , the garden is currently run without grant funding, and relies on its income from the café to maintain the garden and organise a wide-range of community activities. Yet, this income stream has now stopped. Furthermore, in order to safely reopen, it has to conduct building works to make sure visitors can adhere to social distancing guidelines. To cover these necessary building costs and the loss of income, the garden has set up a fund raiser three weeks ago. If you can and want to support this valuable meeting place of people, plants and animals, visit the fundraiser page here.

Jan van Duppen is a Research Fellow in Design at the Open University. For more info see: http://www.open.ac.uk/people/jld422