I was selected as one of the 2013 cohort of ten British Science Association Media Fellows. This is a scheme which places scientists with a media host for a month in the summer to learn about how journalists produce news reports of scientific research.

I was chosen by The Guardian so I packed myself off on the early commuter train to their head offices in London. Day one was a bit of a shock as it was such a change from my day job in the Planetary and Space Sciences laboratories at The Open University.

The Guardian offices were really swanky with large open plan work spaces and lots of colourful, modern networking sofa areas. I was thrown straight in at the deep-end by attending the morning planning meeting where the editors go over what will appear in the following day’s paper. This was a great insight into how journalists manage the breaking news agenda.

Following this I met the science and environment teams and was given my first assignment; to research a news story about a new method to laboratory test ivory to help prevent ivory trafficking. This is a very interesting subject but I was only given a few hours to research and write the story, including getting hold of the lead scientist on the story, and an environmental group for interviews. I rather nervously filed my first story after lunch that day and was so excited to see it appear online that same afternoon with my name attached. I honestly hadn’t realised I would get stuck in so quickly.

The rest of my placement continued in the same way, researching and writing stories on a daily basis, and I learnt how to deal with the very short deadlines that were normal for the other journalists. I’m more used to knowing about my deadlines weeks, or even months, in advance so it was interesting to see how I adapted! Over the course of my placement I wrote a further 17 pieces that appeared online, 4 of which were picked up for the print version of the newspaper.  You can see some of this work on my Guardian profile. 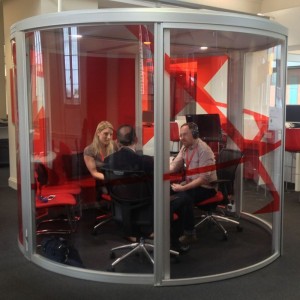 However, writing wasn’t the only experience I got on the placement. I also recorded some material for the Science Weekly podcasts. I appeared on the news round-up section of the podcast one week speaking about the Mars Curiosity rover results that had just come out. Luckily this subject is very close to my specialist area so I was comfortable speaking about it with little preparation.

The podcasts also allowed me my first experience of carrying out interviews. What did I learn from this? Preparation, even on a short timescale, is key. I tried to prepare questions in advance because I was often interviewing people on subjects I previously knew very little about. The other thing I learnt was to have fun because often the person I was interviewing was more nervous than me and so it made for a better interview if they were relaxed and comfortable.

The final part of my placement was to attend the British Science Festival in Newcastle for a week as a reporter for The Guardian. This involved attending daily press conferences and then picking stories to pitch to the journalists back in London. I ended up writing about one of the more ‘fun’ stories, the vote for the world’s ugliest animal. 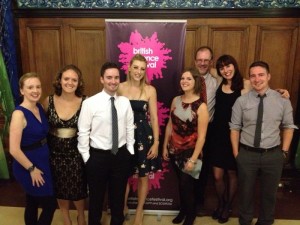 I also organised a number of interviews with scientists on more hard-hitting science, recording a lot of podcast material. This was a really great week as all the British Science Association Media Fellows got to work together and we were located in the press office with the other science journalists. It was nice to see the camaraderie between the journalists. They were much less scary than I first thought they would be.

I’ve taken so much away from my Media Fellowship and I highly recommend the scheme to scientists at any level, from postgraduate research student to Professor. Not only did I gain confidence writing, and in learning how to write to specific deadlines, I also learnt how science stories are picked up by journalists, and what to look for in a good press release.

From interviewing many scientists over the course of the placement I found that a bit of enthusiasm for your subject goes a long way. After all, if you aren’t enthusiastic about what you do then how can you expect anyone else to be?