The Spirit of Stoke-on-Trent: Reflections on the healing heritage of Brexit Capital… 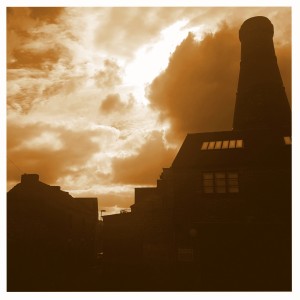 What lies on Stoke-on-Trent’s horizon?

All eyes are on a bitter and divided Stoke-on-Trent, as it goes to the polls amidst a flurry of sickening political deceit, backstabbing and the occasional well-aimed egg-throwing.

But I wanted to use this opportunity to reflect on another of Stoke-on-Trent’s vernacular vagaries. For not only is the city the ‘Brexit Capital’ of Britain, it has also been the hub of a thriving Spiritualist movement for some 150 years. And perhaps Spiritualism has something of value to reflect on in these dystopian times.

The healing power of Spiritualism…

Spiritualism is a religion that is misunderstood, ridiculed and even feared, yet, as I have written before, one of its core practices – hands-on healing –  has begun to make its way into mainstream healthcare in recent years.

But for Spiritualists, there is more to the healing dynamic of their religion and philosophy than the laying-on of hands. Even mediumship (communicating with the dead) – so often disparaged by wider society as praying on and exploiting the vulnerable – is understood as being essentially about developing a healing relationship between those who have ‘passed to spirit’ and those who are left behind.

Of course, death also has its place in mainstream healthcare. In end-of-life care it is widely recognised that the complex and unpredictable spiritual (and/or religious) needs of patients and families often come to the fore. As people face their own mortality, the meaning of life and how it may fit into a broader picture, is cast in new relief. Sometimes this manifests in requests for visits from religious leaders to prepare for death; at other times some very different spiritual visits will occur. Nurses in palliative care have often reported paranormal visitations and events as patients approach death; and bereavement counsellors will frequently find those mourning their loved ones talking of seeing, sensing or hearing the spirits of the deceased.

In both contexts – for those approaching death and those left behind – these otherworldly spiritual connections are experienced as therapeutic and comforting, often easing the passing and the subsequent transition to a life without that person for those left behind.

They are in essence healing encounters. 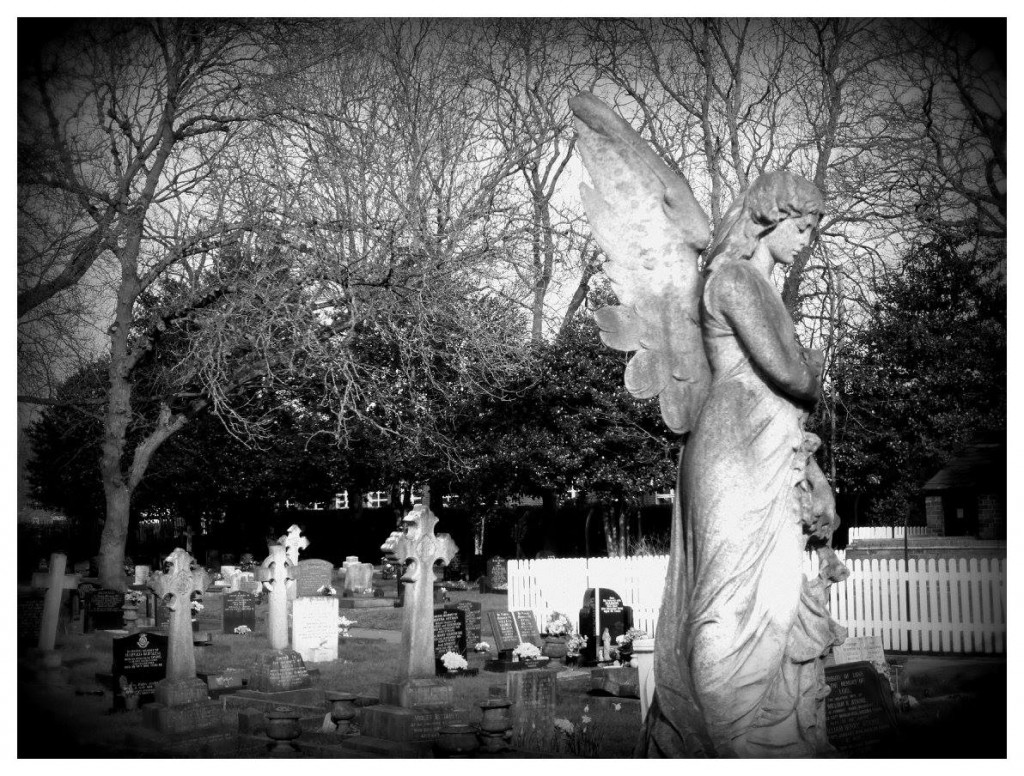 Healing the spirit? An angel statue watches over the graves in Longton Cemetary

But Spiritualism takes these extraordinary encounters as its starting point. These are seen as very normal and ordinary parts of everyday life; not reserved for moments of crisis. Spirit doesn’t just call at the death bed; for Spiritualists, it exists as an ever-present and active part of everyday life. And this serves as a healing framework for daily life which offers connection, continuity and shared experiences. 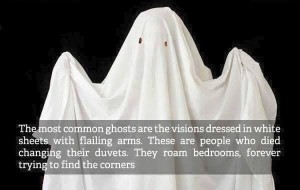 When a medium delivers a message from the dead, therefore, it is met with tears of laughter, as much as tears of loss.

But mediums do not only talk to the dead. Like any other person standing in front of a church congregation they will also offer a reading or address at each service. This is often used to highlight shared responsibilities and commonalities despite apparent differences – from Aleppo to pets, the Christmas story to the NHS, there is a reminder that spirit’s universal presence binds the world together, often against the odds.

Even for non-Spiritualists (for there are many who attend these services in the hope of a message from beyond the grave) there is common sense and comfort in this message which offers a welcome contrast to the images of conflict, devastation and hate beamed into homes daily by global news corporations.

But so what? What can we usefully take from that broader narrative of healing? Is it just feel-good palliatives in a world beyond hope, or might there be some message of value to be gained by reflecting on this other side to Stoke-on-Trent’s cultural traditions?

From curing to caring… 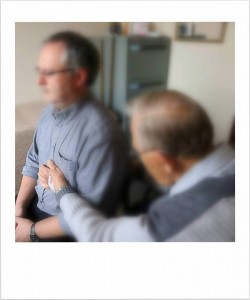 The unspoken subtext in any medical encounter is the need for it to be healing on some level, not simply curative, or treatment-based, or scientifically measurable, but for it to have at its heart a sense of having been cared for; hence we call it health care practice. There is also general consensus that developing healing relationships in health care encounters will improve clinical outcomes, ensure higher rates of patient compliance, and have beneficial impacts on job satisfaction for practitioners.

Embracing healing in health systems, it seems, is win win.

At the same time, healing has a complex and ambiguous relationship with health, illness and wellbeing. On the one hand, it might seem logical to think that healing implies overcoming some form of disease, ill-health or suffering. Yet on the other, someone can be terminally ill – or perfectly healthy – and still undergo profoundly healing experiences.

If healing, therefore, exists somewhere beyond the immediate physical biology of bodies, how do we locate it and how can it be accessed in health care encounters? Well perhaps Spiritualism has some of the answers.

The reality is that healing is independent of health, illness, curing, treatment, and even death; and the narrative of healing in Spiritualism shows that very clearly. In acknowledging and attending to the intangible, Spiritualism draws attention to more than the machinery of the body we inhabit here-and-now, relocating that body in the moments, places and relationships which make our lives worth living.

This can only be a good thing when the root causes of so many of today’s greatest challenges to wellbeing lie not only in physiological malfunctioning of flesh-and-bone-bodies, but in the social, cultural and spiritual dis-eases of their containing societies.

So here’s hoping for a brighter future for Stoke-on-Trent, premised less on its reputation as Brexit Capital and a little more on the city’s uniquely healing heritage… 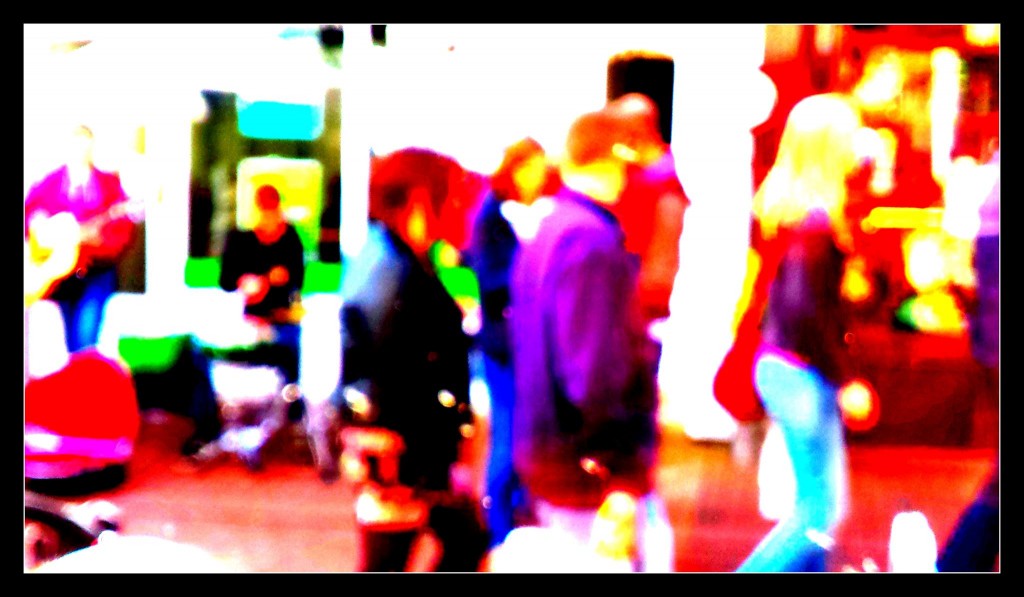 [I will be speaking in more detail about healing, healthcare and messages from Spiritualism at the 2017 Spirituality and Wellbeing Conference in York this weekend].