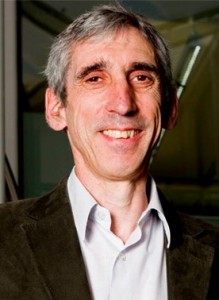 The Open University is over 40 years old. To celebrate this anniversary the university decided to document the rich social history of the OU.

As a social historian I was delighted to be given the opportunity to lead this project. Below I document some of the contributions Open University students have made to an open research agenda.

Constructing distributed publics of learners
Since it was opened to students in 1971 The Open University’s structures and pedagogies have shifted the notion of public research. A ‘public’, Michael Warner argued, is formed when texts (in the broadest sense) circulate among strangers and enable those people, through those texts, to organize together and to have experiences in common.

The OU’s dispatch of centrally-produced teaching materials to students—texts, such as home experiment kits, correspondence materials, television broadcasts, and, latterly, web pages—looks like top-down information dispersal. However, the OU has sought to support collaborative learning; in effect, the creation of ‘publics’.

In the 1970s the OU’s first Professor of History, Arthur Marwick, noted that,

“…the emphasis throughout is not upon the teacher offering some kind of performance … but on encouraging the student to do the discussing, to develop the skills … We attempt, in our correspondence texts, not to purvey facts and opinions but to encourage the student to argue over and discuss various ideas”.

The OU’s locally-based, part-time tutors, called Associate Lecturers, support the OU’s learners. These tutors have long been urged not to concentrate only on imparting the canon of accepted knowledge. Rather, they have motivated students to question the assumption that there was an accepted body of theoretical knowledge about which they need to learn.

In addition, the OU has promoted the development of student-directed learning groups. Students on particular modules have gathered data, assessed theories and engaged in collaborative research. In order for them to engage with hands-on experimentation and primary sources, the OU provided home experiment kits and broadcast versions of canonical dramas. 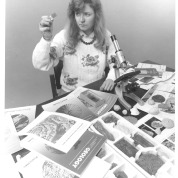 Home Experiment Kits were mailed to students to enable them to engage in practical experiments at home. The image of science as being performed by white coated men in laboratories was challenged by an emergent ‘public’ connected ot one another through the OU.

Those who studied Science: A Foundation Course, S101, 1979-1987, collected data about the peppered moth near where they lived (that is, collectively, all over the country). These were incorporated into a peer-reviewed article (Cook, Mani and Varley, 1986).

Students on The Man-Made World: A Foundation Course, T100, 1972-1979, carried out noise experiments around the country and collected data. On one of the modules’ television broadcasts the results were presented and assessed.

The country’s first university module in ecology, Ecology, S323, 1974-1985, included a project element which enabled students to follow their own interests.

Drama, A307, 1977-81, included the transmission of plays. The teaching materials explicitly instructed students:

“Do not regard each programme as definitive… you should bring your free and concentrated response and your informed critical judgment”.

Students were also encouraged to perform dramas for themselves while at residential summer schools.

In 1973 support for the formation of self-help groups was offered and by 1974 there were over 1,000 self-help study groups. Students also carried out group projects. By 1976 there were at least ten modules which included a project element. In that year and also in 1984 and 1992 a quarter of assessed OU modules contained or consisted of projects. 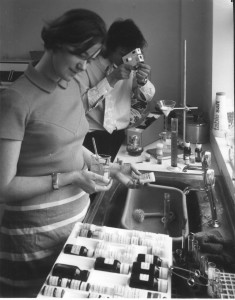 Science in the home. The man is using one of the 8,000 tiny, cheap, lightweight, microscopes designed by Dr John McArthur and sent out by the OU in 1971. Simple and robust (there was no delicate rack and pinion system) they were used to help create a new

For Historical Sources and the Social Scientist, D301, 1974-1988 students devised their own historical projects.

A report at the time noted that the students received support from their tutors and that “many students cope competently with the project without resorting to the telephone or letter”.

The East Anglian Studies Resources pack, PA730, was available 1984 – 1997. Developed with the Norfolk Federation of the Women’s Institutes, it included facsimiles of primary sources and recordings of older local people’s personal testimonies. These gave learners opportunities to interpret material for themselves. There were ideas for activities, readings and visits. The pack was used as a resource and as a guided approach to independent learning by local groups.

The elements of problem-based learning, collective studying and independent research were united in a module taught between 1994 and 2001. Family and Community History DA301, encouraged students to undertake collaborative activity, to exchange narratives and build trust with fellow students. Original local history research projects written by students were collated on CDs that were issued to subsequent students. These latter students’ research often referred to the work of earlier students. Later, the students’ reports were made available more widely, enabling the original student authors to use the research findings of the subsequent students.

‘Open Studies in Family and Community History’ was founded at the OU in order to connect institution-based scholars with independent ones and soon afterwards students and staff created the Family & Community Historical Research Society (http://www.fachrs.com). This society continues to produce a journal of research publications. Initially, the Society’s journal was co-edited by OU academic staff and contained articles based on research carried out by students. It has subsequently run many collective research projects and created its own instructional materials.

A vision of open, engaged scholarship

At the foundation of the OU its first Chancellor recognised that university study could occur in locations which had not previously been used for such purposes. He called the OU ‘disembodied’. To learn science no longer required specialist laboratories. Students did not have to be on a campus. The home could become a place for university-level study.

The engagement with the OU changed these locations, be they a prison or a pub, into sites that were part of society but that were also, when used for studying, located outside the mainstream of day-to-day reality.

To study in the home was to be in, to employ Michel Foucault’s term, a heterotopia, that is a “place which lies outside all places and yet is localizable”. These locations were both isolated and penetrable, their focus and meaning unfixed. Students in front of the television set or on a ship (Foucault’s examples of heterotopias with their own rules and practices, included prisons and ships) could rearrange the conventional uses of space, creating a laboratory, lecture theatre or seminar room and juxtaposing “in a single real space, several spaces, several sites which are themselves incompatible”.

These heterotopias were not utopias, but ‘other places’ in which existing arrangements were “represented, contested and inverted”, where individuals could be apart from the larger social group.

While the literal meaning of utopia is ‘no place’, an OU-topia could be almost any place. Through students’ engagement with texts, broadcasts and other learners, spaces in which the social order could be made and remade were created. Even when physically isolated an OU student, when engaged in studying, could be part of a ‘public’, the OU student body, through being involved in learning through dialogue. The dichotomy between the public and the private had been collapsed.

The story of the Family & Community Historical Research Society indicates that a university can offer effective support for post-formal education collaborative learning and can foster the collective construction of knowledge. It can also be understood in terms of Michael Warner’s notion of publics as unstable, changing, contested and only in existence in relation to the discourse that addressed them and by virtue of organisation of strangers who have experienced the same texts. Unconstrained by the boundaries of a campus, being in several places at once, the OU has sustained, and been sustained by, a distinctive notion of researching publics.

Dan Weinbren first heard of the OU in the 1970s when his mother began her journey towards an OU degree by studying the entry-level mathematics module. In 1986 he began work as an OU Tutor and since then has been an OU student and worked in a number of posts at the OU. He has written books about the First World War, industrial history, the social history of the Labour Party and friendly societies. He has also written OU teaching materials for Arts and Social Sciences modules. His The Open University: a history, will be published by Manchester University Press in 2014.