A number of Open University researchers have pitched ideas that could form the basis of a research café. The suggestions are listed in alphabetical order of the proposed speaker.

If you are a teacher at a school in Milton Keynes and you would like to discuss the possibility of running a research café, please contact Richard Holliman

Smart drugs: a risk or a right?
By Ellie Dommett Senior Lecturer in Psychology, The Open University and King’s College London

What effects do the so-called ‘smart drugs’ have on our brains, both in terms of their chemical effects and how they might make us behave? Should the use of such drugs be made legal and do we all have the right to use them?

Our emotional relationships with money and financial decisions
By Mark Fenton-O’Creevy
Professor of Organisational Behaviour, The Open University

Can emotions explain some of what went wrong with our banking system? Is shopping sometimes a way of managing our emotions? What have freedom, power, love and security got to do with money?

Earth in Vision – exploring environmental change through the BBC archives
By Kim Hammond
Senior Lecturer in Environment, The Open University 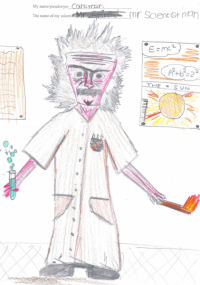 Imagining scientists: Does watching television as a young person influence your views about science?
By Richard Holliman, Professor of Engaged Research, The Open University

Science is everywhere on children’s television, from animated cartoons to game shows. Do these programmes accurately reflect what it means to be a scientist in the 21st Century? And what influence, if any, does watching these programmes have on your views about science and of scientists?

Planets around other stars: Is there anybody out there? 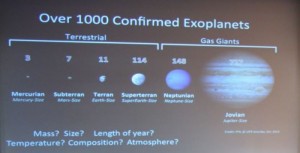 By Andrew Norton, Professor of Astrophysics Education, The Open University

How do we find planets around other stars, known as exoplanets, and how do we measure their physical properties? How might we go about finding signatures of life on an exoplanet and what implications would such a discovery have for humanity?

Should the results of scientific research be immediately useful?

Science researchers at universities are coming under increasing pressure from funding bodies (especially government agencies) to justify the usefulness of their research. The government’s reasoning is that tax payers should be able to see ‘results for their money’.

But the history of scientific discovery is littered with examples of important discoveries that were made by mistake: Teflon (the anti-stick stuff in frying pans), lasers, and the glue used on Post-it notes are three such examples. In the current funding climate, increasing emphasis is put on scientists to show that their results will be of benefit to the economy, to government policy or to society as a whole. Is this policy endangering scientific curiosity?