Here are a couple of perspectives on how we can engender effective user input in design – one being the experience of doing this as part of three major research projects, and the other in terms of design teaching.

Firstly, the research examples. A good many years ago Steve Potter went to the degree ceremony for one of his first PhD students. The chap concerned got his PhD at the age of 65 and, when he and Steve met afterwards, the student greeted him by saying ‘Thank you for teaching me how to think differently’.

That response came back to Steve recently as he was preparing an impact case for our Art and Design Research Excellence Framework (REF) submission. He and other colleagues had been involved in a series of industry-led technical projects, including the design of electric vehicle charging networks, smart grids and information systems for a transport services app. One problem about demonstrating the impact the OU team had in these projects was not that the technologies failed to go anywhere; indeed, all of them have been developed and have been influential. But our contribution was not on the technical side and it would have been deceptive to lay any claim on that. What we did was to inject a bit of design and people focused thinking into quite STEMy engineering projects. The OU team organised user workshops and developed new ways of engaging with users and potential users at the conceptual design stage rather than as a sop when a design was already determined. Showing the impact and influence of these sorts of approaches is quite a challenge. 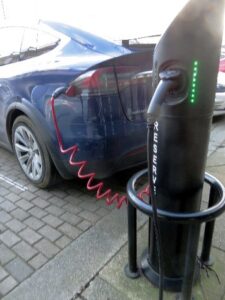 In the end, these impacts could only be demonstrated by asking the industry and local authority partners to tell us how the OU contribution influenced their understanding and approach to implementing these innovative engineering projects and the policies and programmes that emerged from them. This revealed that we’d had a big impact in quite surprising ways. What we did provided our industry and council partners with confidence to explore and develop new ways of working, showing them how to engage and work with users, and the importance of social aspects in projects of a socio-technical nature.

Teaching how to think differently is no abstract academic concept. It is a vital part of design and of our mission as OU researchers. That said, as Lisa discovered, it is easy to understand how design students can sometimes get caught-up in the wheel of the ‘design process’ and allow the creative process to overshadow their own intuitive notions of the resolution of a user-centred design brief.

Lisa is reminded of a case study where a undergraduate student of hers received a brief to redesign a drinking vessel for an aging population. The vessel brief was part of a larger project to restore independent living and dignity to service-users of a local sight-impaired charity. The student’s literature reviews and preliminary interviews with the service-users revealed that often people with sight impairments find it difficult to fill a vessel with hot water as they can’t see the water level in the vessel. This can mean spills and potentially hot water burns. The student initiated a good work plan and fully utilised the design cycle. The student worked with new thermos materials which were colourful and lightweight – the vessel itself was a good shape and had a good grip, as far as the product was concerned it looked promising.  The novelty in the vessel was a small digital gauge which hung over the side of the vessel and beeped when the cup was full of hot water.

All seemed well. The issue came when the student was caught up in the design process and intent on completing the design cycle that they missed out a mid-way review meeting with the users to understand their reactions to the vessel. Instead, the student continued to a near finished product. Finally, the student met with the users to showcase the vessel and to assess user evaluations/ views on the vessel. Immediately the service-users praised the student for their efforts and for supporting others’ needs. One gentleman user was very complimentary about the novel gauge, the shape and weight of the vessel and said that he would be pleased to use the vessel day to day. The student left the meeting happy with his work.

After the meeting the gentleman user approached me, and he said “I am thrilled that a young student designer has worked so hard to resolve the issues. However, he went on, “I didn’t like to say anything to the student, as they worked so hard, but actually as I have been blind nearly half mi’ life I prefer the simple option”. I asked what this was and he revealed “I just stick my thumb on the cup rim and feel the water just touch my thumb, then I stop pouring.” I smiled at this and although the evaluation had gone well and the student had worked hard to meet the main content of the brief, due to the fact that the student hadn’t given himself any mid-way evaluation or that he hadn’t quite understood the iterative nature of the product they were designing, he had missed almost a flashing neon sign saying ‘keep it simple and listen to users’.

Both in big research projects and in our teaching, developing an understanding an ability to think and react to design issues and how to react to users evaluations of the products we are tasked to design is an important point to note. 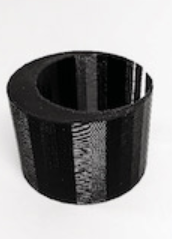