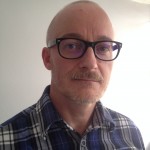 Richard is Professor of Engaged Research at the Open University and Principal Investigator on the Engaging Opportunities Project. Prior to this he was the Open University’s Champion for Public Engagement with Research from 2012-2105. He was both the academic lead and a co-investigator on the OU’s Public Engagement with Research (PER) Catalyst (Holliman, et al. 2015).

Richard had overall operational responsibility for co-ordinating and leading all aspects of this action research project, and helping to shape strategic objectives for OU public engagement with research.

As the university’s champion, Richard was based on secondment in the Research Scholarship and Quality Unit. Alongside his role in co-ordinating and leading the research phases of the project, he was also responsible for connecting the work of the PER Catalyst with the university’s decision-making forums and senior managers, including the Faculty Deans and Associate Deans for Research, and Research Centre Directors.

As the academic lead, Richard also contributed to the wider RCUK-funded PER Catalyst programme. Coordinated by the National Co-ordinating Centre for Public Engagement, this programme involved eight universities across the UK.

Richard’s research interests lie in exploring the ways that academic research is communicated via a range of media and genres, and how ideas about (upstream) public engagement with research may be shifting and extending social practices. His research publications are hosted on Open Research Online.

Richard is currently the academic lead on another RCUK-funded project, called ‘Engaging Opportunities’. Working in collaboration with the Denbigh Teaching School Alliance, this project is part of the programme to promote schools-university partnerships.

Through his research work Richard has developed a strong reputation for engaging collaboratively in interdisciplinary teams. He retains strong links to Institute of Educational Technology and Faculty of Education and Language Studies through his research contributions to the, where he continues to co-supervise postgraduate research students (Jamie Dorey, Clare Kemp and Jess Carr.

Richard has studied and worked at the Open University since the mid-1990s. He completed his PhD in the Department of Sociology (with support from the Institute of Educational Technology), where he explored media representations of the sciences. He moved across the campus in 2000 to work in the Faculty of Science, where he is Professor of Engaged Research

Now based in the School of Environment, Earth and Ecosystem Sciences, Richard has contributed to a number of postgraduate and undergraduate teaching projects that explore aspects of the relationship between the sciences and publics. In particular, he has played a leading role in the development of the MSc in Science and Society and the production of Communicating science in the information age. His current teaching focuses on the evaluation of contemporary science.