>Medium Madness on the BBC? 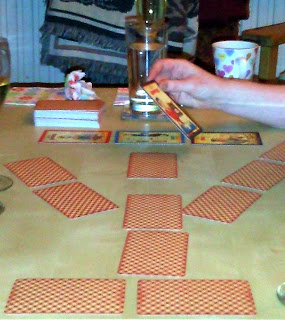 Broadcaster Rosie Millard had a right bee in her bonnet this weekend, over the question ‘should money making mediums be banned?’ discussed on this week’s Sunday Morning Live. She had a double pronged attack: firstly, that charging by these ‘con-artists’ should be banned, and secondly, that if mediums have a ‘gift’ then they shouldn’t charge for it. It should be offered freely. As one of the studio guests pointed out, her reasoning was therefore slightly flawed and contradictory, and the programme failed to open the floor for intelligent debate.

The ‘experts’ in the studio consisted of the irate Rosie Millard and a Radio talk show host, neither of whom seemed to have any genuine insight into the issue under discussion (or should that be ‘under attack’). The exception was Seema Malhotra, Director of the Fabian Women’s Network, who kept pointing out that it is not up to ‘us’ to impose our own values and beliefs on others. She said if those who consult mediums – and pay for it – get comfort and guidance, others have little right to denigrate it just because they don’t believe.
Seema also pointed out that if Rosie wanted to ban people paying mediums for their ‘gift’ or ‘service’, then we would presumably have to start judging on whether we can charge or pay for other ‘gifts’ and ‘services’, such as art, psychology or even journalism (though whether the latter is either a gift or a service is debatable right now).
For a programme which is meant to debate moral issues intelligently this item was poorly put together. When they did actually talk to a medium, this was only on a video link and they did not do the courtesy of putting her name up on the screen like they did for the other guests. And during the entire video-link Rosie looked down her nose at the medium as if she was something nasty she had just trodden in.
Rosie wanted to know where the ‘scientific proof’ was that mediums can talk to the dead and that there is life after death. Presumably if she had this proof she would be happy for mediums to charge, even if they are invested with a gift? But my feeling is perhaps the programme was asking the wrong questions of the wrong people. If they had taken a little more time to research the knowledge we do have about the social and psychological value of things like visiting mediums or believing in life after death, then they might have had a more interesting discussion about whether people (mediums, psychologists, artists, journalists, or whoever) should be able to charge for bringing comfort, healing and security to some people’s lives.
Professor Chris French began to explore the reality (as opposed to Rosie’s hysteria), by pointing out that such beliefs can bring psychological help and comfort, and if people take comfort from that, and they are adults, then that is their choice. But they spent little time talking to him, and completely failed to address the spiritual links and underpinnings to the whole issue. They also completely missed the point that professional mediums are only one small part of a much larger population that is actively exploring the whole ‘life after death’ question. As Seema tried to make clear, we need to know more about the impact of this in people’s lives and only then should we pass judgement. They couldn’t do this on the show because they hadn’t done the necessary research beforehand.
If the BBC had invited me I could have answered Seema’s point, and told them that there is a wealth of scientific knowledge out here. But Seema apart, they didn’t really seem to want to know, and besides, I don’t think I could have braved Rosie’s arrogance and condescending looks.
This entry was posted in Uncategorized. Bookmark the permalink.