SpELS dispels some myths: Spiritualism, stigma and prejudice in an age of political correctness. 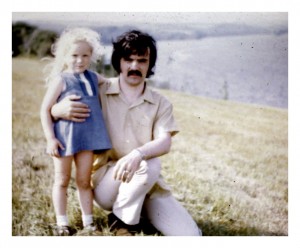 I was brought up in a family where religion was a taboo subject. My dad had been raised a strict Catholic, but after enduring a childhood of corporal punishment inflicted by monks, he chose to leave Catholicism behind when he became a father in his 30s. The result, as often seems to happen with those who walk away from a strict religious upbringing, is that religion became a no-go area; we never discussed it, and the silence told us that all religion was seen as an evil cultural construction which caused nothing but war and misery.

As a result I had a huge gap in knowledge about what religion actually meant in the everyday lives of people to whom it mattered.

We live in an age when the headlines are full of national conflicts and terrorist attacks, driven by religious clashes and intolerance. Perhaps not surprisingly, therefore, religion is a touchy subject and many, like my dad, would be quite happy to do away with all of it. Nonetheless, religion also continues to play an important community building role in modern society. Away from all the wars and disputes, a sense of religious belonging enhances wellbeing in the everyday lives of many people.

We also live at a time when diversity and respect for difference have become central motifs in our society. Rather paradoxically therefore, whilst the number of religious wars and attacks appear to proliferate around the world, we are also – on the whole – more mindful of religious tolerance and sensitive to the variety of beliefs which circulate in our communities.

Which makes the reception of our research project by some all the more interesting.

Why does Spiritualism spook..?

SpELS is a resarch project exploring what is, according to the 2011 Census, the country’s fastest growing religion: Spiritualism. Although a relatively young religion (with its modern roots in the mid-19th century), it nonetheless has a visible presence in almost every town and city from Glasgow and Alness to Bodmin and Dagenham. Despite its geographical spread and growing popularity, however, there is a lack of wider understanding about what Spiritualism actually is. 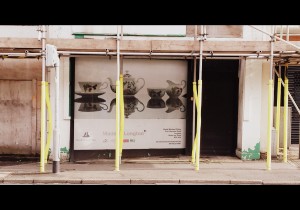 Recently we’ve been wandering the streets of Stoke-on-Trent looking at the location of premises previously registered for Spiritualist worship. This has taken us to a wide range of places from full blown church buildings, to rooms above high street shops, to the site of residential terraces long ago 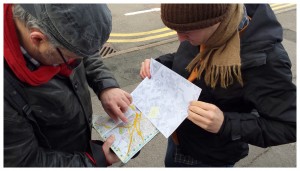 demolished. Perhaps not surprisingly, we’ve met a lot of people along the path of our travels who ask us why we’re wandering around in the rain with ancient OS maps, pointing cameras at piles of rubbish or unattractive shop-fronts.

And we’ve been a bit taken aback by the response of some people when we tell them! A common attitude seems to be that people think we are dabbling in the occult or something. They literally back off – physically recoiling from us – as we explain that we’re looking at the history of Spiritualism. ‘Oh no!’ They cry, ‘Best leave all that alone…’

We had a really interesting conversation with a taxi driver one evening, which went something like this:
‘Spiritualism? Oh yea they believe in all that possession stuff don’t they?’
‘Well no, not really. They believe in the continuation of the soul after death. That the spirit lives on and continues to develop spiritually.’
‘Oh. Do they?’ [Pause] ‘Well I believe that… But like, don’t spirits possess and cause illness and things?’
‘Is that what you believe?’
‘It’s in my faith…’
‘Well, it’s different for Spiritualists. They believe spirit is there to help us, not cause us problems.’
‘Oh…’

I guess partly the lack of awareness and reticence to show interest in Spiritualism is down to the way its adherents are represented in popular culture. In sum, the main thing that Spiritualism is known for – talking with the dead – is ripped out of the context of the religion and community it sits within and placed uncomfortably into a world which doesn’t want to take the time to understand it or adjust any preconceptions about what it might entail. From the eccentric Madame Arcati in ‘Blithe Spirit’, to con-artist Oda Mae Brown in ‘Ghost’, portrayals of people who talk with the dead routinely play on the slightly mad and slightly comical older lady (yes, usually a lady) as a pitiful character who is easy to ridicule and dismiss. At the other end of the spectrum there are darker, more sinister portrayals like Alison Mundy in ‘Afterlife’ where the medium is possessed or haunted by spirits which roam battered and bruised around the earthly plain awaiting justice. 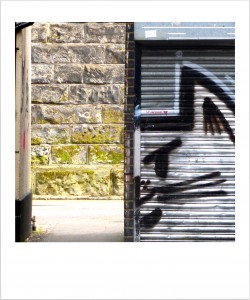 Invariably, people who talk with the dead are seen as ‘different’, ‘outsiders’, not quite at home in our modern world.

No wonder people are a little wary.

The real face of Spiritualism..?

The truth of the matter is that what Spiritualists do is actually a lot more mundane. A self-respecting Spiritualist medium is unlikely to let themselves be ‘possessed’ in a dramatic performance; a church service will often open and close with hymns and prayers just like many other religious traditions; and the medium, rather than being an eccentric recluse living in some windswept spooky cottage, or constantly haunted by restless souls, quite probably lives next door and works quite happily as a nurse, a fire-fighter or a teacher. 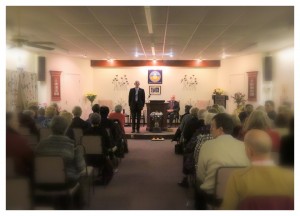 But they make some extraordinary claims, and this is what seems to set them apart.

What they are unlikely to do, however, is to push their religion upon others. You won’t find Spiritualists knocking on doors for recruits; and although you quite possibly work alongside someone who has some interest in Spiritualism, and has perhaps visited a Spiritualist church, chances are they won’t talk to you about it unless it crops up in conversation. They won’t be out to convert you. For Spiritualists believe that Spirit will come to the person when they are ready, and it’s up to each individual to make the choice to listen or not. And although they have ‘7 principles’ they try to follow, their ultimate aim – they will tell you – is to seek the truth about our existence on earth and beyond it.

The truth is out there…

So in a world of contradictory tolerance and intolerance, religion continues to divide and judge in very visible, sometimes violent ways. Different religious persuasions remain locked in the fight for supremacy, and their right to claim ‘the truth’.

Meanwhile, quietly, in a street near where you live, people are gathering together not to preach the truth, but to find it; with a bit of help from a comforting energy they call ‘Spirit’ that will not possess them or punish them or con money out of them.

If the census results are anything to go by, there’s more and more people who are doing so.

And they’re not waging wars or attacking other religious faiths.

So what is everyone so scared of..?

Perhaps the real fear of Spiritualism lies in its apparently comfortable relationship with death. And however tolerant we are, we’re not quite ready for that just yet. 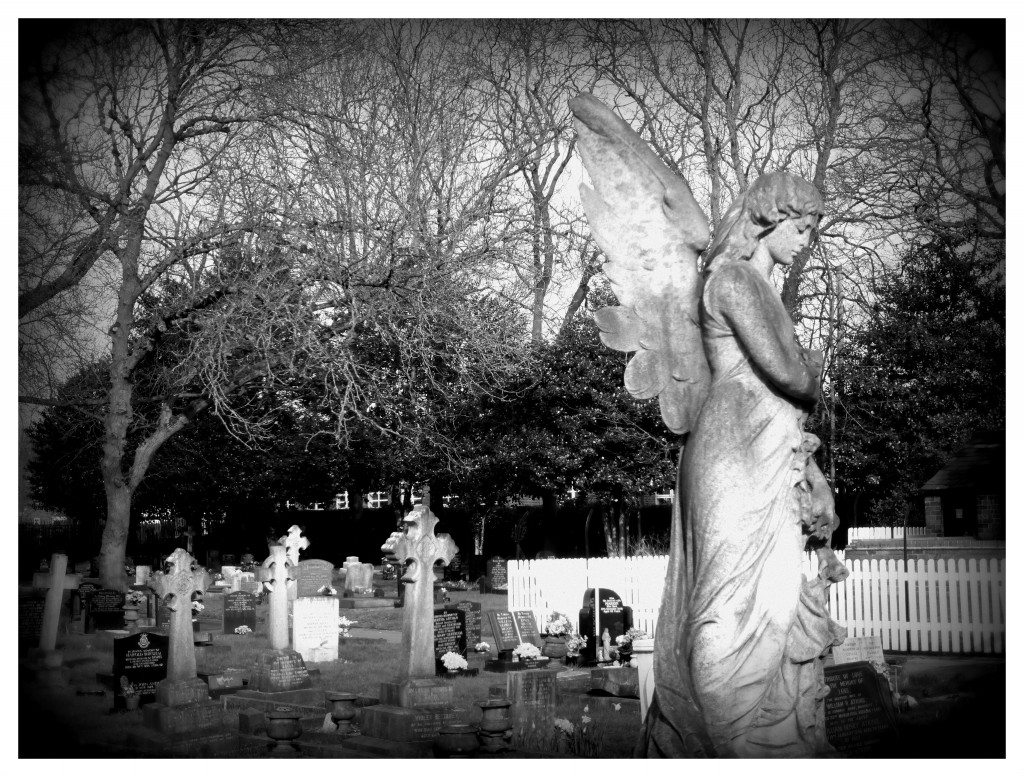 Where angels fear to tread..?