Embedding strategy, celebrating excellence, transforming practice
In July 2013, colleagues and I at the Open University (OU), UK started this blog and called it Engaging Research. As the University’s Champion for Public Engagement with Research at that time it fell to me to write the first post. I named this after the multi-disciplinary project the small team and I were working on, ‘An open research university’.

In that post I posed a ‘tongue in cheek’ question, “If you’re the University’s Champion for Public Engagement with Research can you tell me how many people it takes to change a university’s research culture?” My answer was a play on an old joke, “I don’t know at the moment, but I do know that those involved really have to want to change.” More than two years on from that first blog post, I can give you a more serious answer to the same question.

We completed our project in March 2015. Funded by Research Councils UK, and coordinated the UK’s National Coordinating Centre for Public Engagement (NCCPE), we were one of eight Public Engagement with Research Catalyst Universities. Each university was charged with changing our respective cultures of research.

The ultimate goal was for each of the eight universities to embed the principles and processes of engagement across all research domains (from arts to engineering, education to science, business to social care, and so on), and all grades of researcher (from postgraduate students to professors).

In the case of the Open University (OU), our specific aims were: 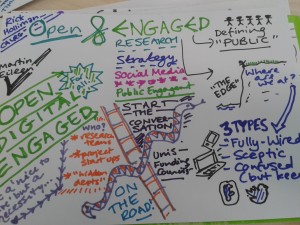 You can see the results of our efforts, and access various resources to support your own programme of culture change in our freely available final report.

Action research to inform organizational change
We proposed a programme of organisational change, informed by action research. To this end, we worked with colleagues from across the institution, and directly with a large number of researchers. (If you look at the report you’ll also see that we acknowledge more than 200 people as contributors to the project.)

We used evidence gathered from across the university to inform a series of interventions. It follows that one of the first tasks we undertook was to explore how Open University researchers were making sense of engagement as it applied to the stakeholders, user communities and/or members of the public that were, or could potentially, connect with their research.

We used a survey to collect data from more than 170 researchers combined with 15 interviews involving research leaders from all nine of the OU’s faculties and research institutes. The results of the survey were published earlier this year in the open access journal PLOS ONE, supported by an open dataset.

It’s all about the money, money, money
It should come as no surprise that funding for research was a key driver for activity, therefore providing an opportunity for us to support change. But we also encountered considerable challenges, not least a lack of shared understanding about public engagement with research.

Through our research we encountered considerable diversity in how OU researchers plan for (pre-award) and operationalise (post-award) engaged research. This diversity ranged from approaches that could be characterised as ‘communicating to the public’ to those where ‘engagement with relevant stakeholders, user communities and publics is embedded throughout cycles of research’. The former is an essential activity for all researchers, but often lacks meaningful interactivity and participation on the part of publics. As such, it was the latter activity that we wished to nurture and encourage.

Having identified considerable confusion we sought to introduce a series of interventions that promoted consistency, but without stifling the rich diversity that researchers and publics enjoyed. Key among these was a co-produced definition of engaged research.

Engaged research encompasses the different ways that researchers meaningfully interact with various stakeholders1 over any or all stages of a research process, from issue formulation, the production or co-creation of new knowledge, to knowledge evaluation and dissemination.

1. Stakeholders may include user communities, and members of the public or groups who come into existence or develop an identity in relationship to the research process.

Designed to apply across all research domains this definition provided a framework for several other interventions, including: an Award Scheme; Seed Funding Scheme; training and professional development opportunities for more than 1,100 academic researchers through more than 60 interventions, focusing in particular on support for grant preparation; and a series of legacy resources. 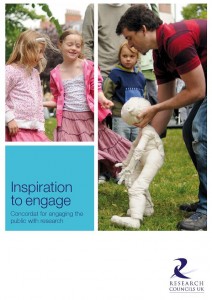 Where next?
To answer that initial question about the number of researchers it takes to embed engaged research with a university, I’d argue that change requires buy in from all parties to the process. To that end, we achieved much through the three years of our project, but there’s a lot of work still to be done.
Enthusiasts, myself included, argue that engagement can enhance the quality of research and improve the social and economic significance of the resulting impacts.

But many researchers are still struggling to make sense of this agenda. There is still a battle for open and engaged research to be won. It is fought each time a researcher starts to plan their pathways to impact, and the winners are declared in panel meetings and with the awarding of external funding. For a culture of engaged research to be sustainable in the medium to long-term requires ongoing recognition and acceptance of its progressive value(s) by researchers, senior executives in universities, publics in all their varied forms, funders and ultimately, policy-makers. 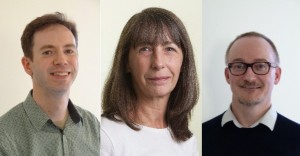