Inspired by the OU/BBC co-production Rough Science, each team of six students was provided with the same kit. From this they were asked to design and build two water rockets, one to fly the furthest horizontal distance, the other to hit a target.

Guided by two OU postgraduate researchers from the School of Physical Sciences, Alice Dunford and Matthew Lewis, the students adapted their designs incrementally based on data collected from each test launch. 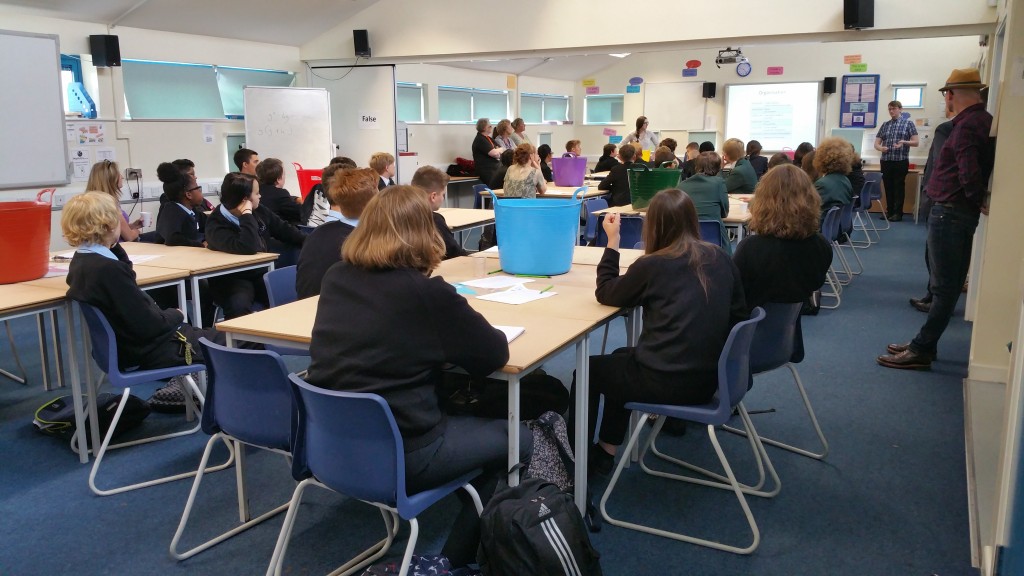 Having designed and flown their rockets under competition conditions the teams were also marked by a team of four judges, including the Deputy Mayor of Milton Keynes. The judges assessed student presentations by each team, where they explained how they had used the scientific method to improve their performance. 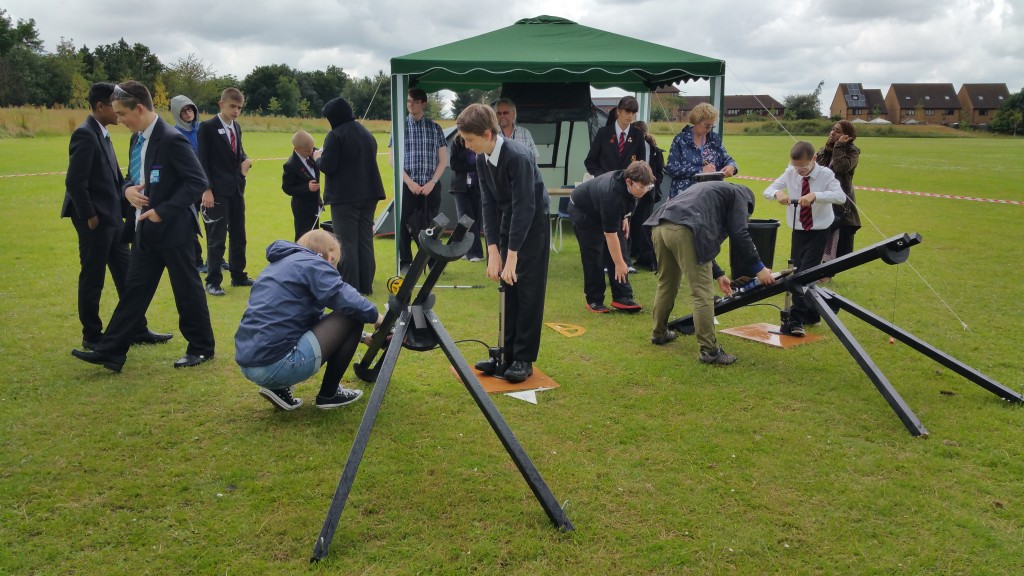 Vic Pearson (The Open University) and Leanne Gunn (Science Made Simple) assist the students with the launchers. Credit: Gareth Davies.

The winners were the team from Walton High, but all the children worked extremely well over the course of what was a very enjoyable day.

Why bother?
The competition is part of a wider RCUK-funded initiative to develop a strategic and sustainable partnership between universities and local schools. Key among our objectives is a desire to offer young people opportunities to think authentically about research and to meet and work with researchers.

Organising an event like this takes teamwork and I’m incredibly grateful to the following people for their contributions: Diane Ford, Vic Pearson and Gareth Davies from the OU; Leanne Gunn, from Science Made Simple; and Anthony Steed, Val Hawthorne and Mark Russell from Denbigh School. Last, but certainly not least, Marc Simpson built the launchers.

The Water Rocket Competition has become a firm fixture in the calendar for local schools across Milton Keynes and we’re looking forward to running it again in July 2017.