Recently funded by the British Academy, the aim of The Art of Fragments project is to explore creative responses to fragments and fragmentation, by bringing together academics and creative practitioners from a range of fields.

The Art of Fragments is a project about lost and fragmented texts. Many texts from the ancient world were damaged or lost, and survive only in small fragments. These are the works that didn’t survive the process of history that led to the ‘classics’ we know today being preserved intact.

Some of these works have been partly rediscovered, through papyrus fragments from an ancient rubbish dump, and through the random luck that made other authors decide to quote lines from them.

The fragments may be a whole speech or self-contained passage, but they can also be as small as a single word, or as random as having only the right hand edge of a piece of text.

Traditionally, Classical scholars have tried to make sense of these fragments by painstakingly analysing and reconstructing them, filling in gaps or trying to work out where they come from. But things that only survive in pieces are also intrinsically compelling, and take on a beauty of their own.

Recreating classics
In the academic world, there has been a growing interest in studying fragmentary texts and trying to move beyond the basics of identification and contextualisation to more innovative or creative approaches. Similarly, there has recently been a lot of artistic work inspired by ancient fragments or by the concept of fragmentation (for example in theatre, poetry, or dance).

Academics and creative practitioners are keener than ever to work together and learn from each other, and there is a real appetite for collaborative projects that build on both types of expertise.

There are two things that we aim to do over the next year. The first is to build on some earlier work exploring the theatrical potential of tragic fragments. I’ll be collaborating with theatre company Potential Difference who specialise in creating theatre that explores complex theoretical or academic ideas and their impact on our lives.

In 2017 I worked with Potential Difference to develop ideas around a lost play of Euripides and how our experience as human beings is intrinsically fragmentary: you can read more about our work in this related post. At the end of this process, we were able to hold some work-in-progress showings in London and Oxford to test out the ideas we’d developed. 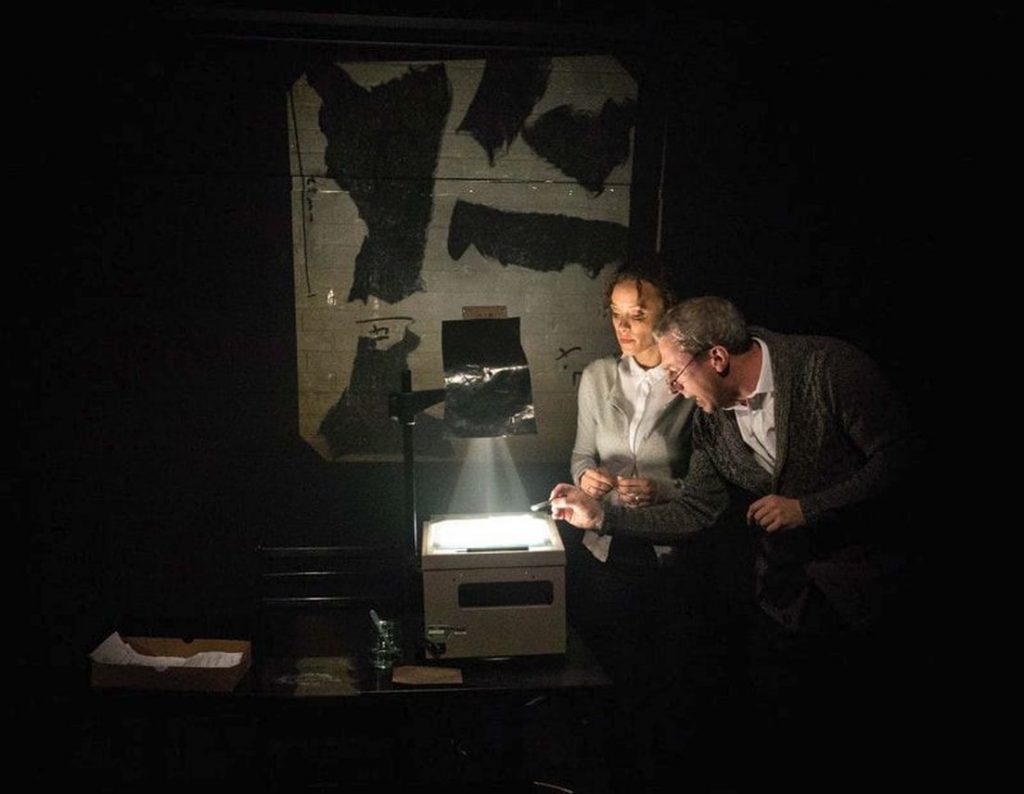 With the recent award of British Academy funding, we’ll be able to develop this collaboration further. We’ll be holding small group workshops to explore how different creative disciplines within theatre can respond to ideas around fragments and our fragmented human experience.

We’ll be exploring visual design, puppetry, and sound, and talk about fragmentation as an aesthetic and sensory experience, as well as looking at the meaning of individual fragmented texts and trying to create art out of the scientific methods through which papyri are analysed and published.

Towards the end of the funded period, we’ll be presenting a finished version of the show in London. We’ll also be making some micro-films (fragments!) that present insights into different aspects of the project as it develops.

To keep in touch with our progress, you can join the Potential Difference mailing list for Fragments.

Building partnerships
The second strand of the project is to build a network bringing together academics and creative practitioners around the theme of ‘fragments’. The idea is to use the form of the fragment as a springboard for creative opportunities.

The network will support and showcase recent or ongoing projects where academics have worked in partnership with artists, and will provide a forum to discuss the challenges and opportunities for this type of collaborative work. 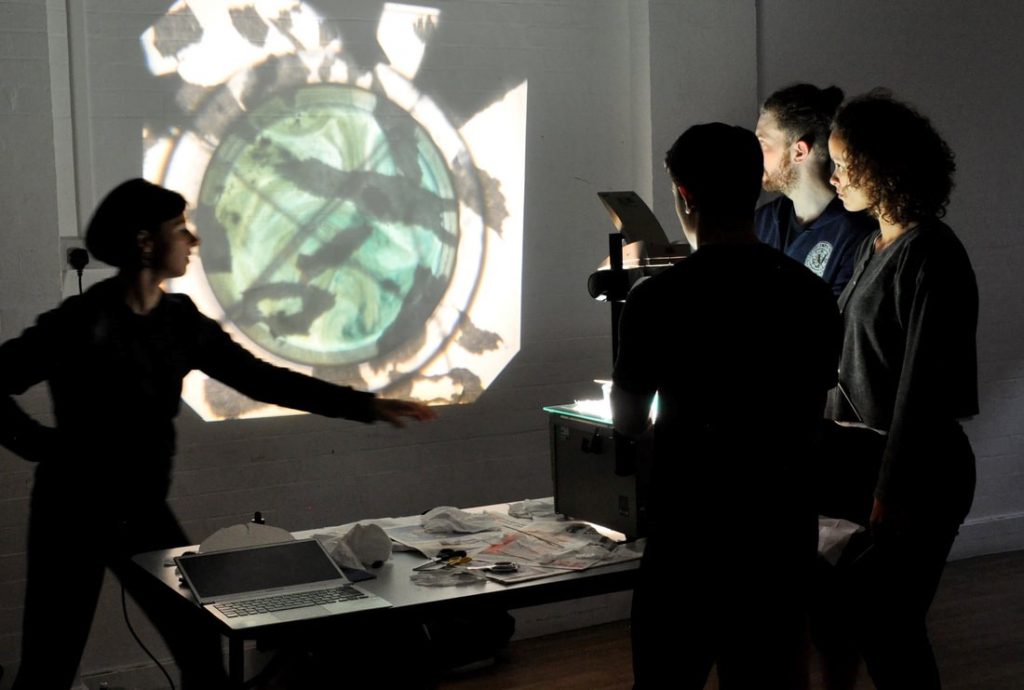 Our launch event is taking place this June, where we’ll spend a day talking in general terms about the challenges and benefits of collaboration. We’ll be holding a bigger network conference towards the end of the funded period which will showcase some of the recent projects network members have been working on. All types of creative collaborations around ‘fragmentation’ are welcome, and we hope to have a range including theatre, poetry, dance, and visual arts.

Though places at the June event are already booked out, we’ll be glad to hear from anyone who wants to get involved in the network or is interested in learning more about collaborative projects between academia and the creative sector.