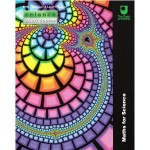 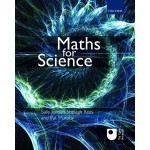 Ten years ago, at the end of January 2003, 186 Open University students submitted the second online interactive end-of-module assignment (EMA) for my little 10-credit baby, S151 Maths for Science (57 brave souls had submitted the first EMA, back in October 2002). Since then, something between 14, 000 and 15,000 students have taken Maths for Science. The new edition of the book has now been copublished with Oxford University Press, and it is currently being used by 315 students on the new version of S151 and also by 396 students as part of the new 30-credit module S141 Investigative and mathematical skills in science, compulsory in the latest version of our BSc Hons Natural Sciences. The new EMA for S151 opened for the first time last Monday and the iCMA for S141 (one component of the  assessment that assesses the content of Maths for Science) closed last Wednesday. It was Maths for Science that got me into eAssessment in the first place, so this seems like a pretty good moment to stop and reflect on the past 10 years.

In common I suspect with many other bloggers I’m a reflective practitioner. Indeed, I am so reflective that I sometimes find myself paralysed by indecision about the right way forward. I am aware that some see online interactive assessment as a fundamentally bad thing, reducing learning to low-level learning outcomes and giving extrinsic rather than intrinsic feedback. That upsets me, but I can see their point, in particular when coupled by the generally-held view that online assessment = multiple-choice quiz. I have argued strongly in this blog that there is a need (and, increasingly, an ability) to do eAssessment better and I don’t see eAssessment as a panacea – I prefer S141’s assessment strategy to S151’s, because the former combines online assessment with other forms of assessment, with each used when it is most appropriate.

And, when all is said and done, 10 years and more than 14,000 students on, S151 and its online assessment strategy has worked. The module has been highly successful by just about every performance measure and students like the instantaneous targeted feedback with a chance to have another go. The system has also provided me with extremely useful information about what students get wrong, with an indication of why. Our large student numbers give us the edge here – and when the assignment is summative so students are trying, and equivalent errors appear in each variant of a question, you know you’re onto something. I’ve been able to improve our teaching as a result.

So, in the broadest sense of the word, Maths for Science has been a formative experience. I’d like to thank those without whom the book, the module and the online assessment would never have happened. Ten years ago we were only just able to assume that sufficient of our students would have access to the internet (and some still don’t, in particular our offender learners). We were breaking new ground, all in order to give our students instantaneous and meaningful feedback. Since then we’ve evaluated, improved, disseminated – and learnt from others. Thank you.

2 Responses to Maths for Science assessment – the first 10 years