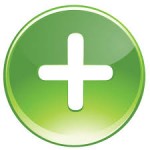 This isn’t really about assessment, or perhaps it is. First of all, some background. Because of a change in the dates used to establish school years where I lived when I was  small, I missed a year at primary school. So, in a sense, I was disadvantaged. But I understand that, up to a certain age, they then gave those of us affected extra marks in exams. I’ve no idea whether that was actually the case. What I do know is that if I felt I’d been given unfair advantage over others  in my more recent career (in particular as a female physicist) I would not be happy.

My definition of equality of opportunity has to do with leveling the playing field. I once arrived at a tutorial venue to give a tutorial, having requested a ground floor room because I knew someone in a wheelchair would be there. The problem was that the venue had given me a room in a portacabin up three steps. Only three steps but the effect was the same – the student couldn’t access the tutorial (well, not until I got angry and got us moved to another room). Sometimes apparently small things can get in the way of learning, for some students not for others, and promoting equal opportunity is to do with ensuring that these “small things” are removed. In my book, equality of opportunity is not the same of positive discrimination; I’d give a student extra time in an exam if a medical condition suggested it was necessary; I would not give a student extra marks just by virtue of the medical condition. I’m happy to argue my case for that…or at least I was…

At the Open University we have found that female students do less well on one of our physics modules, and we continue to investigate the causes for this and to seek to put it right. Start here to learn more about this work. However, I’d never have thought of increasing marks just for women or others in minority groups. After all, these are averages, some women and some black students do well, even if their average attainment is lower.

Then, in my catch-up reading of old copies of New Scientist I came across an opinion piece from Joshua Sokol entitled “Mix it up”. This points out, as I know from other sources, that there can be a mismatch between scores in tests and future performance. So if women and blacks do less well in a test, and we use that test to determine entry onto a subsequent programme (in this case an Astronomy PhD) we are both disadvantaging racial minorities and women, and failing to get the best students on the subsequent programme.

By coincidence, I been trying to come to terms with all of this in the week when my Department at the Open University has been awarded Institute of Physics Juno Champion Status for our commitment to gender equality. It’s great news, but it doesn’t mean we have arrived! More thought needed, and I think my conclusion to the conundrum described in this post is probably to be careful not to judge ANYONE on a single measure.