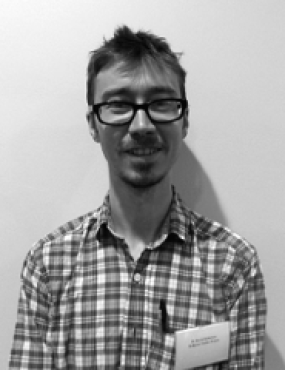 I began studying religion at the University of Edinburgh, focusing initially on the New Testament, but quickly switching to New and Alternative Religions. My interest in theory grew steadily as I worked on an MSc (by research) on contemporary Gnostic groups and my PhD on Conspiracy Theories in the New Age movement. All of these come together in my current project, a critical history of Gnosticism in the History of Religions school.

Current research project: Gnosticism and the History of Religions

A critical history of this problematic category and its relationship with scholarly and popular discourse on religion in the twentieth century. It will show how ideas about Gnosticism developed in late 19th and 20th century scholarship, drawing from continental phenomenology, Jungian psychology and post-Holocaust theology, coming to be constructed as a perennial religious current based on special knowledge of the divine in a corrupt world. Today it acts as a dog-whistle for the phenomenological essentialism of the History of Religions school.

I have a passion for using unconventional subjects like new religions and conspiracy theories as ways into thinking critically about religion, society and "belief". I am currently Chair of A332 Why is Religion Controversial? Before this I was an Associate Lecturer on A227 Exploring Religion between 2017 and 2020, joining the Module Team in 2019. I have contributed a Module to the interdisciplinary course DD218, Understanding Digital Societies, on "Disinformation, Misinformation & Conspiracies", and co-wrote a module (with John Maiden) on secularization and religious innovation the 1960s for A113 Revolutions.

Workshop on ‘Conspiracy theories, disinformation, and security threats: How should governments respond?’ 15/5/2017 (organised by Centre for Research and Evidence on Security Threats (CREST), University of Lancaster and Research Information and Communications Unit (RICU) within the Office for Security and Counter-Terrorism).

I am currently an advisory board member of INFORM.

An innovative podcast and website project presented in association with the British Association for the Study of Religions and working with an international team in six countries. Featuring weekly interviews with leading international scholars in the academic study of religion, in addition to features essays, book reviews, roundtable discussions, opportunities digests and more.

British Association for the Study of Religions | BASR Bulletin Editor

This international journal offers a platform for scholarship that challenges the traditional boundary between religion and non-religion and the tacit assumptions underlying this distinction. It invites contributions from a critical perspective on various cultural formations that are usually excluded from religion by the gatekeeping practices of the general public, practitioners, the law, and even some scholars of religion. Taking a broad scope, Implicit Religion showcases analyses of material from the mundane to the extraordinary, but always with critical questions in mind such as: why is this data boundary-challenging? what do such marginal cases tell us about boundary management and category formation with respect to religion? and what interests are being served through acts of inclusion and exclusion?