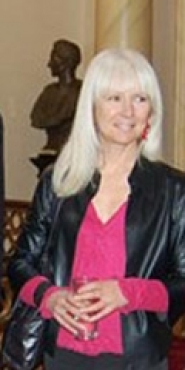 Her recent book, Spectacular Flirtations (shortlisted for the 2007 Theatre Book Prize) explores issues of gender, spectatorship and femininity in eighteenth century theatrical portraits, while her edited collection, Difference and Excess in Contemporary Art looks at the role of gender difference and ideas of ‘feminine excess’ in the work of some contemporary women. In 2011 she curated a show at the Royal Society, Crystal World, which explored the use of crystals in contemporary art. She also curated a major exhibition The First Actresses: Nell Gwyn to Sarah Siddons at the National Portrait Gallery, London in 2011-2012. She edited and co-authored a catalogue The First Actresses which accompanied the show, and which explores the roles of feminine portraiture in the construction of eighteenth century celebrity culture. Download the exhibition flyer to find out more [PDF 177 KB].

She is co-editor of a forthcoming collection, Placing Faces: The Portrait and the Country House in the Long Eighteenth Century (Manchester University Press, 2013). Her forthcoming book Playing at Home: The House in Contemporary Art (Reaktion, 2013) explores the themes of the house and home in recent and contemporary art, focusing on installation art and film.

She is co-chair of the Gender in the Humanities Research Group in the Arts Faculty, and was the Reviews Editor of the journal Art History from 1995 – 2001. She was also a panel member (Panel 2) of the Arts and Humanities Research Council from 2006-2010. She is currently supervising five PhD students who are researching topics in modern and contemporary art.

Playing at Home: The House in Contemporary Art. London: Reaktion books Ltd (forthcoming 2013).
Find out more about this book

Spectacular Flirtations: Viewing the Actress in British Art and Theatre 1768-1820, Yale University Press, 2007
Find out more about this book

Women Artists and the Parisian Avant-Garde: Modernism and ‘Feminine’ Art 1900-1920s, Manchester University Press, 1995
Find out more about this book

Difference and Excess in Contemporary Art: The Visibility of Women’s Practice, editor, Blackwells, 2004
Find out more about this book

Women, Scholarship and Criticism: Gender and Knowledge c.1790-1900, co-editor with Anne Laurence and Joan Bellamy and author of introduction and chapter 1, ‘Musing on the Muses’, Manchester University Press, 2000

Femininity and Masculinity in 18th Century Art and Culture (co-editor with Michael Rossington) and author of introduction ‘Constructing the Feminine: A Delicacy of Taste?’ and chapter 1, ‘Women in Disguise: Likeness the Grand Style and the Conventions of Feminine Portraiture in the Work of Sir Joshua Reynolds’, Manchester University Press, 1994

Primitivism, Cubism and Abstraction, editor and author of part 1, ‘Primitivism and the Modern’, Yale University Press 1993

‘Ambiguity and Desire: Metaphors of Sexuality in Late Eighteenth Century Representations of the Actress’, in Notorious Muse: The Actress in British Art and Culture, Paul Mellon Centre and Yale University Press, 2002

‘The Spectacle of the Muse: Exhibiting the Actress in the Royal Academy’, in Art on the Line, edited by David Solkin, Paul Mellon Centre and Yale University Press, 2001

‘Exhibiting les Indépendants: Gauguin and the Café Volpini Show’, in The Challenge of the Avante Garde, edited by Paul Wood, Yale University Press, 1999

‘The British Sappho: Borrowed Identities and the Representation of Women Artists in the Eighteenth Century’, Oxford Art Journal, vol. 18, no. 2, 1995

‘The Ascent to Nature: Some metaphors of Nature in Early Expressionist Art’, in Expressionism Re-assessed, edited by Shulaminth Behr and David Fanning, Manchester University Press, 1993

‘Women of Fashion: Dressing the Actress on and off Stage’, catalogue essay for Behind the Scenes: The Hidden Life of Georgian Theatre 1737-1784, Dr Johnson’s House Trust, London, 2007

‘She sees like a woman and paints like a man’, catalogue introduction, Emilie Charmy 1878-1974, Kunsthaus Buhler, Stuttgart, 1991

She has chaired several Art History courses, including Modern Art: Practices and Debates (code A316) at third level, Art and its Histories (code A216) at second level. She has published books, articles and catalogue introductions on modern and contemporary European art, and eighteenth century British art, and has a particular research interest in issues of gender difference within art history and visual culture.