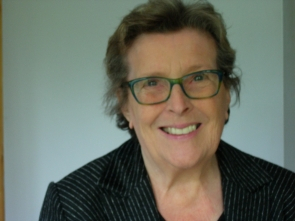 Janet Newman was appointed as Professor of Social Policy in 2002 until her retirement in 2010. Before comng to the OU she worked at the universities of Aston, Coventry and Birmingham, after a long career in local government.

Now retired, she continues to collaborate on research programmes and publications, as well as supporting community based organisations.

My recent research has traced what happens at the interface between activist movements and changing governance regimes. I highlight the ways in which progressive movements generated new imaginaries of the state (Newman 2020; Cooper, Dhawan and Newman 2020) showing the potentiality of prefigurative politics and exploring questions of contradiction and ambivalence. Similar concerns underpinned my collaboration with the University of Bristol on coproduction and regulation (McDermont et al 2019). I am currently exploring the potential of the COVID-19 pandemic to generate new spaces of possibility and action (paper to the Interpretive Policy Association, June 2021).

Such work draws on an earlier study of how four generations of women had brought feminist politics to their work in the state, local government, higher education and community politics (Working the spaces of power: activism, neoliberalism and gendered labour Newman 2012, and subsequent journal outputs in Social Politics, Critical Policy Studies and Local Economy.

Transformations in politics and power associated with Brexit in the UK and the wider turns to populism and authoritarianism inform my collaborative work with John Clarke (Clarke and Newman 2018, Newman and Clarke 2017). Earlier studies include the emergence of new democratic and participatory forms (Barnes, Newman and Sullivan, XX) and the rise of the ‘Citizen Consumer’ Clarke et al 2006). They offer analyses of the managerial reforms of the 1990s (Clarke and Newman, 1997), the politics and policies of New Labour (Newman, 2001), and changing configurations of power associated with the 'modernisation' of European welfare states (Newman, 2005, Newman and Tonkens, 2011). I have worked on the financial crisis of 2008/9 (Journal of Education Policy, 2010) on austerity politics (Critical Social Policy, 2012); on local government and neoliberalism (in Policy and Politics, 2011 and Urban StudieXXs); and enactments of governing under austerity (Policy and Politics, 2013).

A particular focus is on changing discourses and practices of publics and publicness. This draws on experience working with public managers and others at the policy/practice interface. It seeks to develop forms of analysis that go beyond both the neo-liberal narrative of decline of the public sphere and its social democratic alternative (2005 Inaugural Lecture; ESRC Seminar Series on Emergent Publics. Publications here include Publics, Politics and Power: changing the public in public services (with J. Clarke: Sage 2009);  Rethinking the Public: innovations in research, theory and politics (with N. Mahony and C. Barnett: Policy Press 2010); and 'Public Leadership as publicmaking', Public Money and Management 2011).

1997 The Managerial State; power, politics and ideology in the remaking of social welfare (with J. Clarke). London, Sage.

'Back to the future? local governance, neoliberalism and austerity'. Accepted for publication in Urban Studies.

'Beyond the deliberative subject? Problems of theory, method and critique in the turn to emotion and affect', Critical Policy Studies, 2013, in press.

2011 'The politics of publicness', in J.Pykett, ed, 'Interventions in the `geography of Libertarian Paternalism' Political Geography, published online 15 June 2011.

2008 'Beyond Modernisation: social care and the transformation of welfare governance' (with C. Glendinning and M.Hughes) Journal of Social Policy 37, 4.

2007 'Consumers enter the political stage: the modernisation of health care in Britain and Germany' (with E.Kuhlmann) Journal of European Social Policy 17: 99-111

2006 'Discursive arenas: deliberation and the constitution of identity in participation at local level' (with M.Barnes and H.Sullivan) Social Movement Studies 5, 3: 193-207.

2006 'More than a matter of choice? Consumerism and the modernisation of health care' (with E.Vidler) Social Policy Review 18

2004 'Central-local relations in an era of multi-level governance: the case of public participation policy in England' (with M.Barnes and H.Sullivan) Local Government Studies 30, 2: 245-265

2004 'The micro-politics of deliberation: case studies in public participation' (with M.Barnes and H.Sullivan) Contemporary Politics, 10 (2) 93-110

2003 'Transforming the probation service: the 'what works' agenda, organisational change and professional identity' (with S. Nutley). Policy and Politics, 31 (4): 547-63.

2013 'But we didn't mean that': feminist projects, governmental appropriations and spaces of politics, in Roseneil, S ed Beyond Citizenship? Feminism and the transformation of belonging. Palgrave.

2011 'Serving the public? Users, consumer and the limits of NPM', in Christensen, T. and Laegreid, P. eds, The Ashgate Research Companion to the New Public Management. Farnham, Ashgate: 349-360.

2009 'Re-evaluating knowledge, reframing problems: what works and the modernisation of adult social care', in H-U. Otto, A Polutta and H.Ziegler, eds, Evidence Based Practice: modernising the knowledge base of social work. Barbara Budrich, 61-76.

2007 'Governance as cultural practice: texts, talk and the struggle for meaning', in M.Bevir and F.Trentmann, eds, Governance, Consumers and Citizens: agency and resistance in contemporary politics. Palgrave Macmillan 49-68

2004 'Governing the modern world' (with J. Clarke) in D.Steinberg and R.Johnson, eds, Blairism and the War of Persuasion: Labour's Passive Revolution. Lawrence and Wishart 2004: 53-65.

I have contributed to the making of several Open University courses, including Welfare, Crime and Society (DD208), Crime and Justice (DD301) and Personal Lives and Social Policy (DD305).

I also taught on international summer schools and programmes for public managers (MBA and MPA programmes) and on doctoral programmes on governance and public policy.

Beyond the deliberative subject? Problems of theory, method and critique in the turn to emotion and affect (2012)
Newman, Janet
Critical Policy Studies, 6(4) (pp. 465-479)

The 'double dynamics' of activation: Institutions, citizens and the remaking of welfare governance (2007)
Newman, Janet
International Journal of Sociology and Social Policy, 27(9/10) (pp. 364-375)