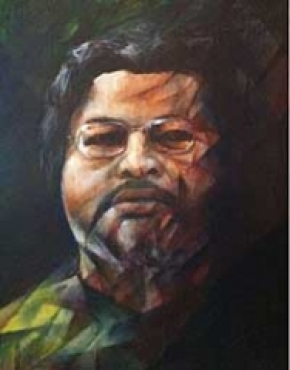 My research interests are divided between modern and contemporary literature in English, cultural studies and political philosophy.

I have led the following international projects with grants from a number of funding bodies, including the British Academy, British Council, Leverhulme Trust, AHRC, Ferguson Trust: (1) Globalization, Identity Politics and Social Conflict (GIPSC) Project, 2002-2006, in collaboration with colleagues and partner institutions in India, Nigeria, China, Morocco, Iran, Bulgaria and the UK. (2) As Joint Director of the Ferguson Centre for African and Asian Studies, 2006-2008, I coordinated projects on contemporary Indian English publishing with a research group from Delhi University and input from the Independent Publishers Group, Delhi; and on the Nigerian moving picture industry with a research group from the University of Lagos. (3) English Studies in Non-Anglophone Contexts: East Europe, 2007-2010, in collaboration with colleagues from three Bulgarian and four Romanian universities. (4) With Professor Richard Allen, Prospects for English Studies: India and Britain Compared, 2011-2013, which involved working closely with colleagues from three universities in Delhi. (5) Principal Coordinator for a collaborative project funded by the Leverhulme Trust, Framing Financial Crisis and Protest: NW and SE Europe, 2014-2016, with partners in Cyprus, Greece, Bulgaria, Ireland and the UK. (6) With Professor Fabio Akcelrud Durão, Entrepreneurial Literary Research, 2016-2017, a Newton Grant funded collaboration between the Open University and the State University of Campinas, Brazil.

Since 1988 I have taught regularly on a range of undergraduate and postgraduate programmes in modern and contemporary literature and literary and cultural theory.

In August 2007, Professor Duro Oni (University of Lagos) and I jointly organized a Nigerian Video Film Festival with support from, and venues in, the Nigerian High Commission and the British Film Institute in London. Recently I have delivered public lectures at the Tate Modern, London; the Stedelijk Museum, Amsterdam; the Wiels Centre for Contemporary Art, Brussels; and the India International Centre, Delhi.

What is Artificial Intelligence?: A Conversation between an AI Engineer and a Humanities Researcher (2020-08)
Gupta, Suman and Tu, Peter H
ISBN : 9781786348647 | Publisher : World Scientific | Published : Singapore and London